Gosh, this will have to be super fast today - need to get sorted out with stuff to take on my 'Sunday snow trek' after this is written on Saturday afternoon. Tons of you joined in again this week, with some SUPER makes to show. This is my speed of lightning snippets card for this week: 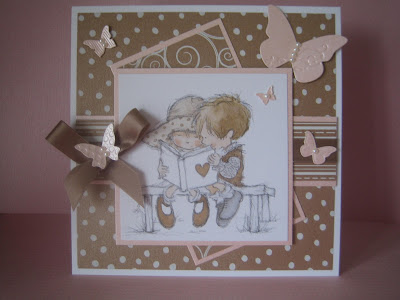 And a peek at the inside: 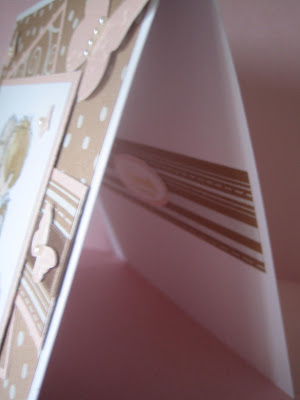 - image is pre-coloured, by LOTV

- and I even tickled up the inside a bit:)

OK, so who caught my eye this week - well, first of all I found this in the Playground earlier today: 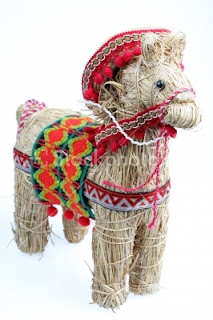 Yeah right, VERY funny. When I said summick would be OK for the roof of the tree house after last week's post talking about thatched houses and little creatures on top of them - this is NOT what I meant, I meant tasteful!

Anyhow, least said about that the better. Here are some of the makes you brought this week which especially caught my eye - although every single one of you who plays should be included! 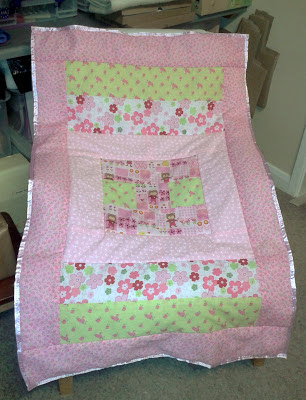 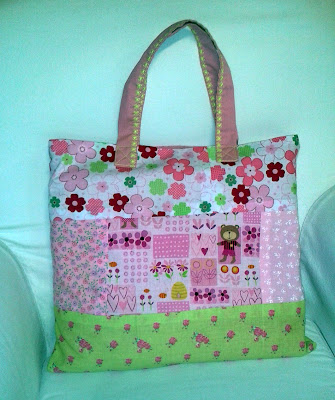 Annie (aka Wipso) joined in for the first time this week - using snippets of material to make quilts and bags for a very worthy cause, plus each one also has a little handmade stuffed toy - do hop over to Annie's blog to find out more. Most of you will also know Jo, Annie's sister, and they are working away like dingbats on these right now. 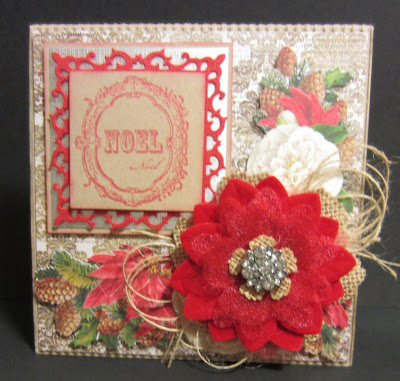 Maureen (aka Scrappy Mo) made this totally fabulous Christmas card - it's beautiful!

And Sarn made some adorable boxes for the mini eggs we'll all be eating before too long. Although I gather she was waving some around in the Playground during the week - almost got killed in the stampede :( Really clever idea and there's also a 'How-to' :)

I wish I could cover every one of you - but if you want to see more just go to last week's post and Mr Linky is there with little thumbnails for you to peruse and visit your playmates if you haven't had a chance to peek already.

The first two goes with the Random number thingy came up as folk who didn't want the Stickeroos, but it was third time luck for:

SHAZ IN OZ
Well done Shaz, if you drop me an email with your address they will be in the post to you this coming week - have fun!

And for this week's draw, I thought  little touch of Spring might be nice: 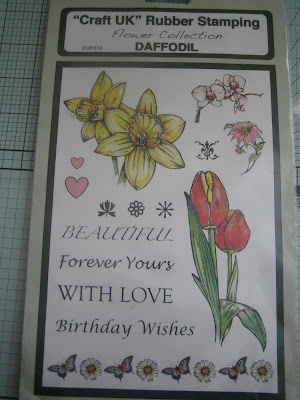 It's a big unmounted rubber set - to give you some idea the daffodils are almost life sized, the whole set is about 5" x 8". And I'll be truthful, it's a set I've had for a while, unopened, bought as a bargain and unlikely ever to be used by yours truly. So I certainly won't be offended if you say 'No thanks'.

If you want to join in the Playground fun and frolics and be in with a chance of winning this set of stamps - the Playground is open all of this coming week but it will close on Saturday 16th February at noon, UK time and Mr Linky is below as usual. Just enter a snippets make into the Playground this week and I'll do a draw after the Playground closes next Saturday. But, as usual I am asking for a snippets make please, maximum of three entries and please say 'No thank you' in a comment if you DON'T want to be entered.

And YAY - I worked out how to get rid of the annoying white boxes that appear round uploaded photos if you have a coloured background - whoop, whoop!! If anyone's interested just say the word and I'll do a post later in the week pointing you in the right direction.