A Friday Smile for Annie and almost missed the deadline......

....for Crafty Hazelnut's Christmas Challenge 109 where the theme is 'Nativity', just squeezed in on the last day: 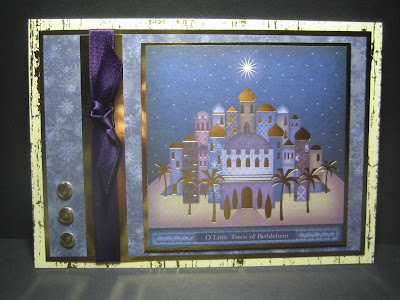 And it's a new month over at Hazel's monthly Christmas Extra Challenge, where it's always 'Anything goes' so I could even be first to play this month.


A special friend called Helena emailed me this and am still giggling here:

It's the caption that sets me off every time I look at it :) So, it's for Annie's Friday Smile.

Being of a curious nature and wanting answers to everything, I Googled to see which was faster - and found that the cheetah can run at 70mph and an ostrich at 40mph :( Then, I spotted the story behind the photo itself.

It's genuine (the caption was added by some wag later) but in fact the cheetah was chasing a hare which is out of the shit shot. The ostrich of course didn't know this and legged it - well, would you have waited to be introduced? Apparently, when it began to tire, the ostrich turned on the cheetah - who then promptly also legged it, back the way it came :) Result, cheetah belting in the opposite direction (probably muttering 'sh*tsh*tsh*tsh*t' to itself), one very bemused and weary ostrich left standing......................and the hare got away. I love a happy ending!!

This will post at midnight Thursday/Friday but am off to bed right now (8:30 pm for goodness sakes!!) as I have a wounded soldier here, needing some TLC after a nasty tooth extraction with some embroidery work by the dentist thrown in just to complicate it - so I'll do the links once we're up and about on Friday morning. Sigh, how many ways can you scramble eggs?

Have a super weekend, whatever you have planned :)