And 'Miss' got caught out - literally

Still up to my eyes in things 'post Reunion' but only just managed to get a look through some piccies that were taken on Saturday evening at the dinner and shrieked with horror then cried with laughter when I saw how I'd been 'had'.

The first photo - from left to right moi, Angie and Mandy (who is the wife of one of our buddy's and now an honorary member of our group - Martin her hubby was behind the camera). It's a happy photo - even though Moira wasn't there with us: 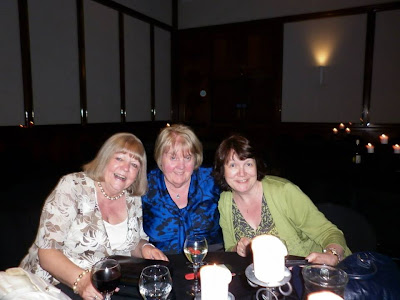 Ahem, then I thought it would be fun to do bunny ears with two fingers waggling behind Angie's head. Angie already knew my camisole top was a point of vulnerability, especially as I'd forgotten to take any 'less sensible/lower cut/lacy' bras with me  but I hitched the camisole up and had my first two-fingered waggle attempt - below: 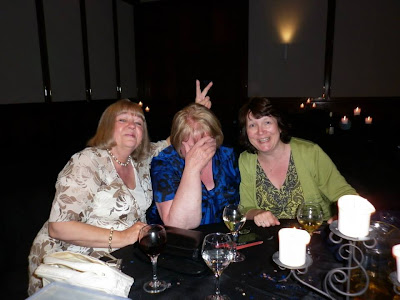 Then I got a bit cocky and did it again - look closely at what Angie did (and I didn't even realise until yesterday when I looked at the photos on the laptop here so she's well out of reach now) - cheeky and totally oblivious me thinks it's such good fun/jolly jape time and there's Angie with the slightly raised eyebrows and that 'I'll show Di' look on her face: 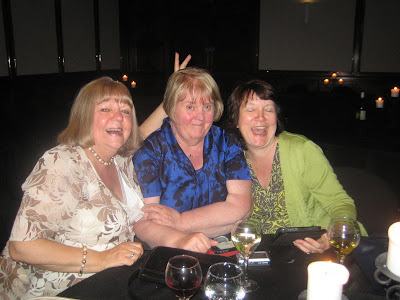 Then immediately afterwards - me still oblivious to what just happened - here we go again, everything back as it should be and Angie hardly moved a muscle! 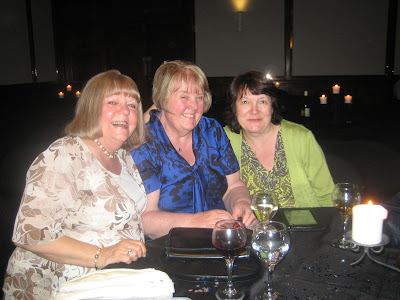 Skipping WOYWW this week as I need to catch up with the Snippets Playground! I'll be round to see you ASAP :)