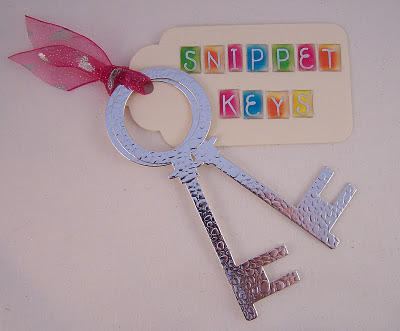 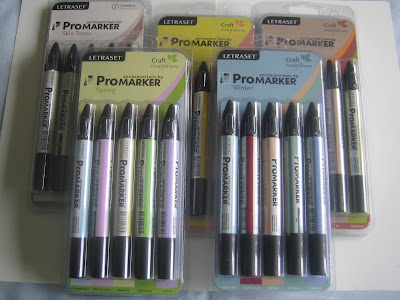 Morning Di, hope the reunion went well and you had a good ole catch up?

Please include me in your very kind draw. They look like a lovely stash of ProMarkers and what a fantastic subscription gift even though it wasn't what you were meant to receive :)

Have a great Monday. Yawn yawn, it's a slow start here today xx

I'm NOT a snippets playmate and I'm NOT a paper crafter so please DON'T count me in on a give away but if you would like to sell the skin tones set please ask me first [really useful for my little dollies :-) ].
Hugs,
A x

Cor! Thanks Miss! Very kind of you . . . I have been so lucky lately please DO NOT include me in the draw.

Hi Di! Wow you are so generous!! I'm sorry I haven't been playing in the playground recently but I actually have a card made for the snippets playground that I was going to post in a week but I will upload it early just for you :)
I would be very grateful for the summer or winter promarkers if this is possible so thank you very much!!
Laura xx

Morning Di, Oh that was a lovely surprise and items that are always needed in crafting as we can go through our pens so quickly its so generous of you to do this l have just recently bought new so please don't include me either and good luck to those who take part you won't be disappointed they are great pens, have a great week di:)x

What a generous offer. I don't want to be in the drawing, but I did want to say that it is so cool of you to offer and so cool that the magazine sent you them.

Hi,
I'm not worthy of an entry into the drawer as I not played out for a long time and I was going to join in again this week but can't find a challenge or linky think. It's a fantastic generous offer, good luck to those who do enter :).

Hope all is well and all went well.
If I manage to get round to entering the snippets this week I do not want to be included in the draw, mostly because I have only entered a couple of the challenges and it should just be for the great stalwarts that have been in for weeks and have given you the support you deserve.

That's a fantastic gift to make it up to you, Di! Too bad that you already have them. You're very thoughtful to host a give!

How lucky for you to get such a nice gift. I've got copics, but none of these kind. Just bought the Letraset metallics. I HOPE to enter snippets, and would love to win these...but there's more folks who play all the time at the playground. So I'm happy for anyone to win such a generous candy! Hope your reunion went well!

How nice that the magazine made it up to you with these! I don't want to be included in the draw as I have just won a lovely prize that I wasn't expecting and I've only been in the playground for a week, but just wanted to say thank you and good luck! Hope your reunion went well!

Hallo Di, what a lovely surprise for you in your mail. I'd love to be included in your draw and was just about to go and play on the swings (have got my cloth to wipe the seat!)If they are all being used will hop on the roundabout moooove over ermintrude.
Am feeling a little better now, still have the tickle but don't think I am infectious lol. Just need some good weather I think, to clear away all the bugs.
Hugs Heidi, ps love the sympathy card down below and completely agree with the sentiment Helen shared. xx

Hello Miss. Just popped in to join in the Playground and visit as I haven't been on the 'puter much lately. I would LOVE to be included as I do not have Promarkers and I very nearly bought some to try. I have Copics but I was wondering if they were much different as where I was buying them stopped selling Copics.
That was very nice of the magazine to send them to you and very kind of you to share them.
Hugs. I will colour nicely and not ruin them. Promise Miss!
xx

How did I miss this, lol!! I've never tried ProMarkers of anything like that so would love the opportunity to win a set, I also made a Snippets card this week too! Hope you're having a fabby trip back home!

Hope you enjoyed the reunion. This is a very kind and generous offer - I'd love to have the opportunity to win a set x

Another reunion enjoyed by all...well done! Just remembered to add in my "I'd like to be added to the prize draw please" comment. Phew...my mind isn't on this at the moment, but I'm trying to do it all right....! Fingers crossed.