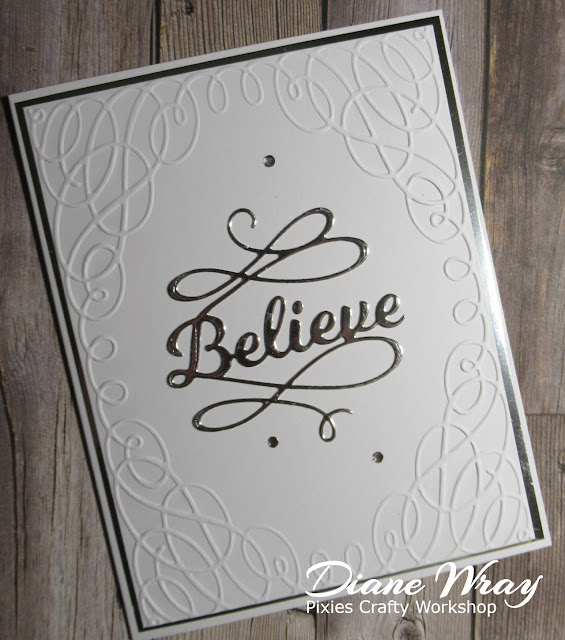 - slightly smaller snippet of silver mirri card, glued to the card front as a 'frame'

- piece of white card stock (used part of a Craft UK 5.75" x 5.75" card to have exactly the same shade of white - a trick I often use. Mind you, Samuel Taylor's white card stock which I use for Pro markers is also a great match in shades of white - thanks to Sarn for introducing me to this at Ally Pally ......... a lot of years ago now!

- glued the die cut sentiment to the card front, using a glue pen

I made two of these at once, I just like the clean and fresh look - dare I say almost elegant?

And this is today's prize, both from me: 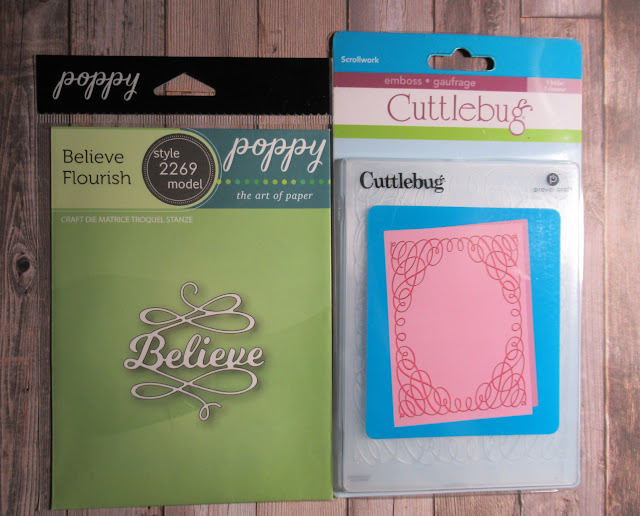 A Cuttlebug 'Scrollwork' embossing folder, plus a Poppystamps 'Believe Flourish' die - which cuts like a dream!