Here's the 19th prize in the 'Snippets Playground Christmas Draw': 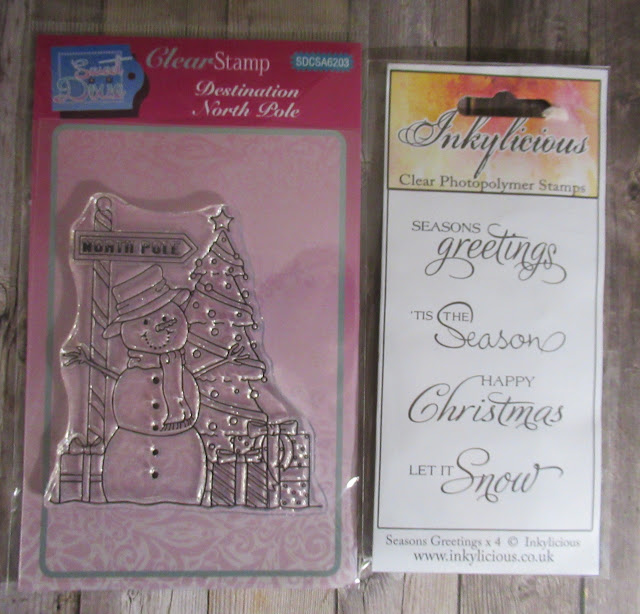 By now, Santa most certainly is back home at the North pole having a well earned rest before he wakes up to see the New Year in. ☺ We have another Sweet Dixie stamp from Jackie T plus one from me. The Sweet Dixie stamp is called 'Destination North Pole', so cute! The Inkylicious sentiment stamp set is a favourite I've often offered for Grand Draw prizes, but I don't ever tire of it - it's called 'Seasons Greetings'. And of course, if you previously won the sentiments but have a yen for the snowman I won't split the prize, but, if you win, then you can always give the sentiments set to a friend, at your end.