LOVE is forever and a new (to me) technique

Almost a year ago I bought this stamp set and it's a first outing for it: 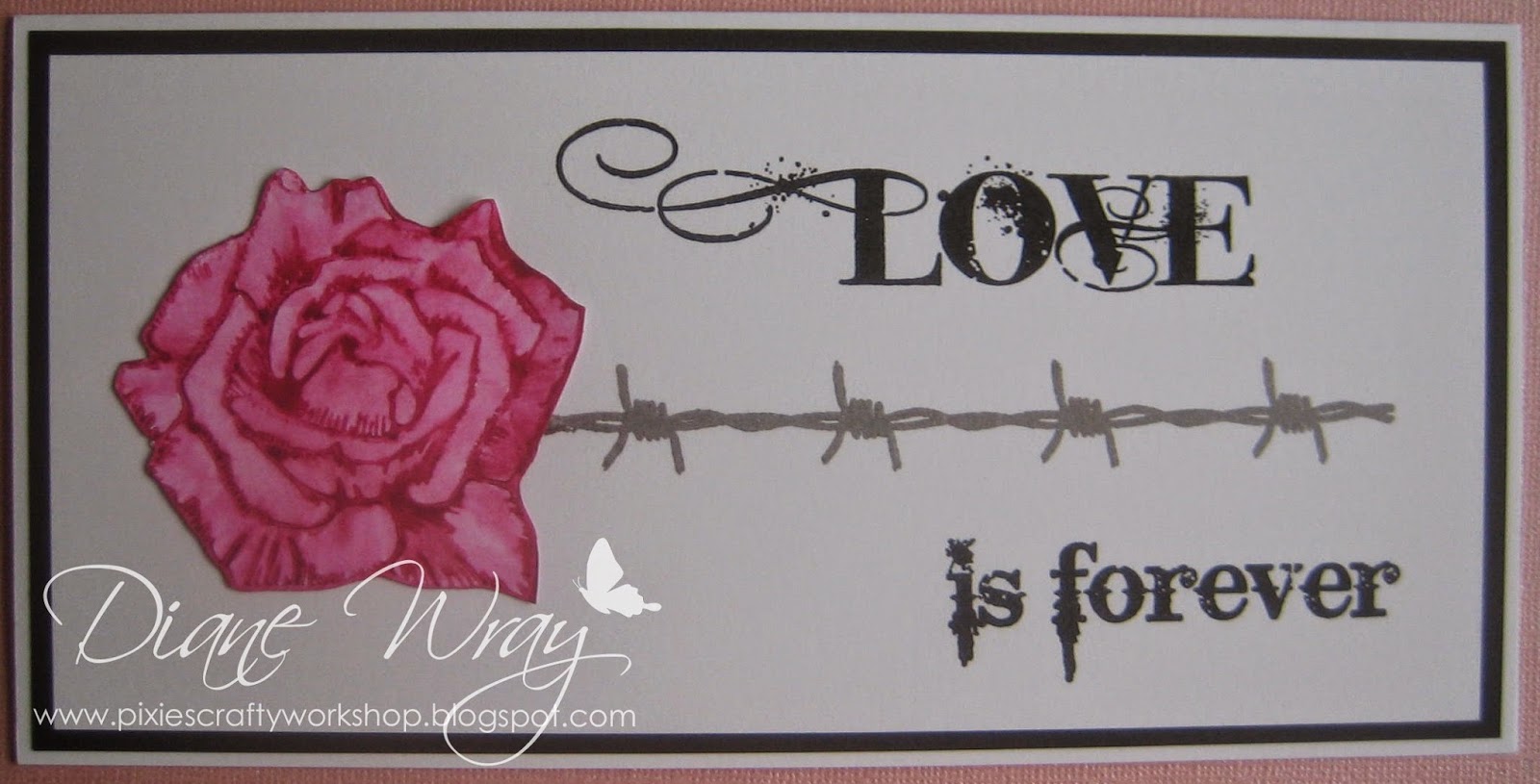 I wanted to use a technique that Sheena Douglass showed on Create and Craft TV quite a while back and thought this set was good for a first try.

- black card stock for the frame

- white card stock to stamp onto (in fact I generally cut a matching card blank up to get exactly the right shade of white - whoever knew there where so many shades of white huh?!). And of course I keep the other half with the rest of the same card blanks for another time

- a snippet of white card for the rose head to try out this 'ere technique. I used a rose stamp as well as also used 'Ruby Red' from my Twinkling H2O's. What you do is to spray the H2O paint and let the pot stand for a while until it goes creamy, as you would normally. Then, using a flat headed bristle brush carefully paint all over the stamp, much as you would if you inked it up. Then stamp onto the snippet of white card - I found I needed to press really firmly for a good image. Then, take a water brush (or you could use water and an ordinary paint brush) and just pull the colour in from the stamped outline, following the natural shading

And much to my 'well knock me over with a feather' surprise, the in-house critic really liked the result! I thought he might think the barbed wire was a bit weird but it got the thumbs up :)

I know the technique probably isn't new to lots of you, and we do use other mediums such as Distress Inks in a similar way, but this really has made me look at those sad little neglected H2O's and several other stamps in a new light. Certainly worth a try if you also haven't tried it yet :) Just be prepared for the watered down H2O to be quite a lot paler than the outline of course, something to think of when picking colours to use.

Been busy here doing other things besides crafting so I'll be playing catch up on Playground commenting today, if I haven't already done so!