The current challenge over at Less is more is 'Flowers'. I have a gazillion flower stamps here but decided to try out a new die instead. That's when the fun began: 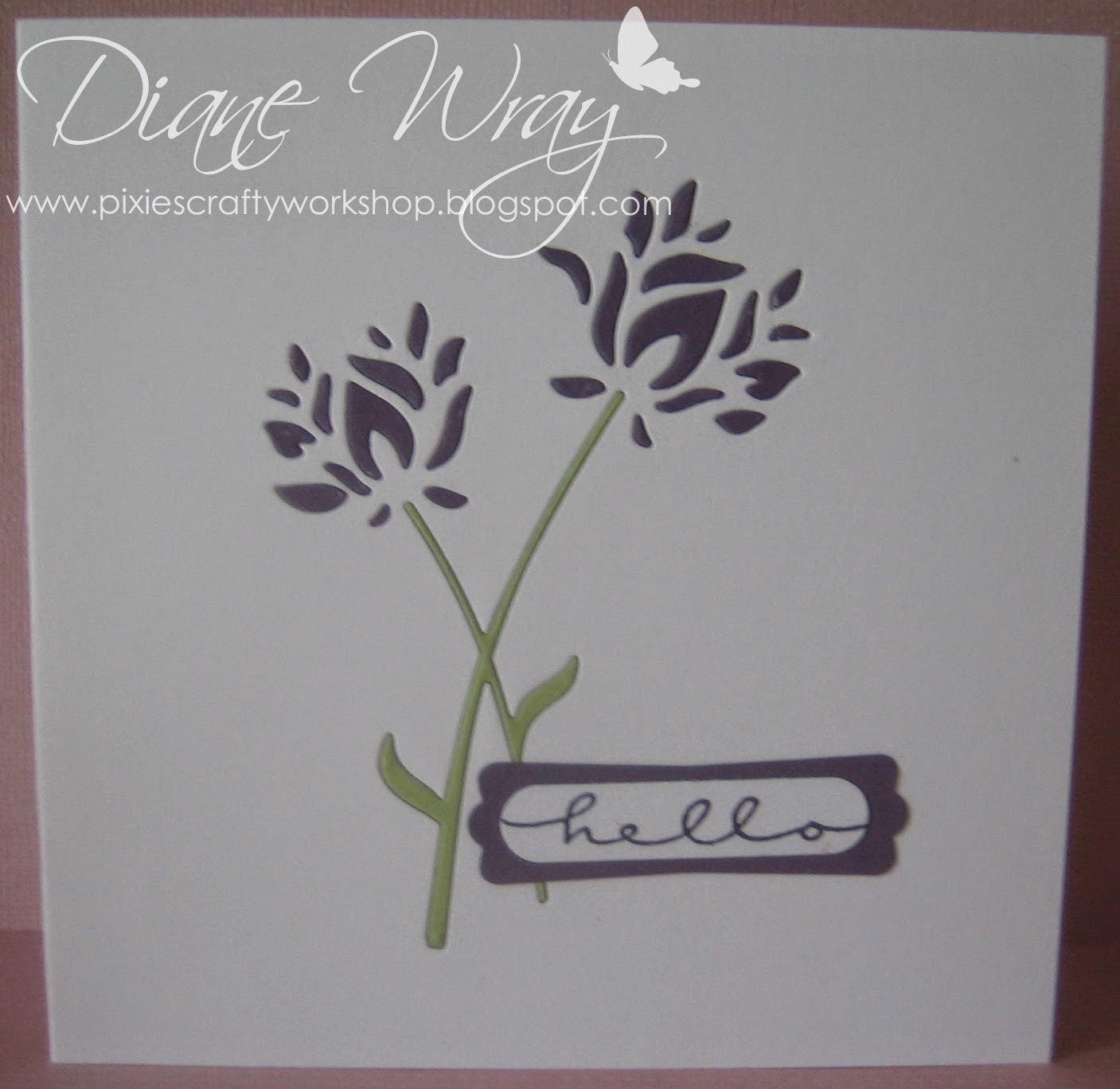 - a Memory Box 'Wild Blooms' die. Looking at the die before attempting to cut it, the asses ears went up here :( It's a lovely die but ALL of the petals cut separately - sheesh. First I thought about using the die as a stencil (one for the future), then I thought about just backing the outline with coloured card - but that would have been waaaaaay too easy. First of all I cut the die into the front of the card blank and decided I wanted to 'inset' the stems and flowers and there were a lot of little petals to play with - did I really need to get the glue pen out to stick each one individually?

Then I had one of those 'I'm not really as stupid as I look' moments and backed the die cut aperture with Woodware double sided sticky film and added a piece of white card behind (ie. inside the front of the card, cut just a little bit smaller than 5" x 5"). That left me with a nice lot of sticky little apertures. I die cut the stems using a snippet of SU's 'Certainly Celery' card stock and popped those into place - easy as it's just one piece. Next I die cut the flower heads portion using a snippet of  SU's 'Perfect Plum' card stock and very carefully lifted the cutting plates apart so as many pieces stayed in place as possible. That meant, apart from a few stray pieces, that it was easy peasy just to pick up one little piece at a time and pop it onto the card in its rightful place rather than trying to figure out what went where.

- the sentiment was stamped using a favourite stamp from a Stampendous set called 'Happy Messages' and a Memento 'Elderberry' ink pad, then punched using SU's 'Word Window' punch and popped onto a backing which was punched using SU's 'Modern Label' punch

I've managed to catch up on Playground commenting, Monday was such a glorious day I was out and about quite a bit :) Then I came home and just collapsed relaxed in the sunshine!