The current challenge over at Merry Monday is to include 'Christmas Food' on your card, and I almost missed joining in :( I have less Christmas food images here than you can count on the fingers of one hand, so I went hunting online. One image really tickled me, an anxious turkey holding a placard saying 'Eat ham' (for our American friends, many people tend to eat turkey over here at Christmas, much as turkey is traditional for Thanksgiving in the USA).

Then, I found another image online, perhaps less emotive and very cute - this is the card that resulted, and we do know a few 'froggy folk' who would probably like this one, as opposed to an anxious turkey waving a placard: 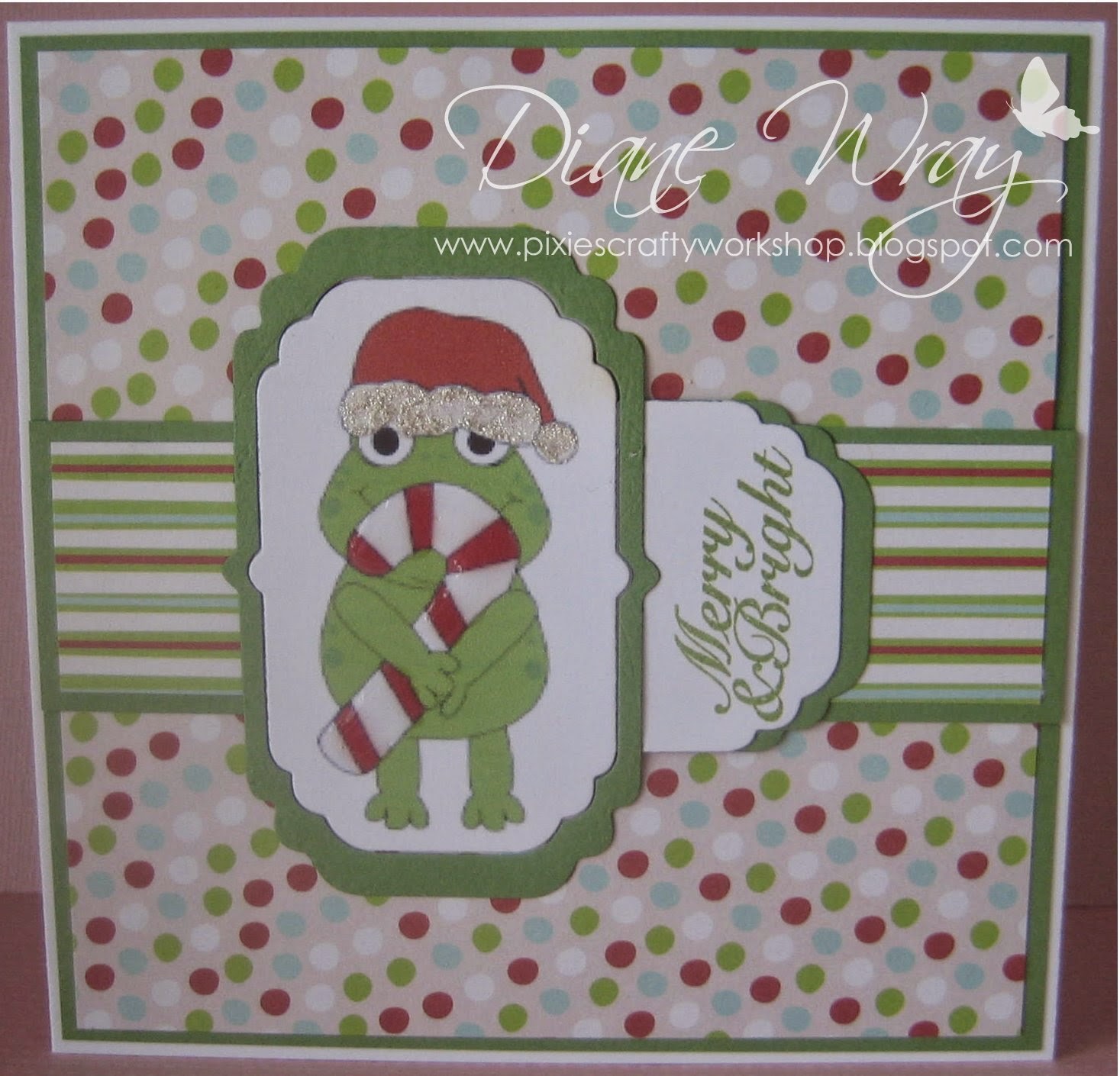 - free pre-coloured image of the frog hugging a candy cane, from My Cute Graphics.

- patterned papers from Dovecraft's modern 'Back to Basics' Christmas pack

- then came the point where Dumbo almost wrecked the flipping card :( Applied Marvy 'Liquid Applique' to froggy's hat trim and left it to dry overnight - so far, so good. Had already had a practise on a spare piece of card which worked fine but this time mistakenly used the heat gun on the high setting - snigger, it puffed up fine but almost looked like the slightly browned top of a lemon meringue pie, overheated! Ran three times round the walls in despair and then just picked the offending applique off and covered the trim area with clear 'Wink of Stella' before adding Glossy Accents to the candy cane

Isn't it odd how a card that seems to be very straightforward can give you serious palpitations? :(