Crumbs, it's the penultimate Rudolph Day of the year over at Sarn's - how did that happen so soon? Here's my two cards, both identical: 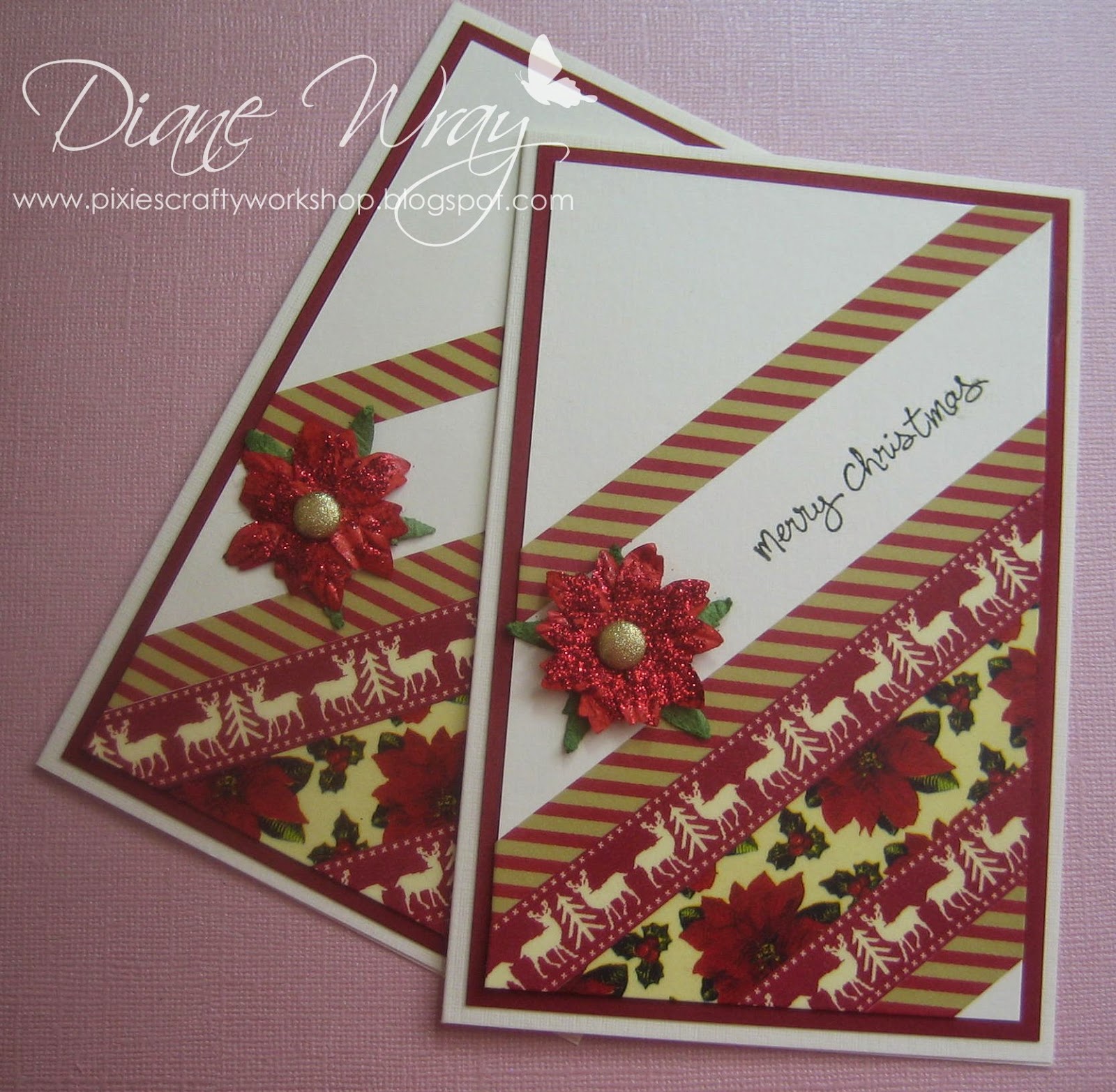 - a further A6 cream linen card blank chopped in half and then trimmed down. I then flipped it to use the smooth reverse of the piece of card as there would be a sentiment stamped

- final touch, an already altered Wild Orchid Crafts poinsettia. Made a load of these way back in November 2011 which you can see here. I'd taken out the garish yellow centres, painted the orangey (shudder) red parts with Anita's Glaze and then dunked them into red glitter which changed them to a much richer red. Once dried they had Papermania sparkly gold brads popped into the centres

So that's my October Rudolph Day offering for Sarn - remember it runs until the end of the month so you could always combine it with your snippets entries :)