Whilst rootling through the box of last year's 'received' Christmas cards, kept to upcycle, I came across one card front with a beautifully made sentiment topper that's been longing for a little makeover. This was the end result of literally ten minutes work: 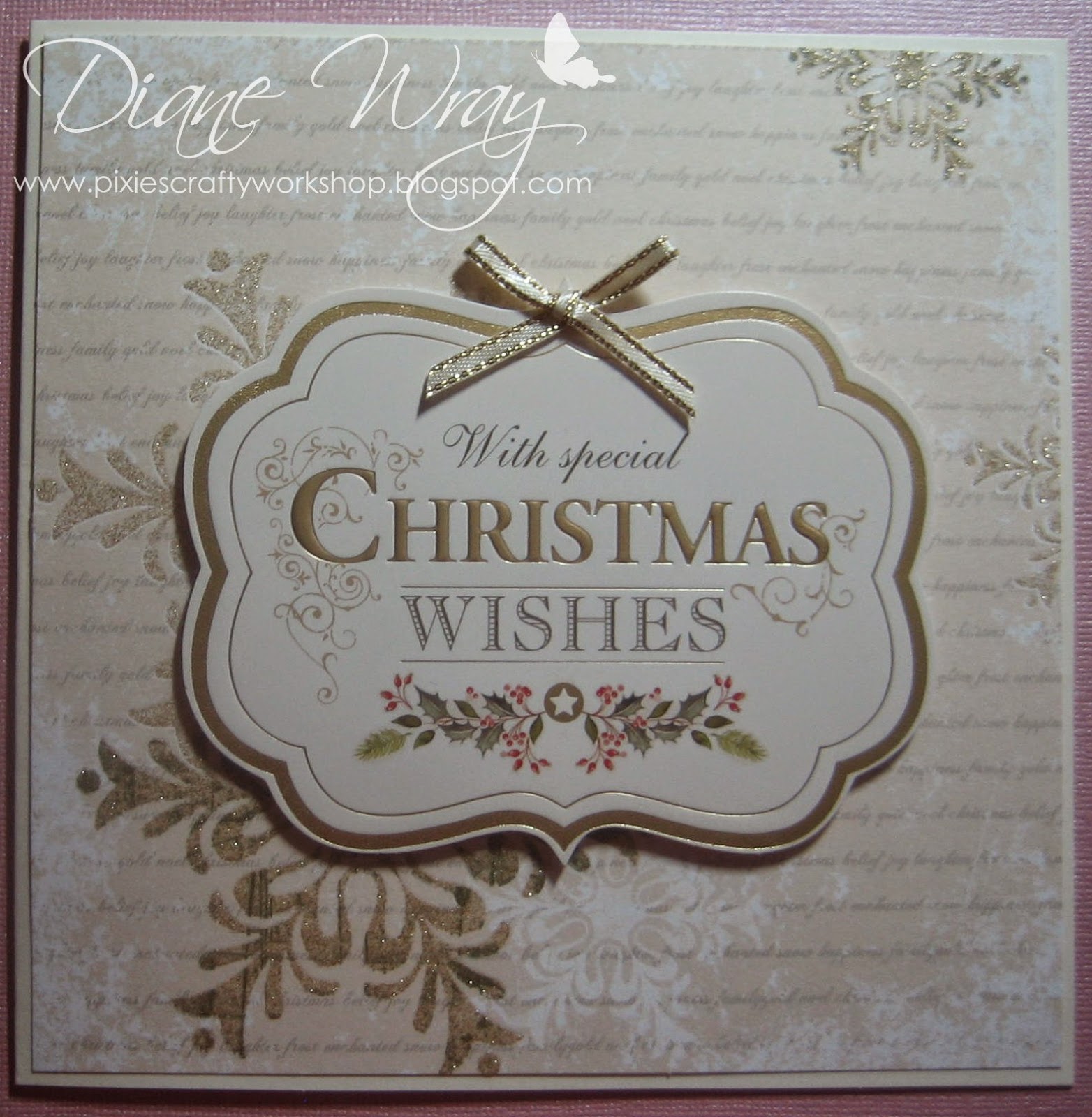 The trickiest part was removing the sentiment topper from the plain gold card front. Little tip, in order to avoid bending or creasing the topper (which was on a large sticky pad), I placed the card face down on my cutting mat and then gently prised the card away from the topper. That way, the card front which I was discarding could be bent whilst the sentiment topper was held down flat. I learned that trick a while back, the hard way :)

- a trimmed slightly smaller gold 'flittered' backing sheet from First Edition's 6" x 6" paper pad called 'Gilded Winter'. I love this pad (bought from Hobbycraft recently) as it's 64 sheets, with a lovely mix of papers, some foiled, some glittered, some double sided and some sort of glazed

- the sentiment I already wrote about - I left the existing large sticky pad on the back and just added some narrow strips the same depth on all four sides. Also moved the teeny bow as it was at a bit of an angle and not centred properly, just by a gnat's whisker and re-stuck it using Glossy Accents