There's a special challenge going on over at Jingle Belles, and it would be great if some of you could also join in. It only runs until Wednesday 22nd October but for every single entry - which must be made using a noticeable amount of pink as it's Breast Cancer Awareness Month - the ladies who run the challenge will be donating $4 to the Susan G. Komen Foundation. What an incredibly generous thing for them to do!

Hettie (aka Sam) gave some of us a prod to join in and this is my offering - which I absolutely loved making of course, due to being just a teeny bit partial to pink: 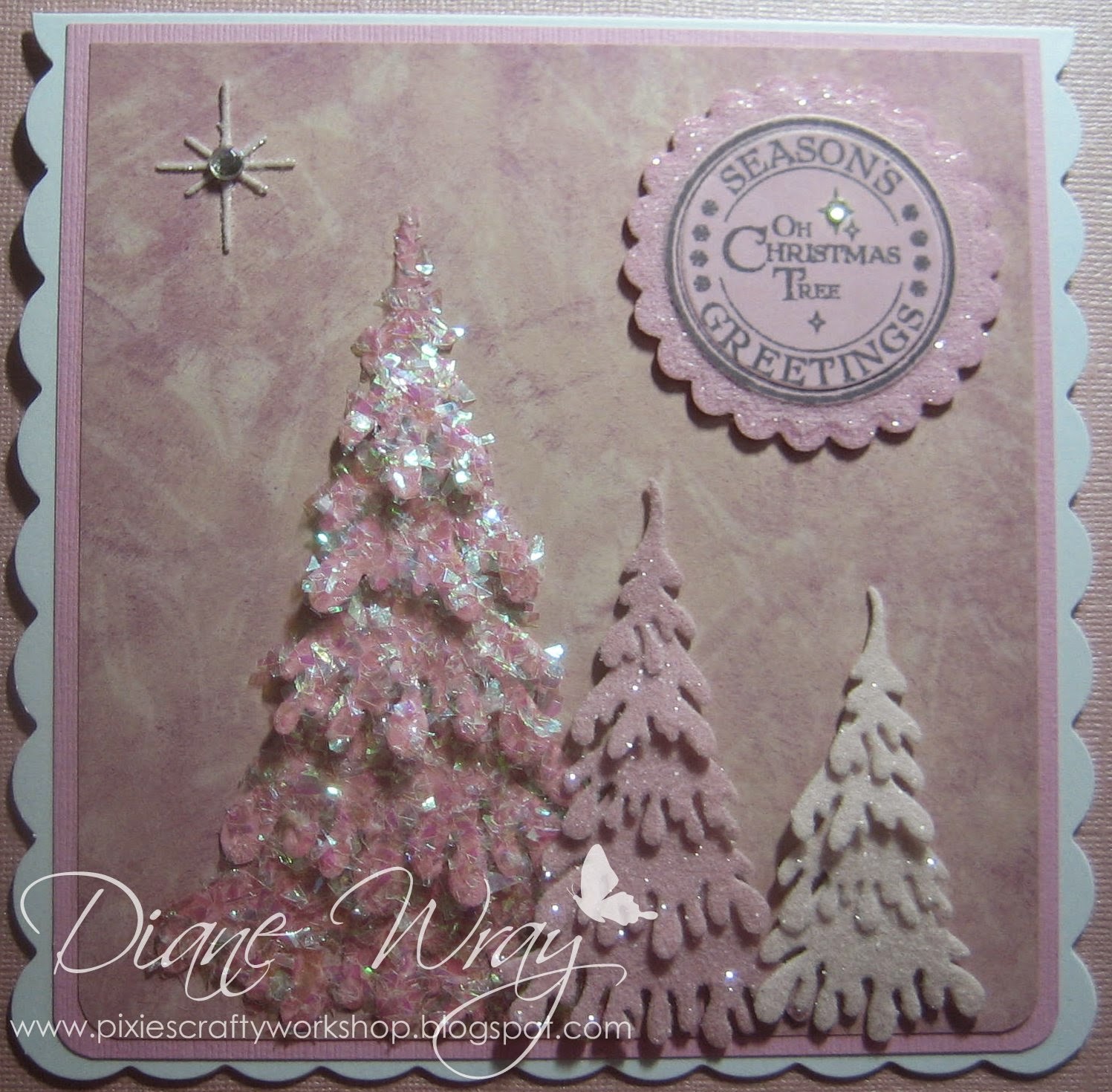 - then dug out three different pink snippets of card and covered them with double sided adhesive paper (not the intricate die stuff though as it was the fronts I wanted to play about with). Then cut one large and two small trees using Dee's Distinctively dies called 'Stacking Trees'

- each tree was then assembled onto the card, large one first then a small pink one followed by  another small pink one which I left the bottom layer off. That's the beauty of these dies, you can reduce the heights to suit - used sticky pads for the trees which were layered over the largest one of course

- the sentiment is LOTV from their 'Christmas Circular Sentiments' set, stamped in Memento 'Gray Flannel' onto a snippet of pink card and die cut with a round Nestie. Then I cut a slightly darker snippet of pink card (covered with double sided adhesive)  with a Classic Scalloped Circle Nestie and dunked it into Cosmic Shimmer 'Diamond Sprinkles' before sticking it onto the card with sticky pads

- using a teensy snippet of leftover pale pink card, already covered with sticky on the back, I added some more sticky film to the front and  die cut a Memory Box 'Star of Wonder' - again dunking it into Cosmic Shimmer 'Diamond Sprinkles'

- final touches, two Aurora Borealis gems, one in the centre of the star and a small one on the star on the greeting

Oh how this sparkles in real life! And I have to confess that I've wanted to make a card with pink Christmas trees on ever since I was sent one a couple of years ago by a lovely blogging friend - I bet you know who you are :)