Yay, it's here again! Plus, Sarn has changed the rules a bit - you have to make (at least) TWO Christmas cards for your entry, in the same post. At first I wondered if I could manage that but it really was a bit of a walk in the park - I ended up making three very similar little cards and it really was loads easier to 'batch bake' them whilst all the ingredients were to hand :)

And here's a closer peek at one: 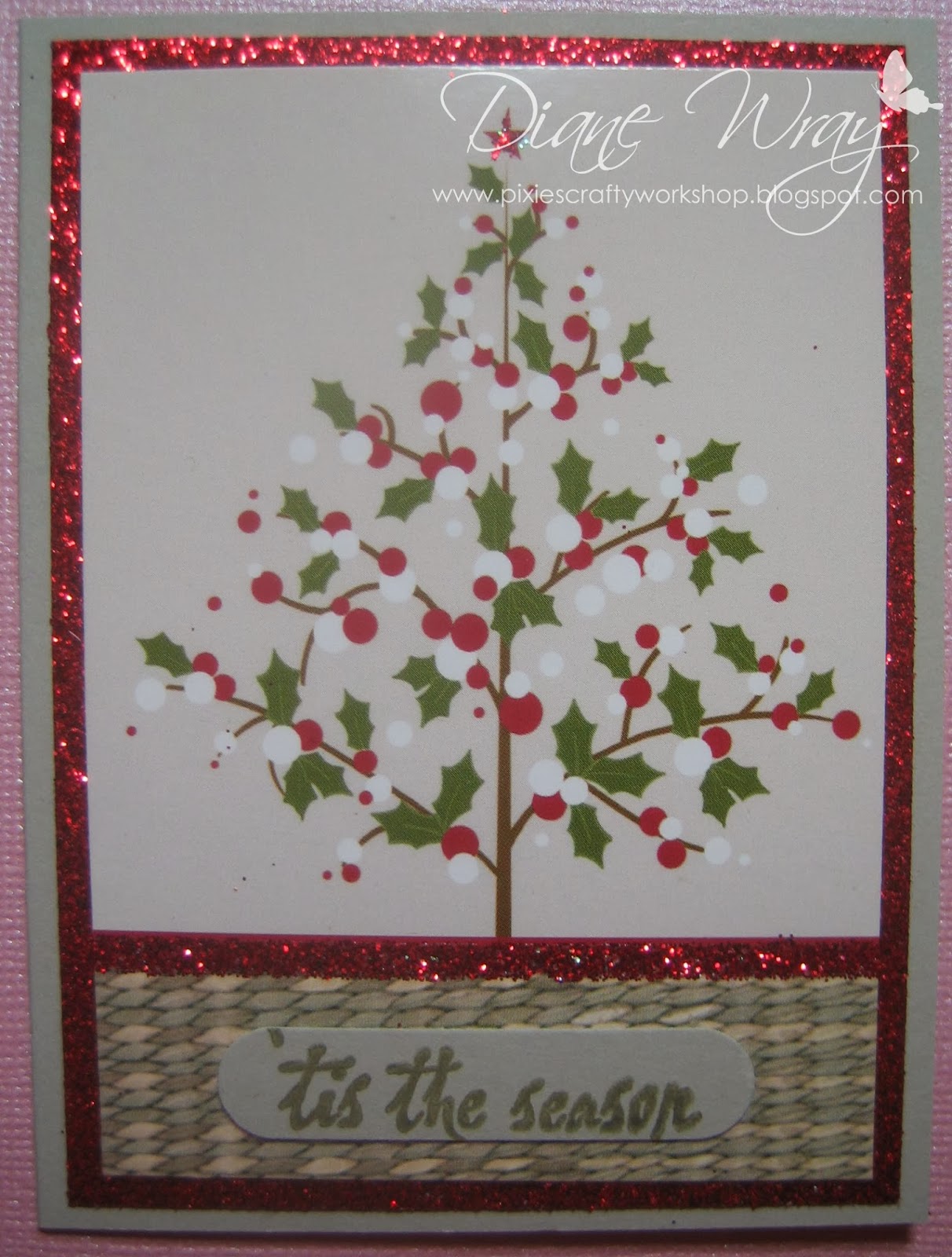 - a single card from Christmas 2012, which came with three different trees side by side already with a strip of red glitter across

- some red glitter card to make the 'frames' - from a big pack of assorted A6 glitter sheets, bought in Hobbycraft's sale for coppers last week. A perfect match to the already existing red glitter strips, you can't really see the join, wahoo :)

- sentiment by Personal Impressions from the 'Many Greetings' set, stamped with VersaMagic 'Hint of Pesto' and punched with SU's 'Word Window' punch

Three super fast little cards for the box - it took me a lot longer to clear up all the red sparkly bits of glitter here!

I love Sarn's new rule - and found 'batch baking' fun (unless you're making absolutely tons all the same I suspect - she says, recalling making Wedding invitations a while back). Why not join in - if you start now you'd have at least 22 Christmas cards made by the end of November. They don't have to be the same, plus Sarn now allows folk to link into as many other challenges as they like.

So, these cards are for:

Rudolph Day over at Sarn's

Craftyhazelnut's Christmas Challenge Extra for January where it's always anything goes.

And that makes a total of 10 in the box here already :)