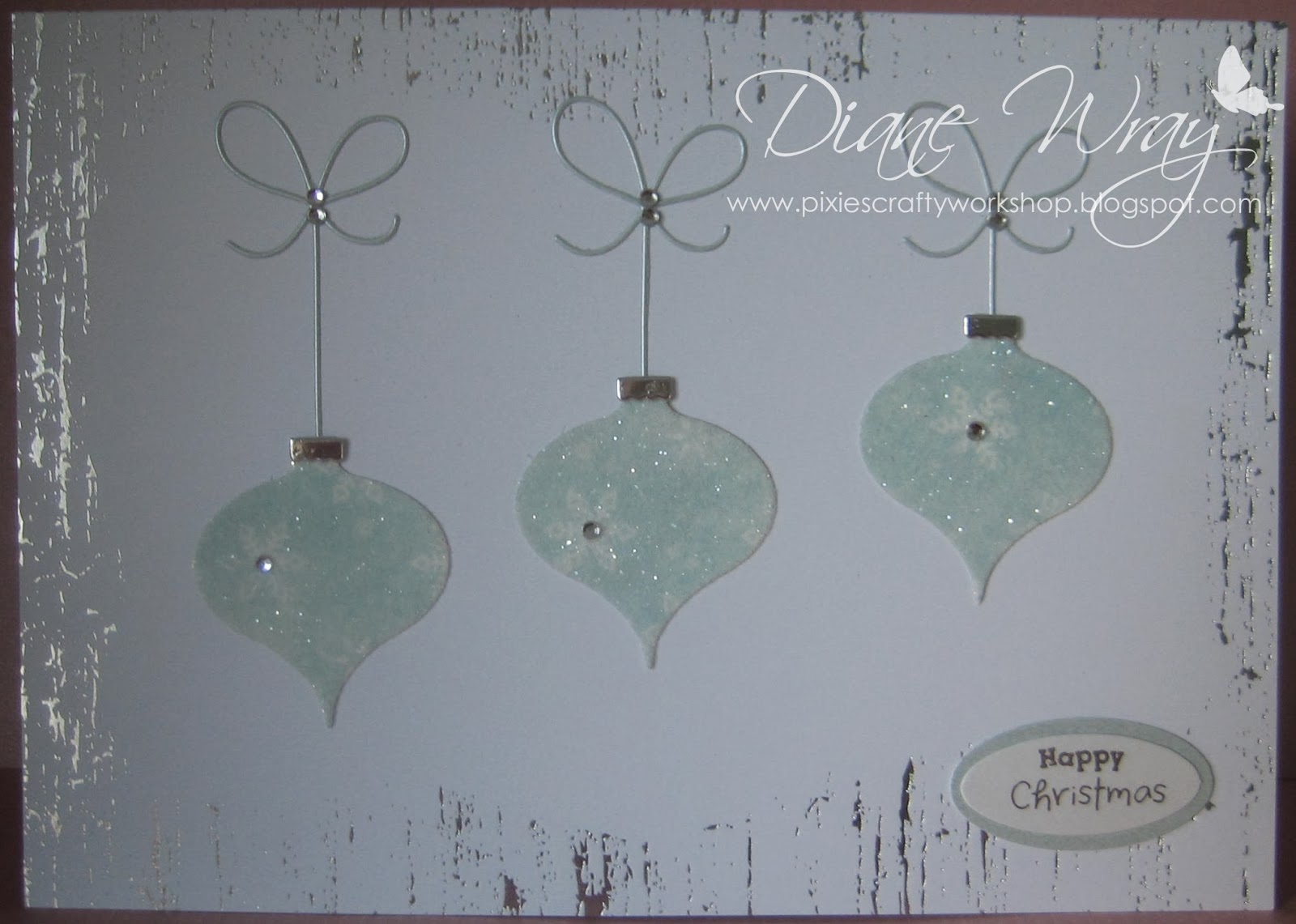 I did make this card with one challenge firmly in mind 'Merry Monday', where you have to use an ornament or ornaments on your card. And, later I also spied that  the new challenge over at 'Jolly Holly' is to use blue and silver on your card. My blue is a very soft baby blue, even though it does veer towards pale turquoise, so I was on track!

- A5 card blank which is from a pile I bought ages ago, they came already edged with silver

- snippets of matching pale pearlescent blue patterned card to die cut the ornaments/baubles using a Memory Box die called 'Classic Ornament'. Before cutting the baubles I covered the patterned snippets with double sided adhesive and then, once cut, the top layer of film was peeled off and the bauble sprinkled with Cosmic Shimmer's Glitter Jewels 'Diamond Sprinkles'. The 'caps' for the baubles were cut from a teeny snippet of silver card

- the sentiment is silver script on a white oval, made by Craftwork Cards and layered onto an oval punched snippet of pale blue pearlescent card