We don't send many Easter cards but the other day I rustled up four, all the same: 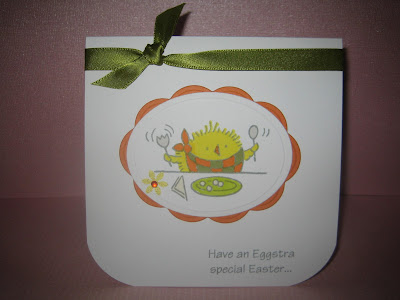 Had a real little card production line going here - and am now in the throes of the next production line, my old school newsletters, sigh. 600+ of those little perishers plus two flyers in each envelope to label, stamp, package and post. Still, this is almost the end of my stint at doing them - one more issue to go and then it's someone else's problem turn :))

Have a great weekend!