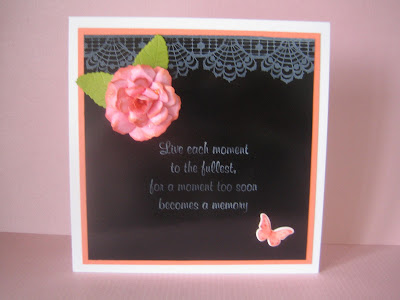 - a hand made rose and butterfly, both in apricot