Yet another busy week in the Playground - with lots of beautiful makes and here's my snippets card for this coming week: 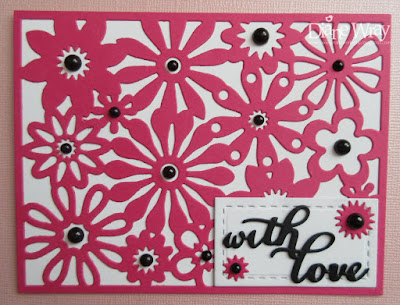 - the die cut the pink card snippet, having backed it with Stick-It adhesive sheet, using a Die-namics MFT die called 'Floral Fusion'. Love this die as it's great for covering the whole front of a card - and the possibilities for variation are endless

- stuck two snippets of white card on top of one another for extra rigidity and die cut a stitched rectangle using a die from the Lil-Inkers set, stuck it on the bottom left corner of the card using red line tape

- next, covered the back of snippet of black card stock with snippets of Stick-It adhesive sheet (you can patch these easily so never throw away any leftovers!) and cut three sentiments - using a Waffle Flower 'With love' die then layered them on top of one another

- then went a bit mad with black pearls in three different sizes :)

Showed it to the in-house critic - 'a bit in your face isn't it' was a observation - not the die cuts, it's the bright pink that made his teeth itch! :) I do think it would be really pretty in pale colours, or white and silver for example (and would work beautifully as a stencil I'm sure) - but wanted to show the die off properly so you could see all the detail, 'cos it's part of this week's prize of course!

Now straight onto the weekly picks: 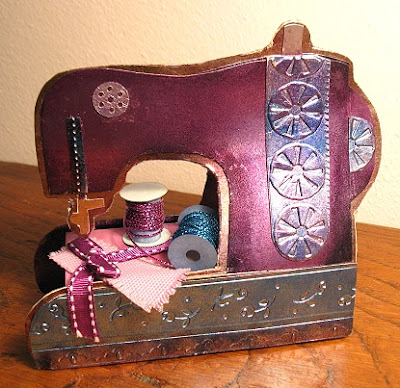 This sewing machine one of those snippets makes that stops you in your tracks - brought to show by Alice (ScrAPamondo) - and absolutely stunning with so much detail! There's even a little drawer at one end. It never ceases to amaze me how ingenious and inventive you girls are! 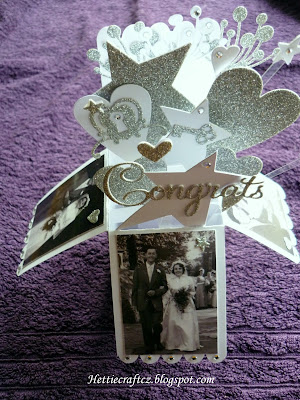 Our Sam (aka Hettie) made this wonderful box card for her parents' Diamond Wedding Anniversary. What a totally sparkly and  fabulous creation - I LOVE it. Such a lovely idea to incorporate photos of their actual Wedding Day too! 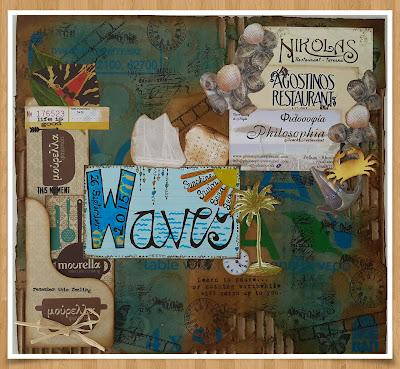 Jane J recently had a holiday on the Island of Rhodes - and she did some crafting whilst there. I think this is such a great idea - a holiday Moment incorporating many happy memories to savour once back home - even the circles were made by using the tops of bottles as tools!! I did giggle a bit, do hop over to Jane's blog to see the photos - she was even crafting on the flight over to her holiday! 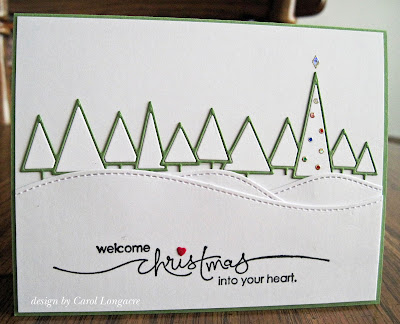 And from sunshine we hop straight into snow :) This gorgeous Christmas card was made by Carol L - I picked it because it's so fresh and clean, with wonderful use of snippets too! I don't have this actual die but am sure the Memory Box 'Pine Border' quite similar dies could be used to CASE this elegant card, with a little bit of jiggery pokey :) 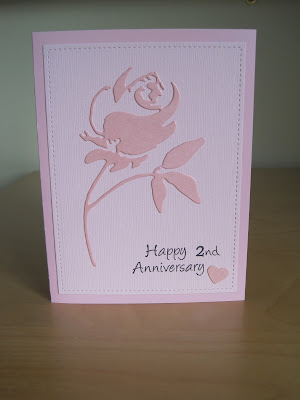 Carole L has been making a slower than hoped recovery from surgery (we've both been sitting on the bench in the Playground watching you lot have conker fights) so please let's wish her well. And, I picked her card because it summed up how snippets and a couple of shapes can make for a really elegant card. The rose die is a Penny Black one BTW. 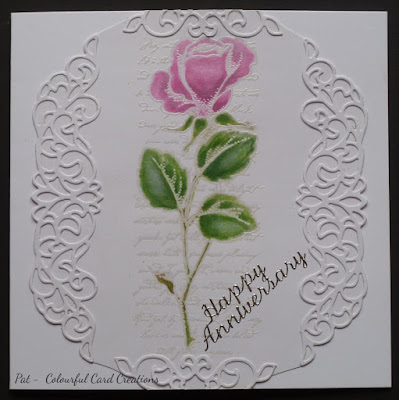 And here's another lovely pink rose, brought to us by Pat. Such beautiful water colouring and the die cut framework is absolutely lovely. 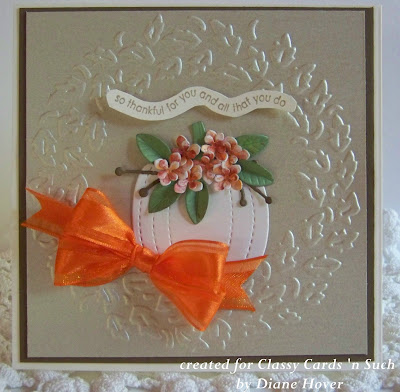 And last, but by no means least, here's a really gorgeous card - brought to the Playground by Diane H. I think it's absolutely beautiful and it's such a wonderful take on the inspiration photo over at Diane's - probably one of the best takes I've even seen in fact! See if you agree: 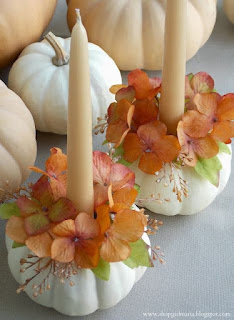 So, that's the weekly picks - always such a difficult job to choose as each and every entry is always a real delight.

We have two new playmates this week: 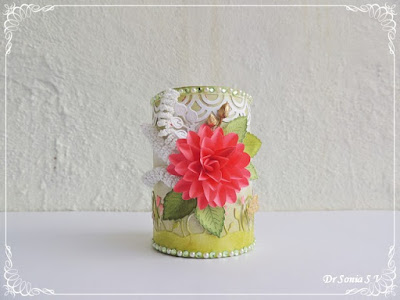 Sonia entered three times, and this pen pot is one of her beautiful makes - a very talented lady! 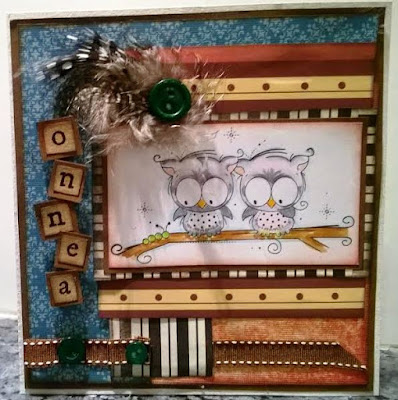 A crafter who added her name as Repolainen brought this fabulous owl card - I do so love how the feathers make such a gorgeous finishing touch!

Hope to see you both in the Playground again!

And of course it's time for the draw for last week's prize of the Winnie and Walter 'In a Word: Friend Cutaway' die and the Marianne 'Don and Daisy - DDS3324' stamp.

This was serendipity for sure, I ran the number generator and the first person out, although they'd commented, hadn't said one way or the other about the prize so I take that as a 'no thanks' - which is absolutely fine. Ran the Random Number Generator again and who should pop out:

SarN
I squeaked with sheer delight here as Sarn was really keen to win this prize (most weeks she just plays for fun) and had entered three times. It's absolutely pure coincidence - but a very happy one that her number got drawn!

Next, our prize for the coming week and, as already said, it's a Die-namics MFT 'Floral Fusion' die - very kindly donated to the Playground toy box by Darnell, a good while ago. And, I've added in a Waffle Flower 'With love' die. So both items are duplicates of the ones I used today: 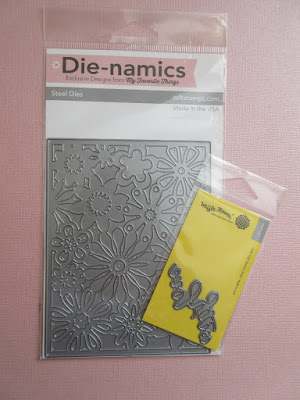 As I've said before, I really do have a Playground toy box here along with a little notebook to keep track - so if you sent a prize and it hasn't appeared yet, rest assured it will!

The Snippets Challenge will run for one week and the Playground gates will close at 11am UK time on Saturday 10th October. The gates will open again at midnight UK time on the same day.

Maximum of three entries and please say in a comment if you wish to play and be a possible winner of the prize. Do say if you only want one or other part of the prize (one or both dies) but both are up for grabs as one prize of course. And please also link back to the Playground in your blog post to be eligible for the draw.

I've emphasised the bit about saying 'yes please' if you want to be in the prize draw as I do have a slight suspicion that the first person drawn this week might well have wanted to be in the draw - but they didn't say so - so I did a re-run. Am sure Sarn will be delighted though :)