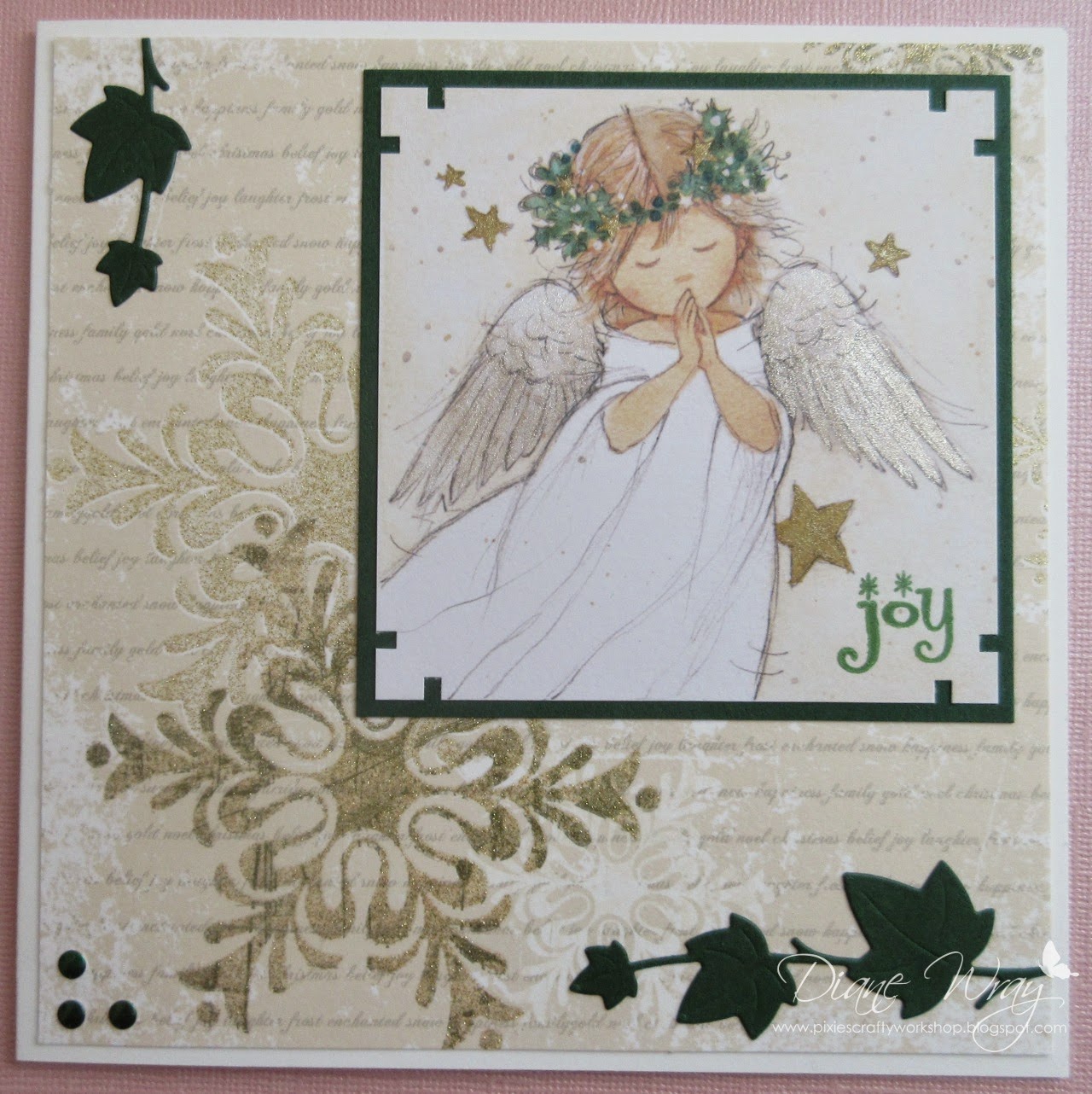 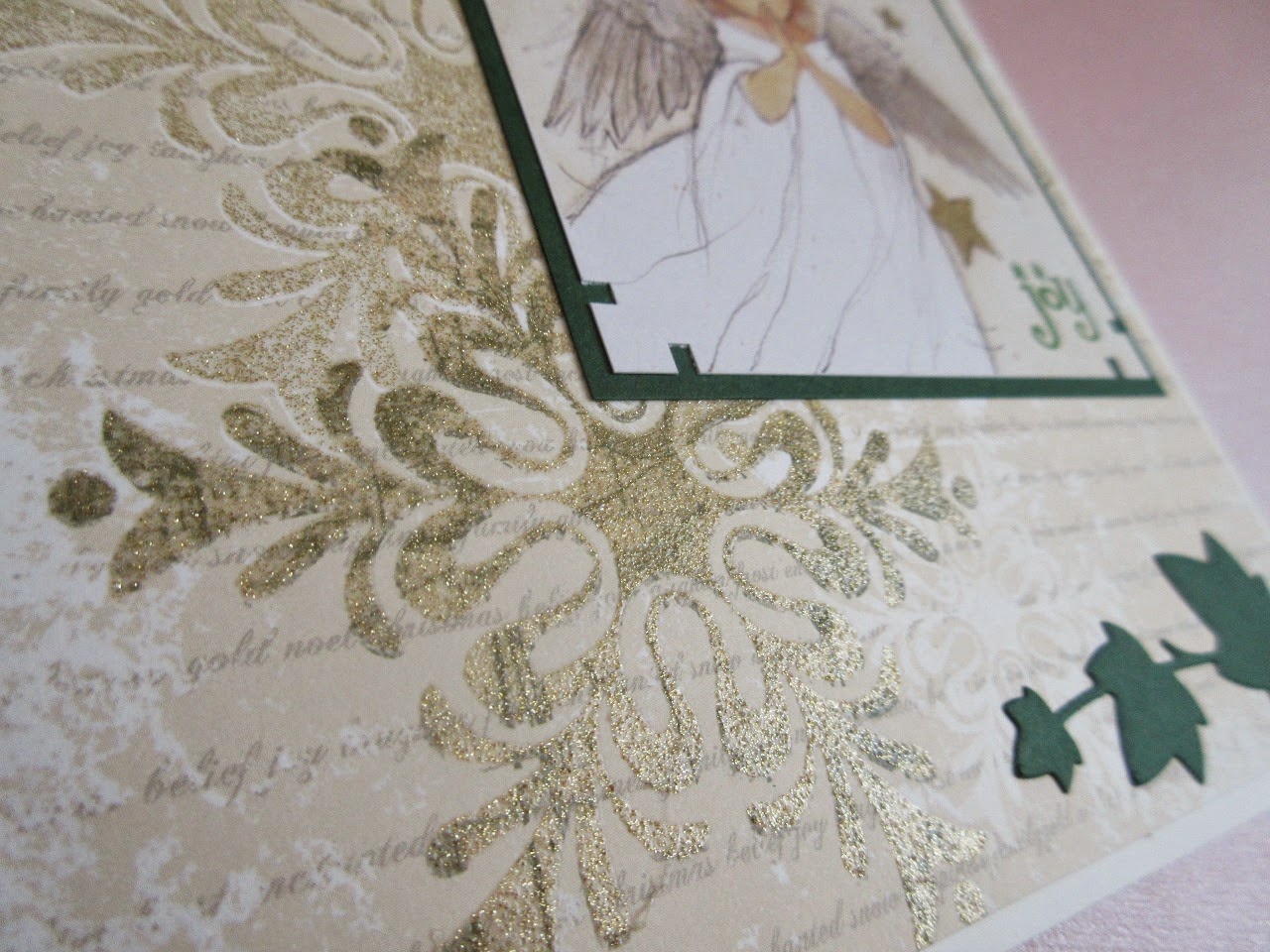 Super sweet card, Di! I just have to get an angel card made for MM--thanks for the inspiration!

Aww . . .that is one super cute and angelic Christmas card Di . . . and you have THREE of them!

The angel is so cute with the wreath around her head and love the added touch of the die-cut leaves! Thanks for playing Merry Monday this week!

Love your cute Christmas angel Di and the pretty shimmer you have given her which complements the equally lovely shimmer in the background. Beautiful! x

Lovely card Di - I'd just posted mine before I realised I'd used the same angel although mine was an upcycled card!
Kath x

Oh so sweet!! The sparkle is all this precious card needed to make it special! Very cute!

What a gorgeous card! I can definitely see the sparkle so you did a great job with whatever "angle" you took the photo!

This is gorgous Di. You're angel is so sweet and I love the shimmer of the backing paper xx

Adorable little angel card, Di. Glitter is notoriously difficult to photograph!! Thank you for your lovely prayerful and supportive comments during my hospital stay. I am so happy to be home now, and my recovery is going well, but will take time. I have a load of lovely messages to reply to! Please keep an eye on my blogs for further updates as and when I am able to do them.

Beautiful image and a beautiful card!!

This is an adorable angel and you created a beautiful card with it, Di, despite the sunshine calling to you. Thanks for sharing this with us at Merry Monday!

Love this angel image. So sweet! Thank you for joining us at Merry Monday!

I really like how you added the touches of Wink of Stella to the pre-colored image. It really makes the image. So pretty.