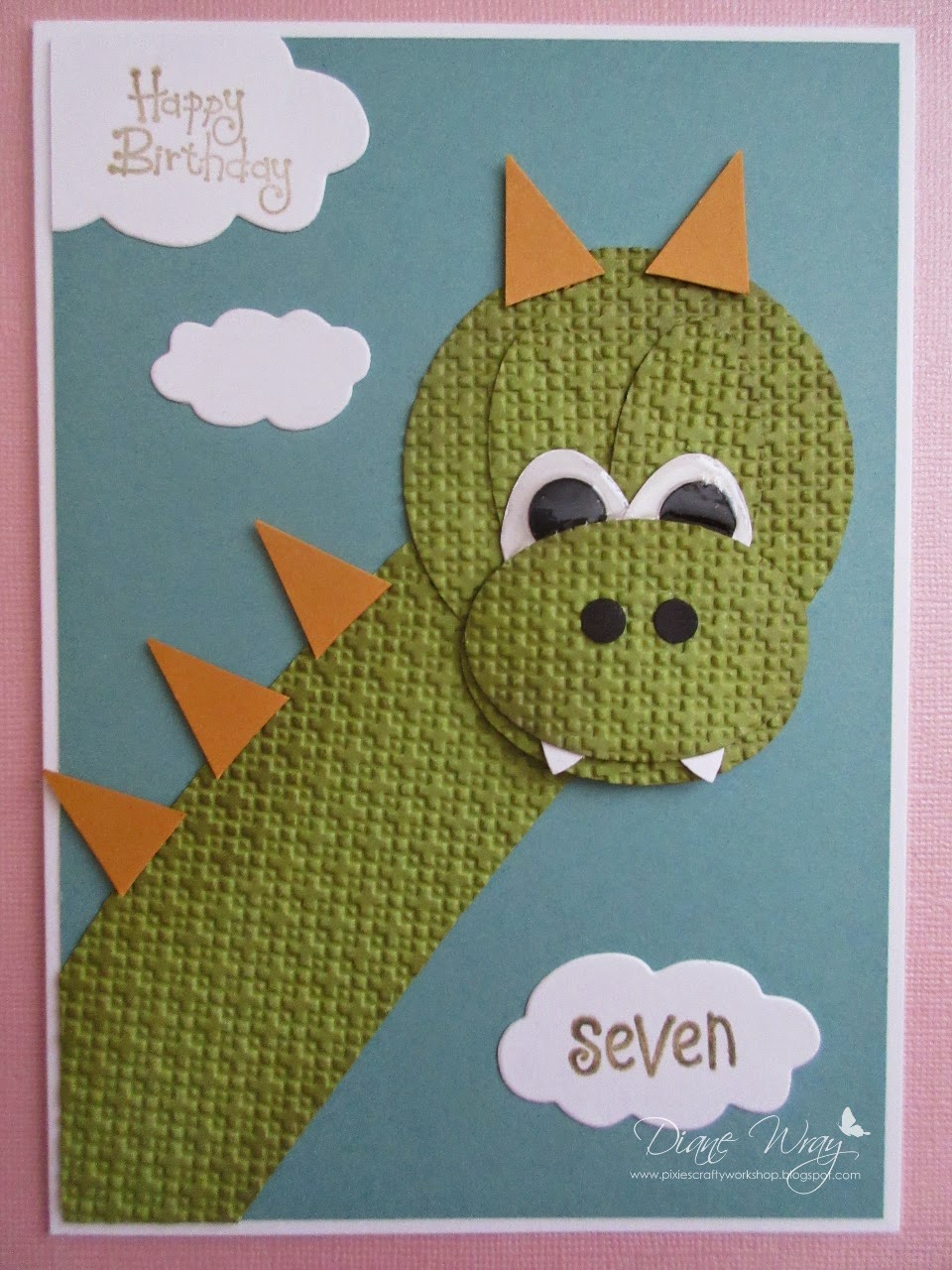 I don't know if it's a dragon or dinosaur, but it sure is cute!

This is fabulous Di! Perfect foe any birthday cards:) Thanks for sharing!

Dino for me Di. Such a fun make x

A great card Di and thanks for the instructions - I know a little boy who would love a card like this!
Kath x

Hi Di. I was drawn in by your gorgeous Dragonosaur. He's really fab....I'm dumfing a dragon at the mo :-)
Have a great week,
Hugs,
Annie x

Aww that is CUTE Di. The recipient will decided whether it's to be a dinosaur or a dragon I'm sure. Great piece of punch art.

Oh, Di, this is brilliant! I LOVE it! Thanks for the instructions on how to make him. xx

For me and my grandson it is a dino !
Love this card !

Whatever he is he's totally cute!
Brilliant card.
Chris
x

How clever Di and also how cute! This is the perfect card for a dinosaur/dragon fan, boy or girl. I love the way you have embossed so his skin looks sort of scaly, and the background colour is perfect. x

He's brilliant Di and so well put together with the punching and embossing. Maybe you just discovered the lost 'dragosaurus' xx

Brilliant! He could easily be either a dragon or a dinosaur but, whichever, I'm sure the wee boy will be delighted. My own children were told about dinosaurs at school, they loved them ... they are both in their 40s now but I still remember the posters on their bedroom walls and how easily they learned to say the names of all of them, and spell them too. Your dinosaur is quite some construction ... and all made with punches ... very clever :) Hugs, Elizabeth xx

Your (or whoever) dinosaur dragon is very, very sweet. I just love the things people come up with when it comes to punch art. This is very clever. The embossing really makes it.

That is so cute! I love how you have adapted your folders and dies to create this! What a clever way to use you dies Miss Pixie Karen x

Oh my, he is too stinkin cute.