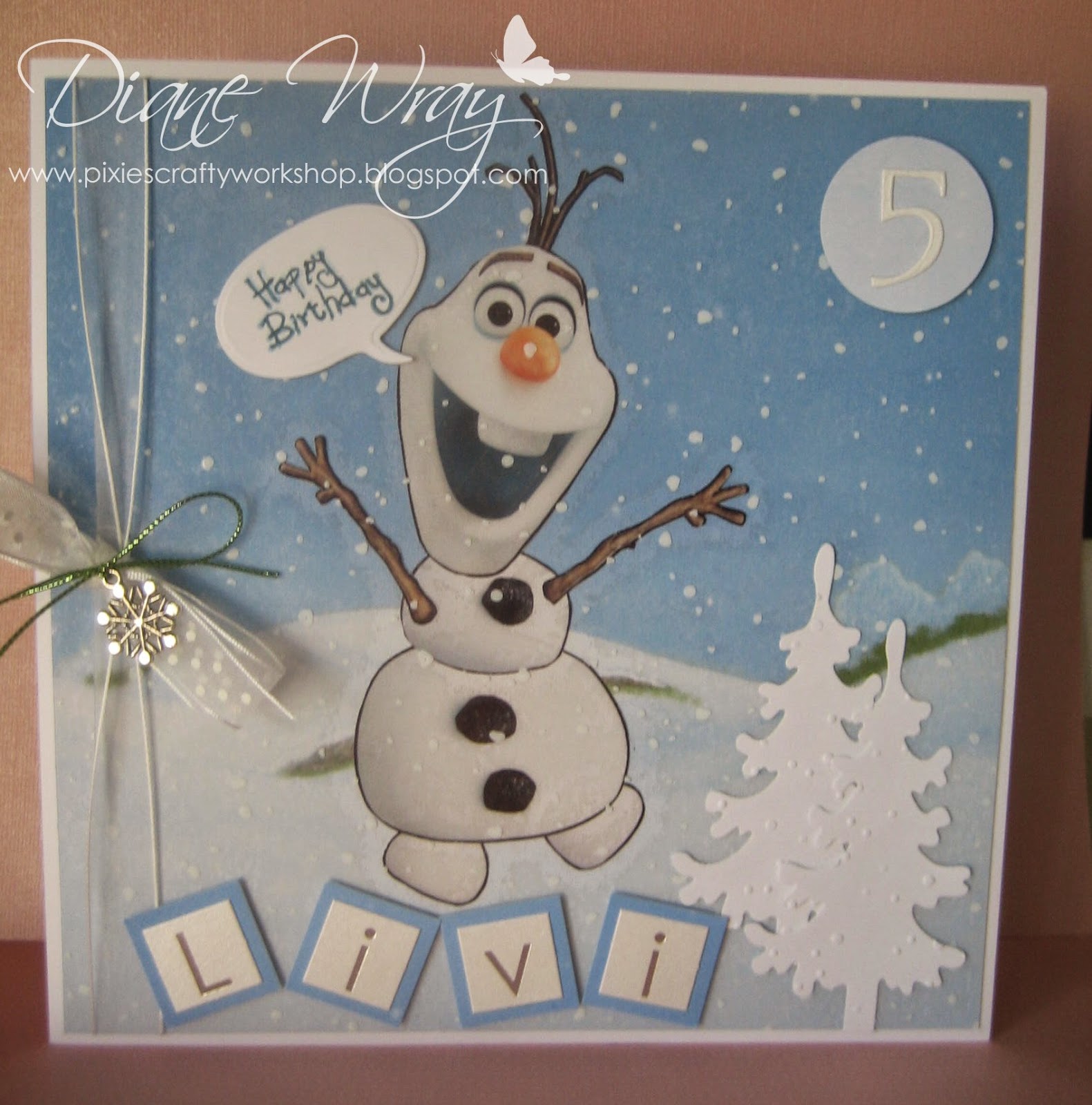 So cute Di, thanks for the link - it will be very useful

YaY !!! He is brilliant - what a fabulous card :-)
I tried the link but it just kept giving me a download for a Video Converter :-(

Tjhis is so fun and cute too. She is so going to love it. I really liked the idea of the acetate to protect the card parts from little fingers! lol

As soon as I saw that thumbnail I knew it would be yours. Olaf is a cute snowman and all the Frozen fans love him, so I am sure Livi was delighted with her card. Kate x

That card certainly appeals to me...Love Olaf!! Great card there. I just love Frozen, so much so I have ordered an advent calender from Asda with my home delivery tomorrow! See - it is not just for little kids! The sign of a good film when adults love it...or is it just me?
Hugs
xx

I hadn't heard of Frozen until your last card, probably as I don't have grandchildren to inform me. Anyway Olaf looks like a jolly snowman and I'm sure your granddaughter was delighted with it Di. I love the background and the acetate is perfect too. x

OMGosh, this is just too cute Di!!! Everyone loves Olaf, and I bet Livi will too! You have created a cool background for Olaf and I just love this delightful card. Hugs, Brenda

Oh what a beautiful card and image your grand daughter Di will love this like lots of little girls will if they love Frozen! x

Superb card, fabulous fun image and scene.
The boys don't seem to have got into frozen, been told it is more of a girl thing as I was going to tak ethem to the pictures to see it, any excuse for me to see a Disney film!

Gorgeous, I gave a frozen obsessed 2 year old, she would love this, thank you for your inspiration :-) xx

just found your blog! Love your cards and I have used the link for Olaf. Gail xx