Less is More - More Than One Tree 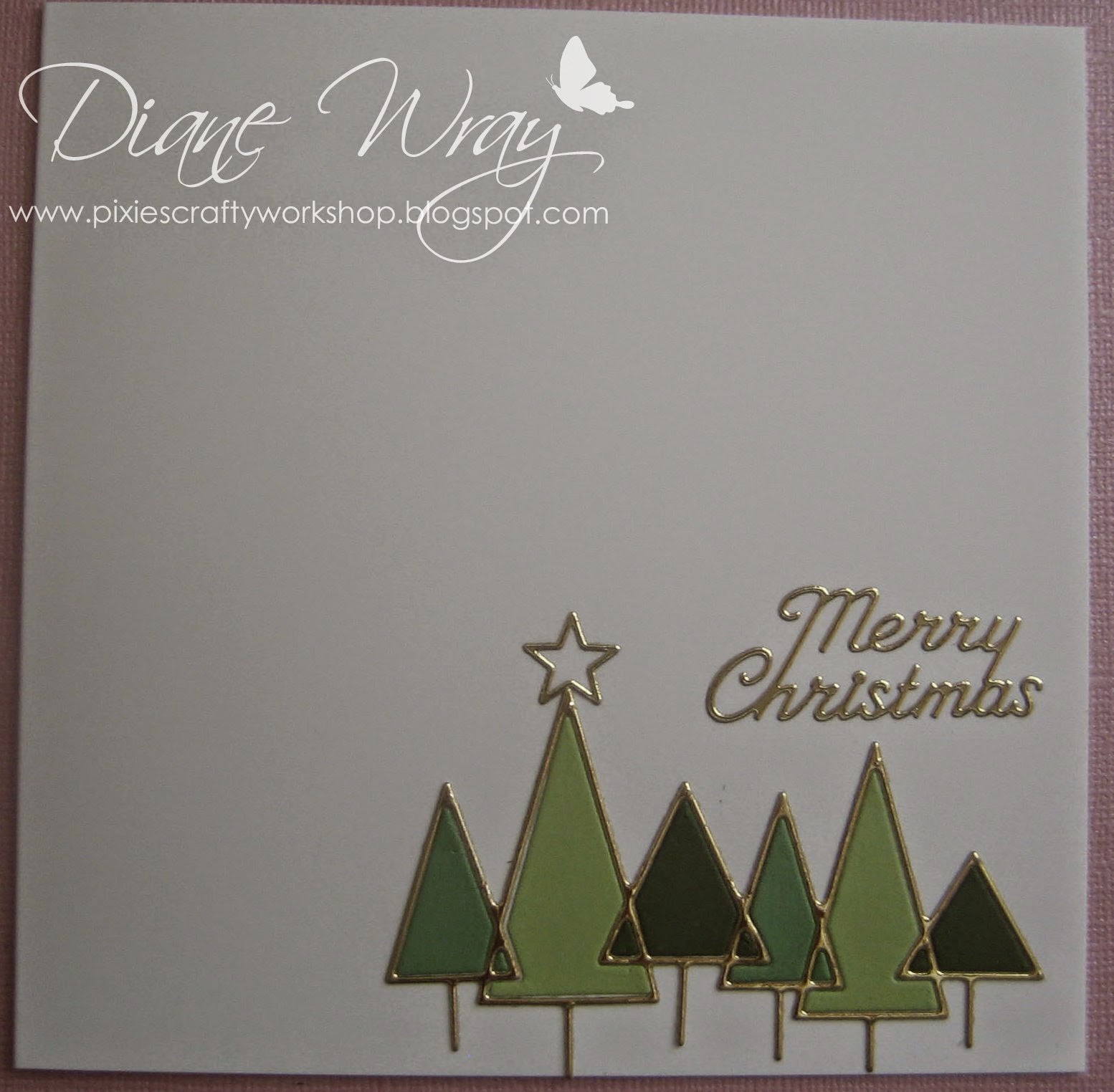 - the same die once again and three different snippets of green card, also already backed with Stick-It self adhesive sheet then run through the Cuttlebug

- the next part was really like doing a jigsaw, just mixing the greens and popping them into the spaces in the gold die cut which was adhered to the card first of course, some of those tiny pieces were mighty fiddly! Of course, as there are three greens I managed to make three cards in total just by swopping the different shades around

- after all these years since I began using peel offs, it wasn't until yesterday I worked out such an easy way to handle them. Normally I'd just peel them of the backing sheet and an intricate sentiment would often end up a bit distorted, no matter how long I allowed it to 'relax back into shape'. But this time I gently eased the bottom of the sentiment from the backing sheet by sort of rolling it away whilst supporting it along the length of a long pokey tool before just easing the whole sentiment away - works a treat! A fine knitting needle would be an alternative to use

When setting up to make these cards I got carried away and now have, sat sitting on my desk, the makings of a further three cards. It depends just how much self-punishment I feel up to though!