The current challenge over at Craftyhazelnut's Christmas Challenge is to 'Use red - a little or a lot'. I went for quite a lot: 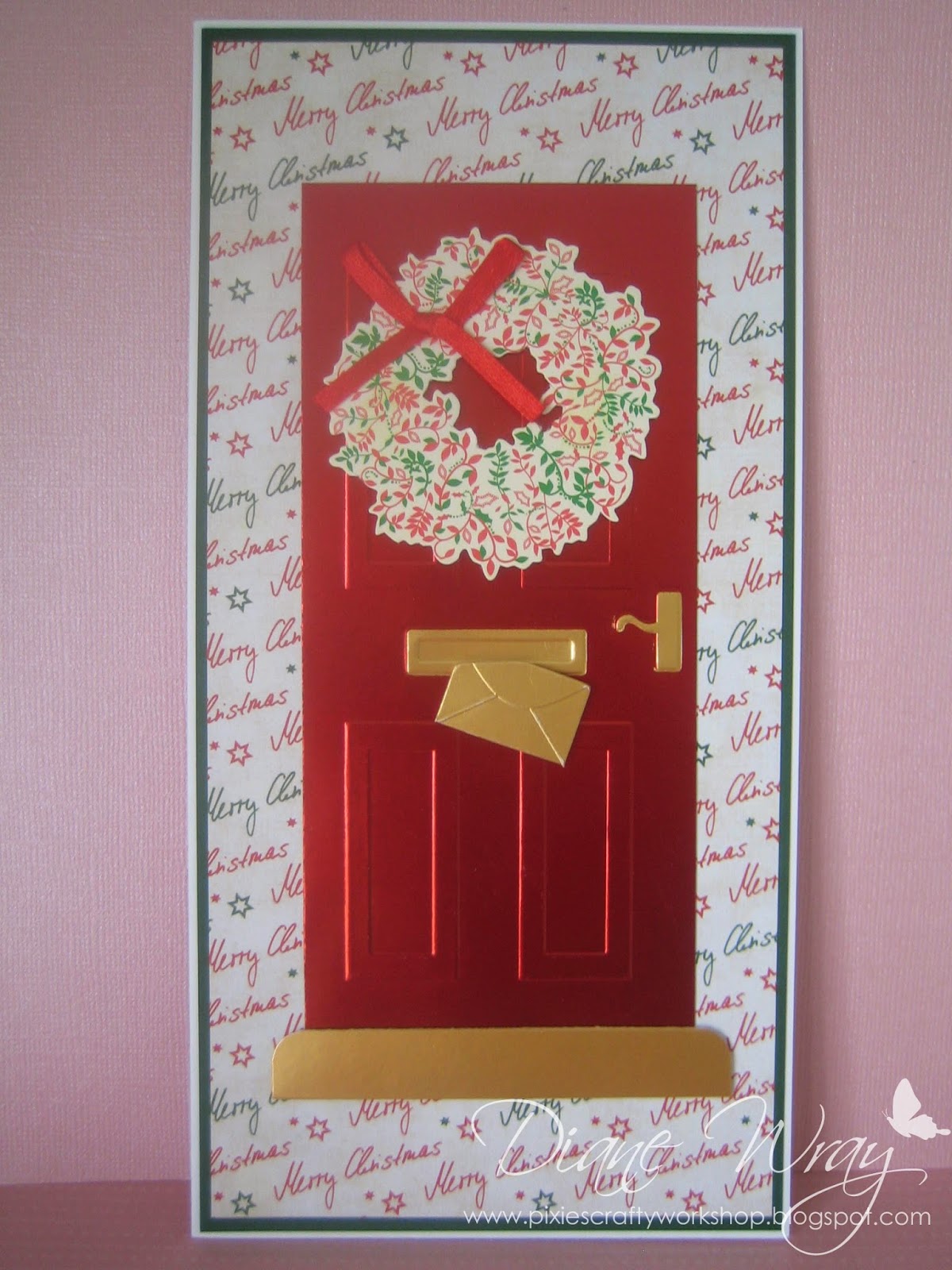 - backing paper by LOTV from their 'Classic Christmas' paper pad (I chose one with Merry Christmas on, as I didn't want to add a sentiment)

- the front of a Christmas card, trimmed round the door, which came with the wreath, bow and little gold envelope already added - I KNOW, big, big cheat

- did think about adding some gems to the wreath but had the sense to pop it into an envelope and check the thickness with my postal gauge. As I suspected, the sticky pads already used to 'lift' the wreath and the diddy envelope made it just a gnats whisker inside the thickness gauge - so no gems after all!

That brings the total made for Christmas 2014 to 40, eight more to make in April to stay on target for 12 per month :)

And of course this is also for Craftyhazelnut's Christmas Challenge Extra for April, where it's always 'anything goes'.