The current challenge over at Craftyhazelnut's Christmas Challenge #170 is 'Going Round in Circles'. Lots of scope there, but in the end I settled for a card to upcycle from those we were sent for Christmas 2013: 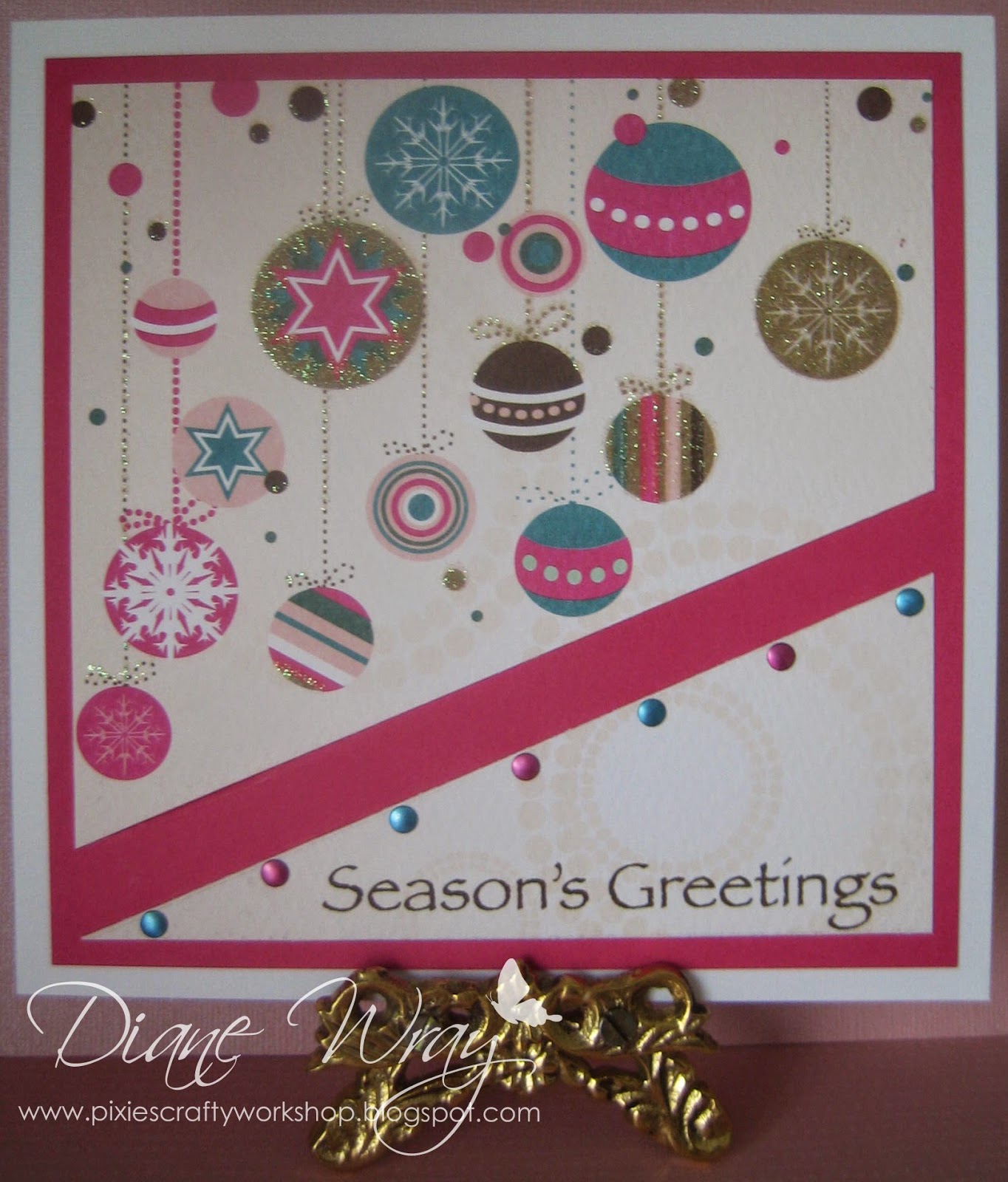 - the front of a Christmas card  that I wanted to upcycle. Now, there wasn't much choice because of the design of the card - but, when I measured, it the width was about half an inch greater than the height which meant I could fit it onto a coloured square of card if it was carefully sliced diagonally to part the sentiment from the baubles

- the two part of the already glittered upcycled card were glued onto a square of SU's 'Melon Mambo' card, from the snippets folder, which in turn was glued to the white card blank

Another one for the box, and the result is a bit different to just slapping the whole almost square card front onto a piece of backing card and then onto the card blank. I bet you might have a few cards of a similar layout you could try this trick with - you DID save some to upcycle didn't you? :)