On Easter Sunday it was raining cats and dogs here most of the day, so I spent a few hours having a play in the craft room. I'd bought the Craftwork Cards 'Kitsch' Collection of papers, embellishments and mini candi specifically to have a go at a handbag card as the papers remind me so much of Cath Kidston fabrics.

Plus, I also spotted that Kath had made a handbag card, much more detailed than mine but with no secrets of how she made it - it's absolutely fabulous! I wanted mine to stand up and open at the bottom but could I find a decent template in the size I wanted, nope - not a chance. Sooooooo, I set to and just made it up as I went along. This is only a first try and I did have a few (ahem) hiccups along the way but after it was all finished I'd learnt some things I'd change to make life simpler.

So, the next time I try this out I'll hopefully have an easier time of it and will also try and do a little tutorial as I go: 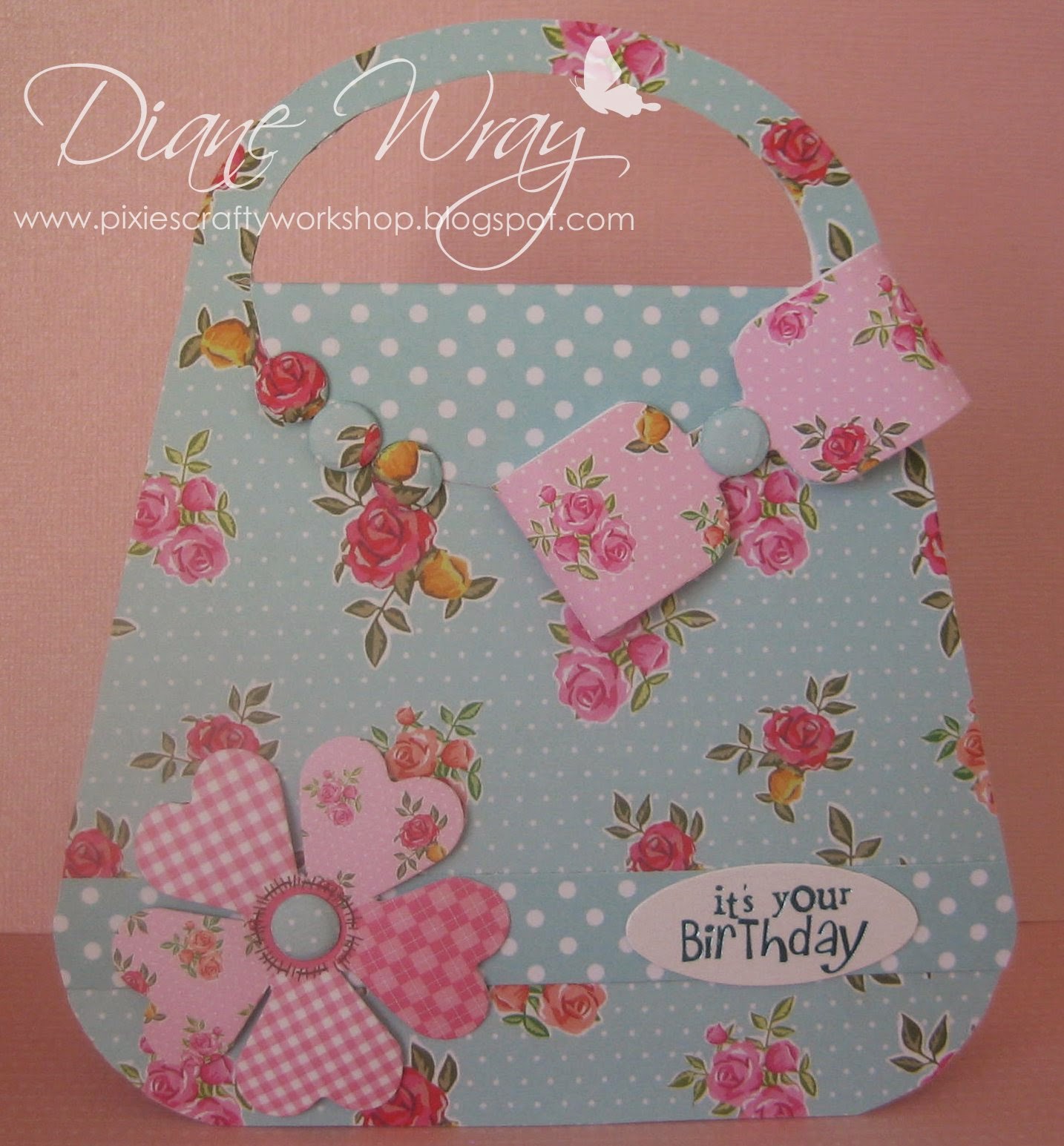 And the back so you can see where the spotty flap came from: 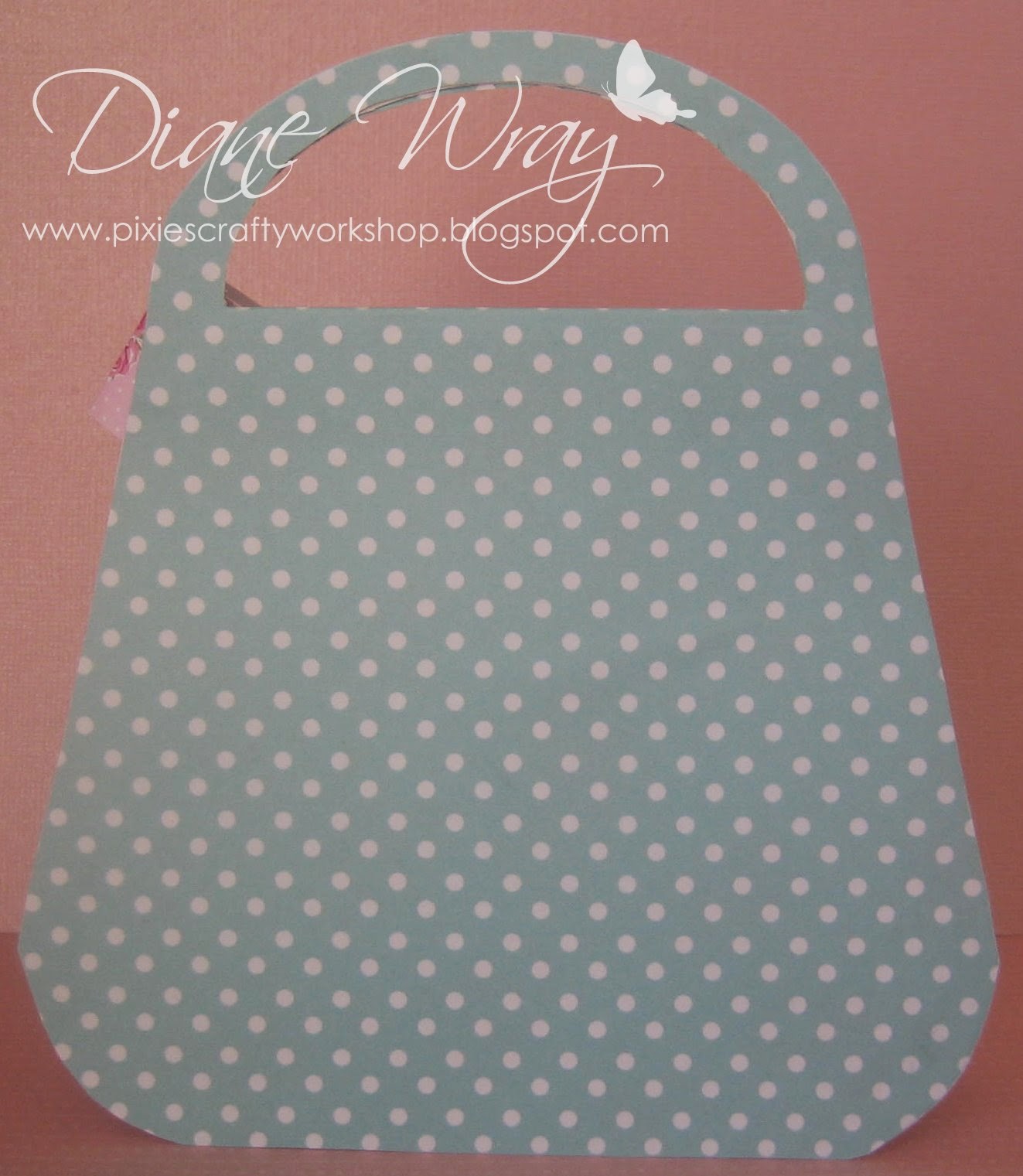 - the handbag shape was then cut out by first doing the handles on both pieces of card. To do that I used two oval Nesties, one inside the other, but only cutting halfway across the dies, just by careful positioning of the Cuttlebug plates. On the front I cut the extra curved inner part of the handle away straight across the 'bag', but I left the rear one attached and scored across it so it formed a curved flap to push through the handles and to the front of the card

- each side was covered with papers from the Craftwork Cards 'Kitsch' paper pad and that was the really tricky part. I've thought how to get round that next time 'cos I almost abandoned ship and ran away at that point

- the front and back of the card were then glued together, round the handles and across the top of the 'bag' only, with the flap pushed through from the back to the front - then the flap was also glued down

- phew! Then it was just a case of adding a leftover snippet of spotty paper across the card front, a flower, bow and some mini card candi from the kit. The mini card candi hides some wonky hand cutting :)

Lessons learnt and one heck of a mess to clear up afterwards :)