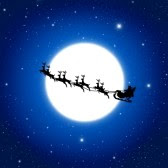 Ha ha ha, it just goes to show what FUN being a parent is sometimes! And are you seriously telling me that 'HE' doesn't exist?? Who the heck has been eating my mince pie and carrot each year then??? Gutted!!! Ha ha........... Yet another FAB Tuesday tale hon..xxxxx

Awwwwwww I always think it a bit sad when the magic is lost. Our little ones are just soooo full of it all at the moment and I truly never want it to end.
Having a much older sister who, at 'that time' I shared a bedroom with, I well remember bribing her to tell me the truth about it all cos I had heard the rumours at school....it was never quite the same again.
Hugs,
A x

Oh Di. You always raise a chuckle with me! I wonder what your parents would have said if it hadn't been Christmas and you had simply announced you knew where babies came from?
Having siblings does make a difference. We had a ten year gap between sons number two and three, and the older two were happy to keep their secret from their three little brothers, but it was harder when the oldest of those three became more aware. But I was at least ten when I learned the truth and I was very upset to have my illusions shattered. I think a bit of magic in childhood is essential. I still just love all the trimmings of Christmas and I am sure I always will. Kate x

Can't remember when my illusions were shattered . . . but I am pretty old and the memory is crap!

PS: I wasn't impressed about knowing where babies came from either . . . that's why I don't have any! LOL! x

I really can't recall when I found out the truth about Christmas, but being the youngest of five probably meant it was sooner rather than later! Hope your poor parents recovered!

Hi Di, Wendy has a lot to answer for......lol l cannot remember either but l do recall one of my children being told by a friend not so much a friend the day after though and got a telling off from her mum, it was really upsetting so l can see where your coming from:) Sandra H

Oh dear poor you, it must have been aweful for you to find out there was no Santa, 10 is far too young, I managed to get to 12.!!!

think i was about 10 - i saw daddy sneaking in my bedroom with the loaded pillowcase :) was GUTTED to discover the truth!! x x

It's hard being a kid and harder being a parent. I wish there was a rule book! Things really changed once the news of the Jolly Man in Red was out but we always found new ways each year to make it fun!

Di, You have just cracked me up wih laughing. Gotta go have a little drinkie poo's now. Cheers. Hugs Mrs A.

Priceless! Absolutely priceless! You are now totally responsible for my very sore sides :)) Your poor parents ... how did they survive you? Elizabeth x