It's Scrappy Mo's first time at hosting the Rudolph Day Challenge, since taking over from Sarn. Already folk are buzzing in and out linking up to Mo's blog HERE, so of course I had to join in the fun: 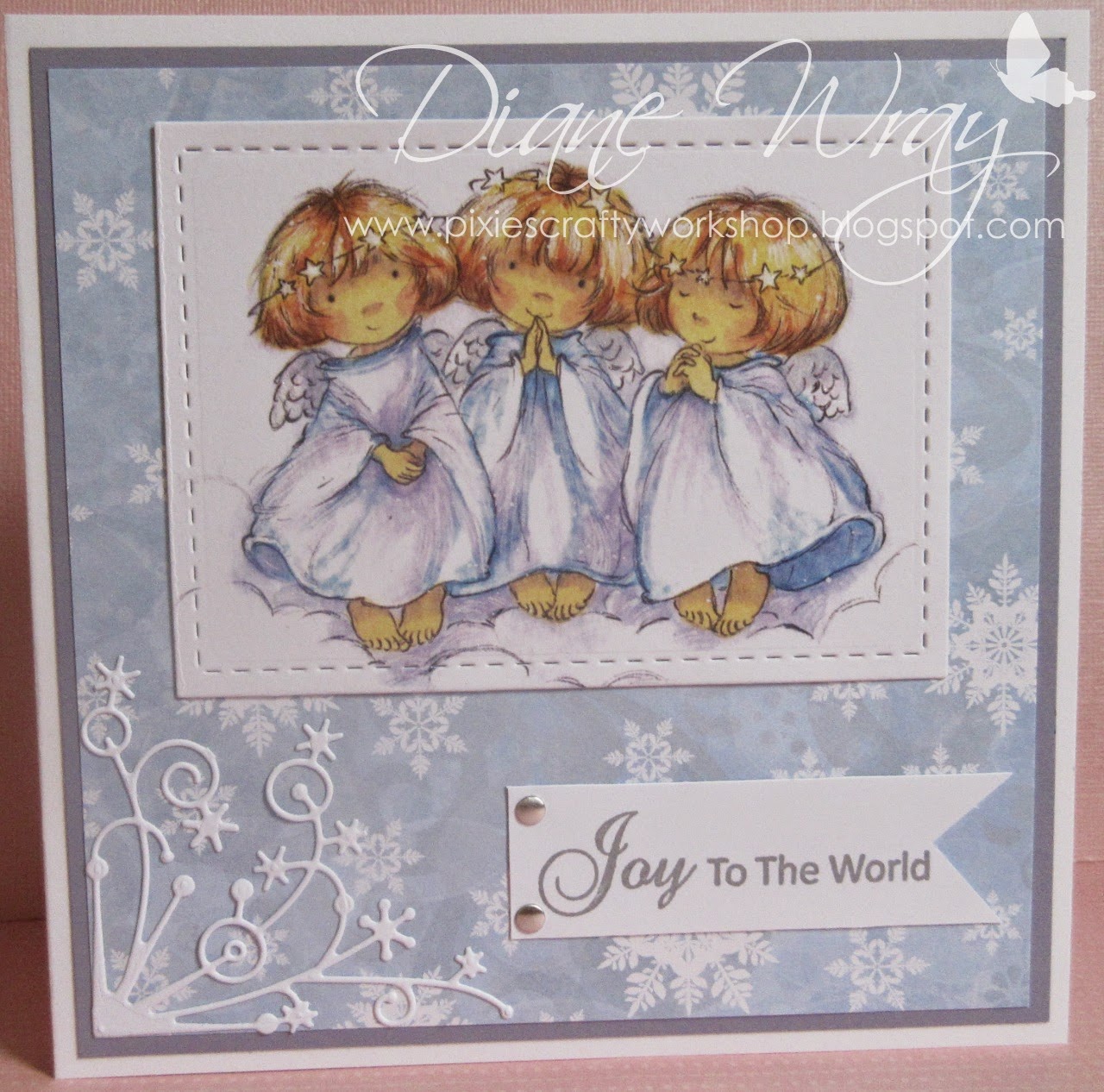 - 6" x 6" square white card blanks (I made three cards all exactly the same!)

- the image is a pre-coloured LOTV one from their 'Christmas Angels' Art Pad, die cut using a Lil' Inkers 'Stitched Rectangles' die - and I also added a little tickle of Clear Wink of Stella to the wings and also the little starry halos :)

- in one corner I added a 'Snowflake Corner', Memory Box die cut from white card

- the sentiment banner was stamped using Memento 'Gray Flannel' ink and a stamp from the Creative Expressions sentiments set called 'Joy to the World'. I've said before, this set comes with loads of lovely sentiments

And to prove that I really did make three cards the same, even though Mo only wanted one card: 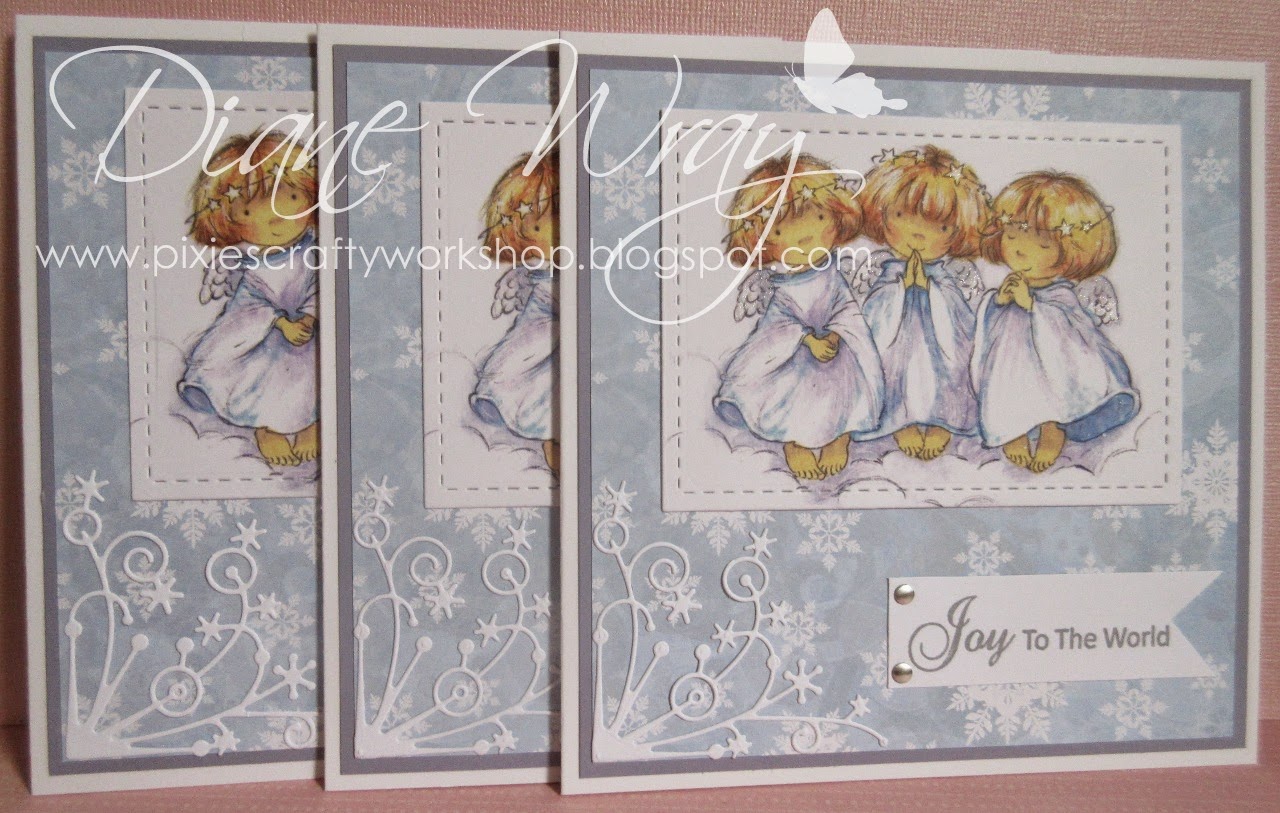