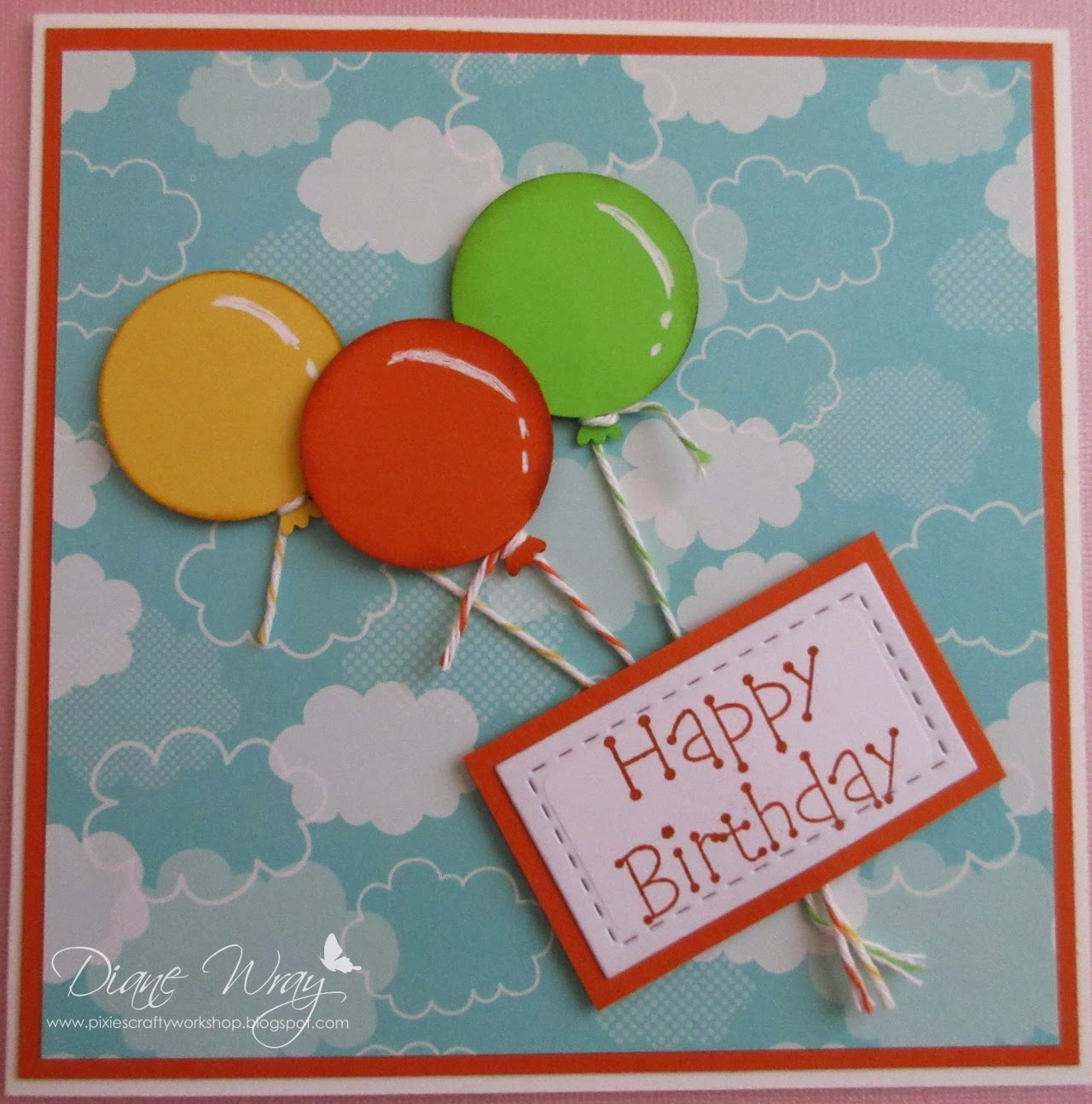 oh, this is cute Di! I recognized those owl feet immediately! LOL I love the sentiment panel and cannot live without my stitched rectangles from Lil Inker now that I finally caved and bought them :) Great birthday balloons!!

Cute balloons and a delightful card! So fun with that sky background paper too. Fantastic!!!
Lynn

Fantastic card Di, love how you made the balloons, (I have the owl punch so I'll try and remember that if I want a bigger balloon than my dies,) love the font on the sentiment too, Cathy x

What a super card, Di! Love the balloons--so creative!

This looks just right Di!! Love your improvisation for the balloons, they look great!! xx

Brilliant idea using the owl feet! Love the balloons and the clouds, a great card x

This is such a fab card! loving the bright colours, and the balloons are perfect! x

Perfect card! Your balloons are great - clever idea to use the owl punch too!

A brilliant card Di, I love how you made your balloons.
Kath x

I love your bright and colorful balloons, so realistic, love the idea of using owl punch!!!

Great card and those balloons are wonderful . I like your idea with owls feet too....very innovative.

This is a lovely card Di and what a great idea to use the owl's feet for the balloon bottoms and some good shadows and highlights to give them shape. The freebie cloud paper is just perfect too. x

What a super happy fun card. The balloons look great on the cloud paper.
Jean x

Perfick! Love it!
Great idea that I may have to borrow off you.
Hugs
xx

You are a trooper Di to go to the post office and mailed this out to Edward. I am loving how your balloon card turned out! It's so bright and has such a happy and cheery feeling to it. I love how you made your balloons, and boy do I ever love that cloud paper. I think you knock with birthday card out the part! Hugs, Brenda

Great card Di...Bet it was loved! Gkad to hear you are feeling better!