I found the basis for this card over on Pinterest, made by a very talented SU card maker called Marsha - here. Needless to say I bodged stamping my sentiment right at the end of making the card - which explains why I had to do some swift trimming and then punching out of the sentiment. So a 6" square card ended up at A6 size :) 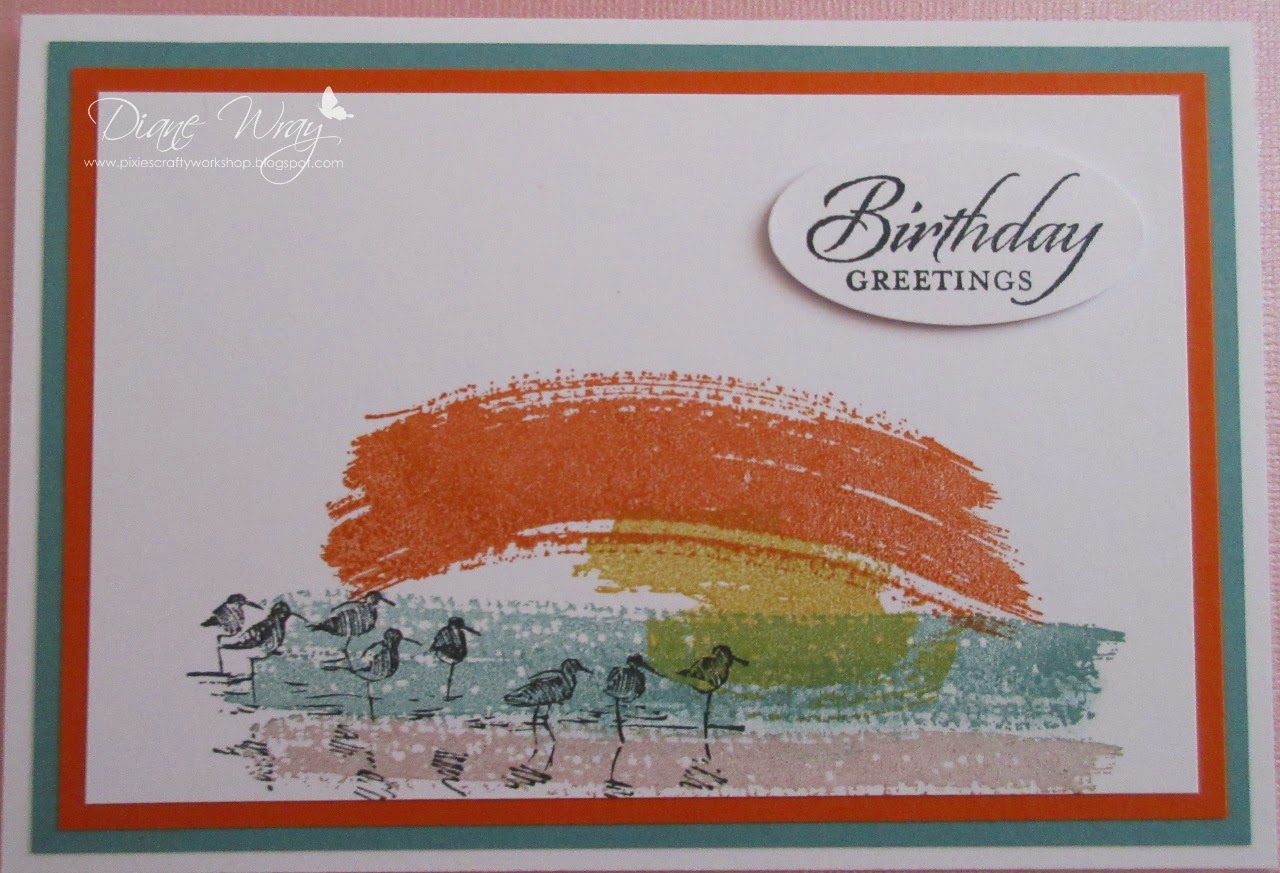 - SU stamps from the 'Work of Art' set for the background. I used SU's inkpads in 'Tangelo Twist', 'Hello Honey' and 'Lost Lagoon' for the sunset and the water. Then I used  VersaFine's 'Vintage Sepia' for the shore. Some of it was second generation stamping to get the right shade, another time I'd even think about going for third generation

- then I tried stamping the sentiment underneath the image and smudged it - sigh :( So, I just cut the image down - which to my eye left too much white space at the top but no way was I going to start all over again!

Although this card uses a Stampin' Up NBUS stamp set, I don't feel it's at all right to enter it into Darnell's current NBUS challenge as it's Marsha's idea - but I did have fun making it - as well as sort of recovering it from the jaws of disaster.