The challenge this week over at Less is More is a colour one. 'Black, metallic + one'.

In the end I opted for black, red metallic and white - sort of hedging the bets really. I class white as a colour but if others don't then the metallic red would cover both a colour and metallic :) 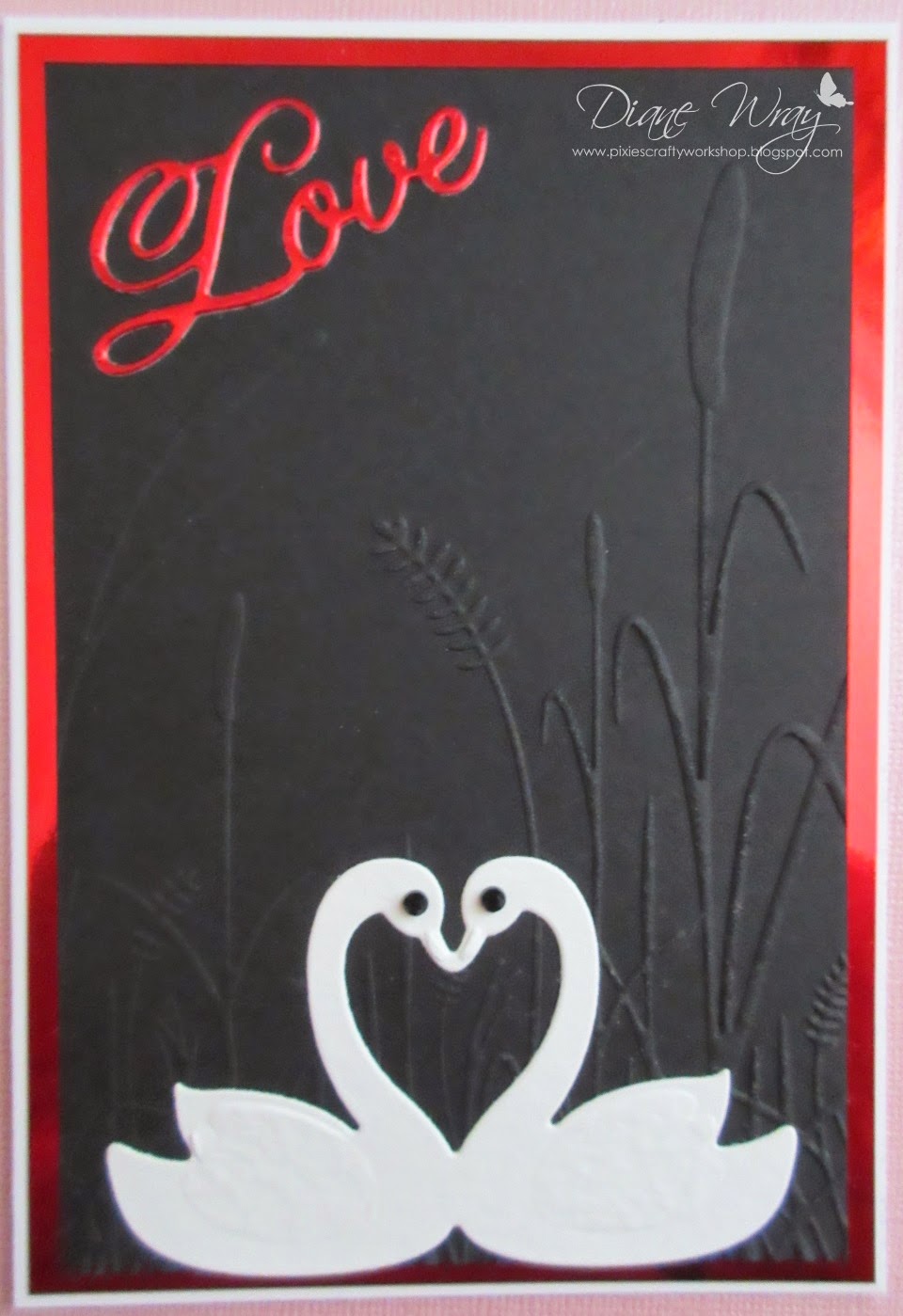 - a snippet of red/metallic mirri card for the 'frame'

- a snippet of black card, trimmed to size and embossed using a Darice folder called 'Grass' - a gift from Carol L recently, wmah!

- the swans turned out interesting. I used a snippet of white hammered card stock, backed with Stick-It adhesive film and a Marianne die (LR0239). It's not so easy to see in the photo above, but the swans ended up with their bodies and necks/faces compressed flat again yet, due to the cut out of the wings in the die itself they stayed sort of 'ruffled' as the hammered look remained. A lovely, and I confess unplanned,  effect :) I just added little black gems for the eyes

I used two NBUS items here - the embossing folder and the swan die. So that means I can skip over to Darnell's for another play in her NBUS challenge #3,  as well as Less is More.

Plus, am adding this to the current Cuttlebug challenge which is 'It takes two....'.