Well, that's been a nice little break I must admit, and I was so pleased to see that so many of you still came to play - 107 entries in total!

My snippets card this week is a very simple one - and it's based on a new (to me) technique that I saw Greta using here, called 'camouflaging die cuts' : 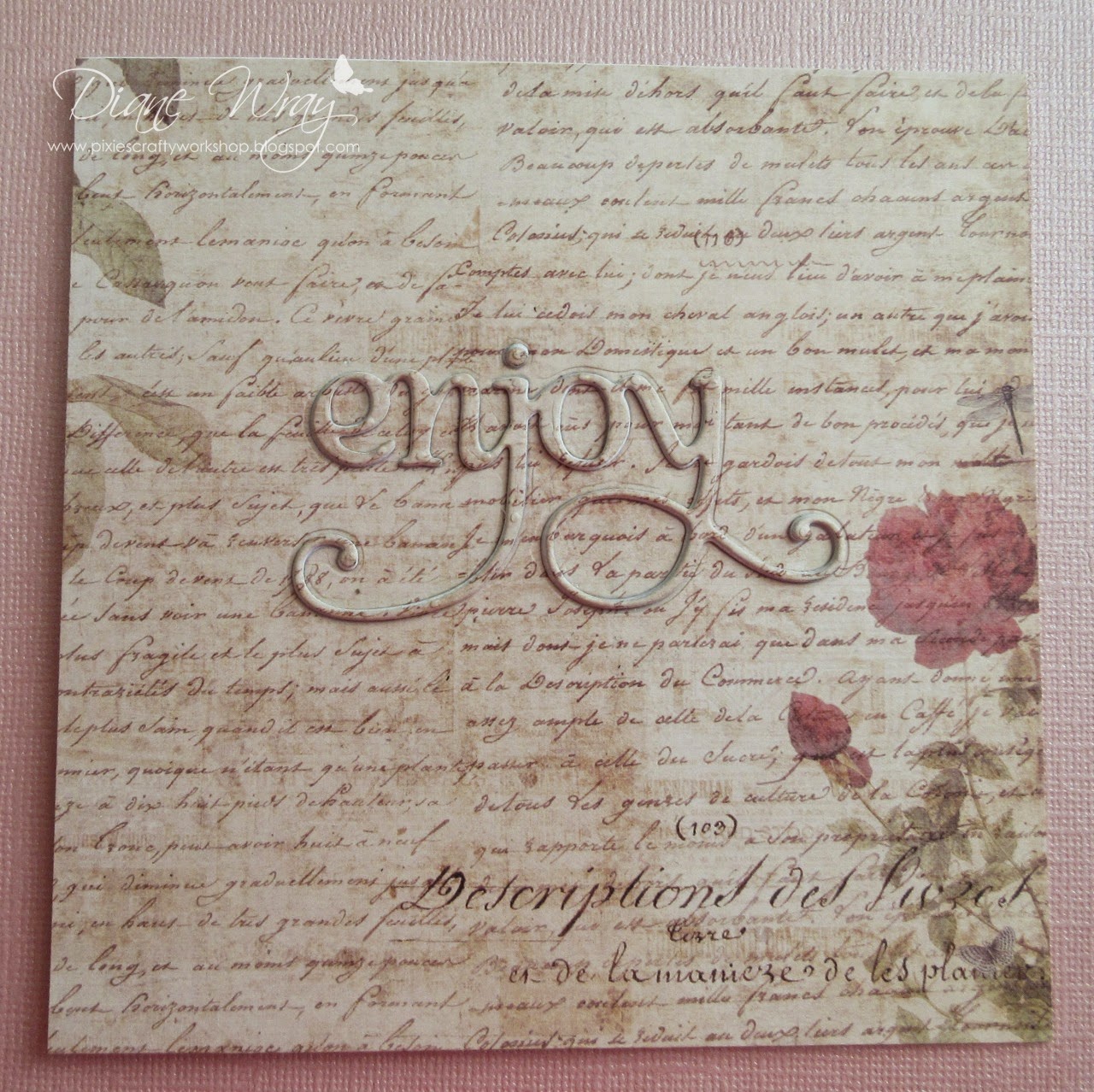 - a piece of paper from Prima's 'Stationer's Desk' paper pad (my current favourite!), cut to exactly fit the front of the card - but not adhered, yet

- then used some snippets of white card to die cut the same word three times, also with the card backed with 'Stick-It sheet'

-at that point I adhered the patterned paper, with the word 'enjoy' missing, to the card

- next it was just a matter of slotting in a white die cut of the word, topping it with another two white ones and then adding the final layer which was the word die cut from the patterned paper

- one tip, depending on which word die you use you might have some solid pieces of patterned paper when you do the die cut - here it was the centre of the  letters e, o and the looped tail of the y. Do not throw these away - I almost did until I realised they were needed - they were the last thing I added, once all the layers were built up, they just popped into place down inside the letters at the same level as the background

And this is Greta's card, showing how it ought to be done, this uses such a lovely bold word plus Greta stamped the background rather than cheating as I did with patterned paper :) 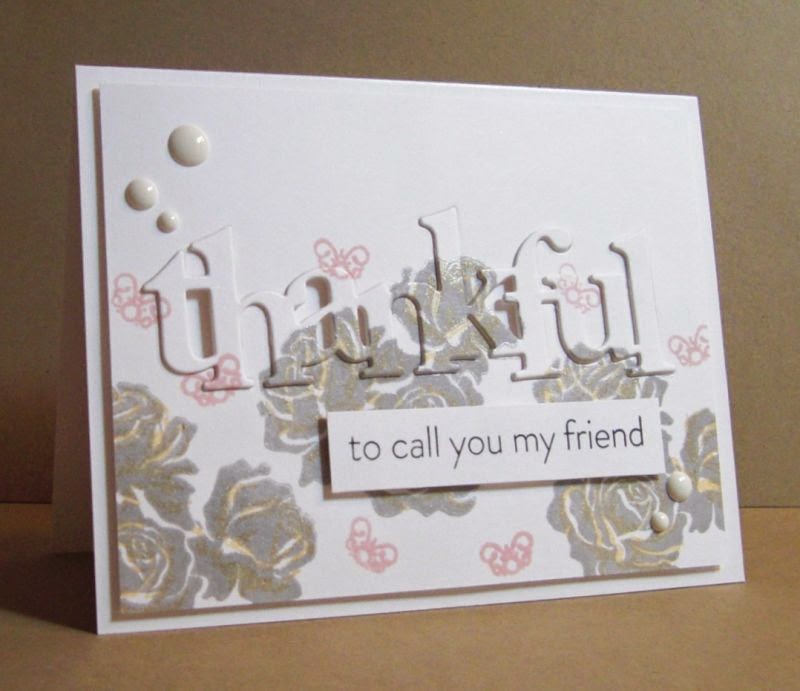 So, onto this weeks picks, even harder than ever this time so I did a short list and just stabbed with my pokey tool :) 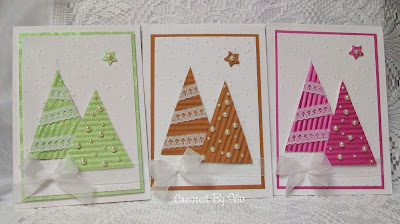 I absolutely adore these cards, made by Viv. A perfect way to use up snippets and they look so fresh - and I particularly love the pink one, wink! 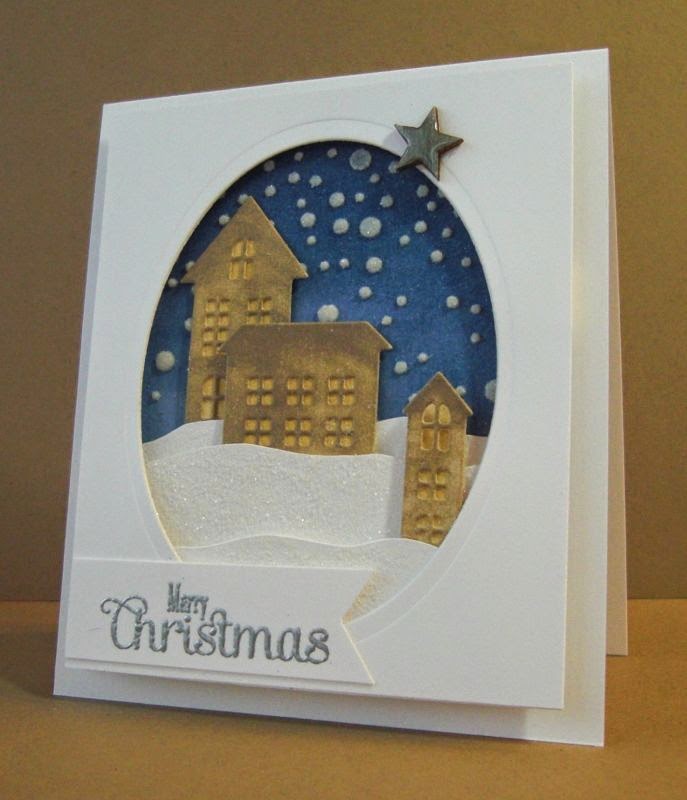 Greta made this beautiful scene for her hubby's card - on Christmas Eve. I wonder how many of us did that then? Waves hand here :) 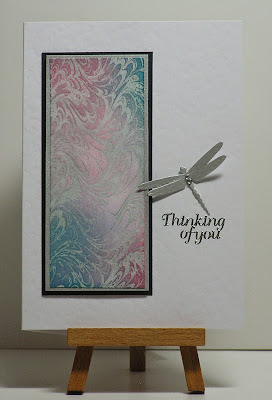 This is one card that absolutely would have been included in the picks, regardless. Made by Cathy and just so, so elegant - plus the 'marbling' stamp is just divine. 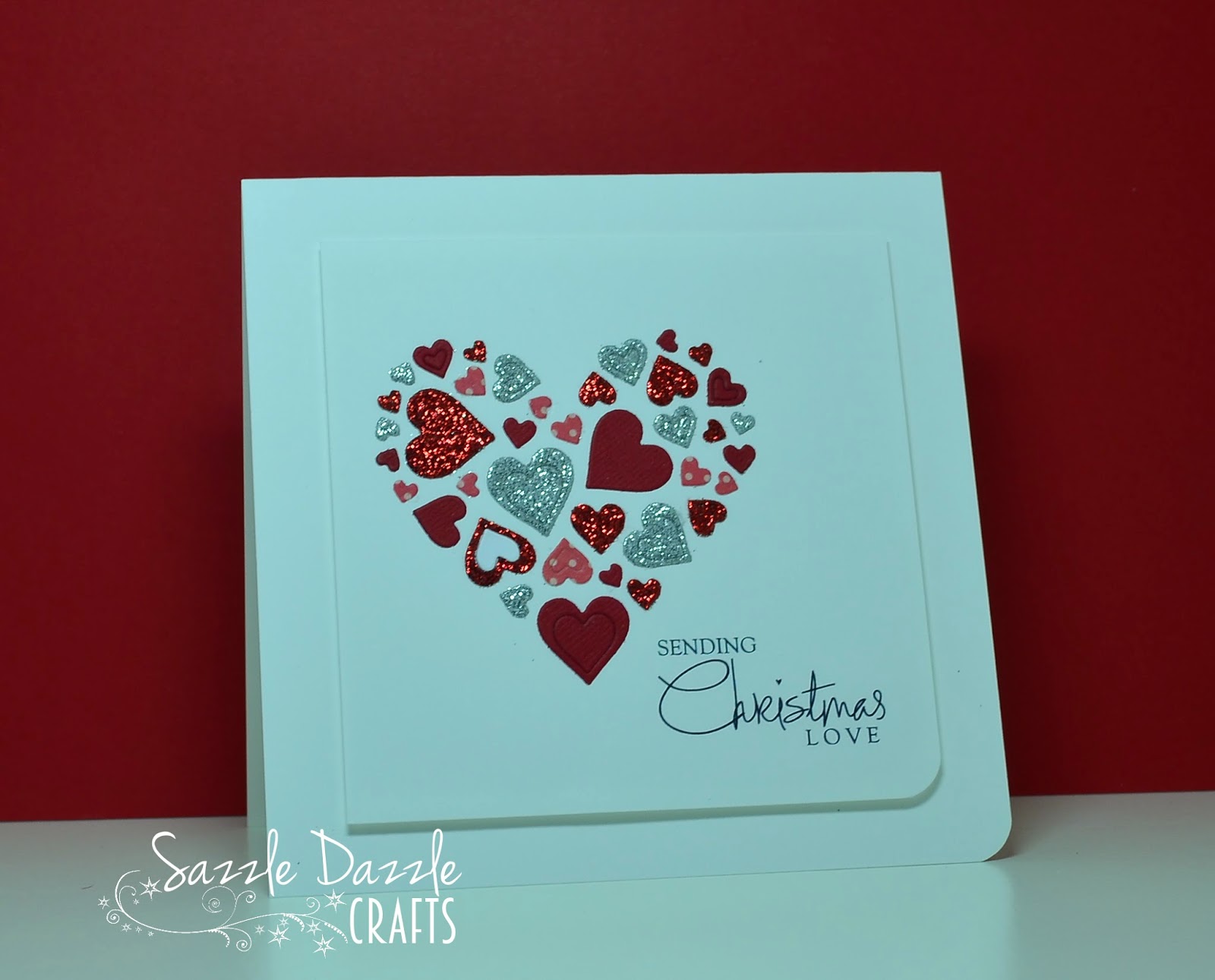 I just love this card, made by Sarah (Sazzle Dazzle) - wonderful way to use up snippets and what a result! 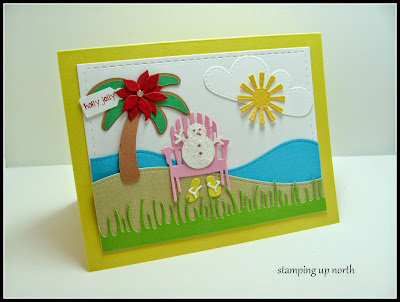 This 'alternative' Christmas card made by Laurie really brought a smile to my face - such fun!

And there's one last card I want to show you. Liz made it and wasn't going to link in as she'd already linked three times - but I asked her to link (when I do the draw this won't be included) - but it's just fabulous and I'm sure you'd love to see this 100th Birthday card: 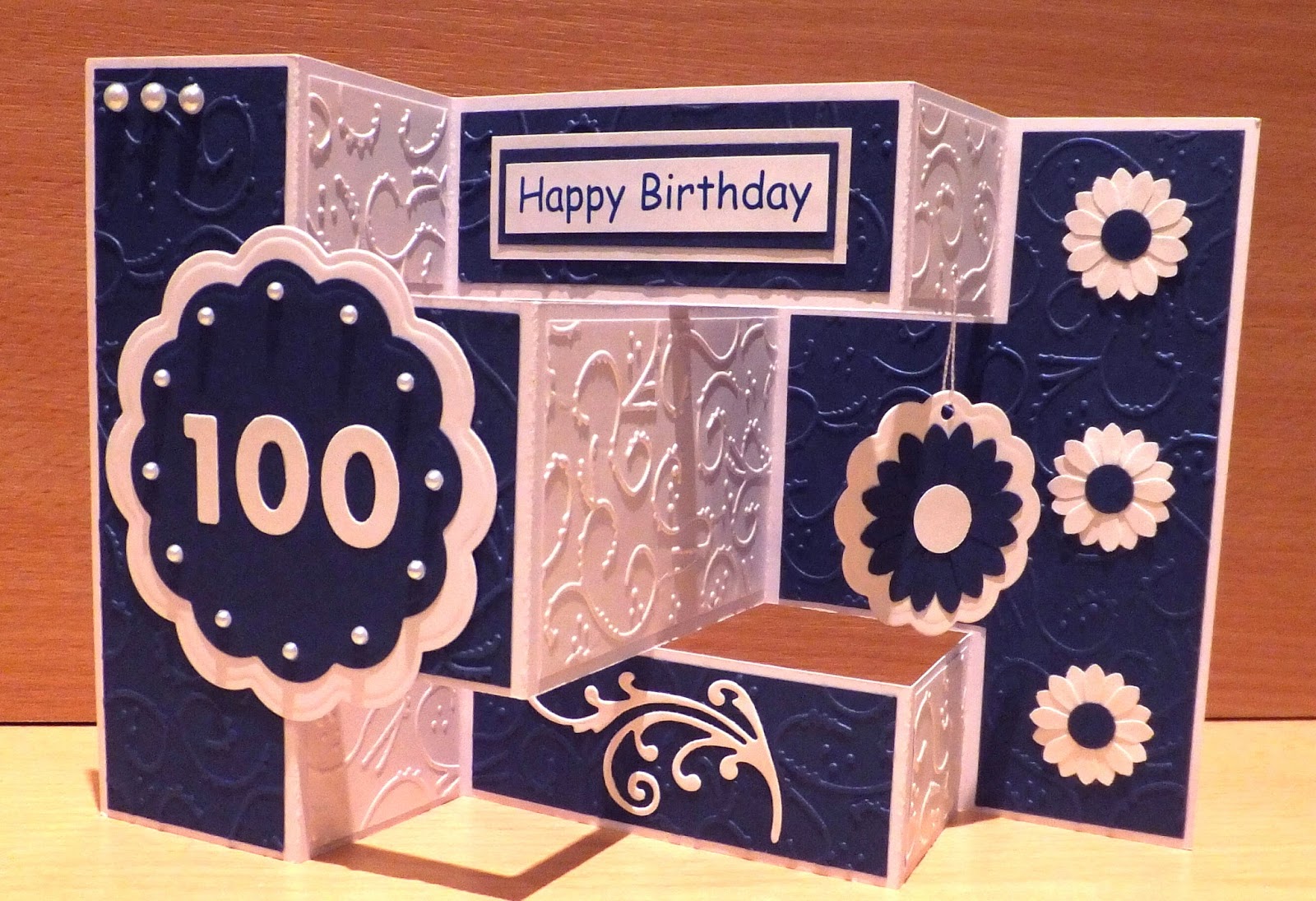 What's really lovely is that Liz has made sure this is a very tactile card due to the recipient (the 100 years young lady called Kitty) having poor eyesight. It's a stunner! 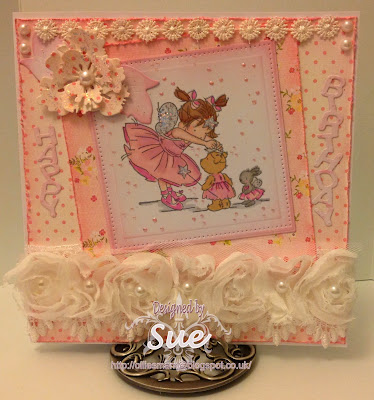 Sue J skipped in very late in the fortnight, but even though I'd done most of the picks I just had to add this little cutie in :) A real peaches and cream delight!
Ha! That's eight cards in total for the picks - I was on a roll there.

And we have several new playmates as well: 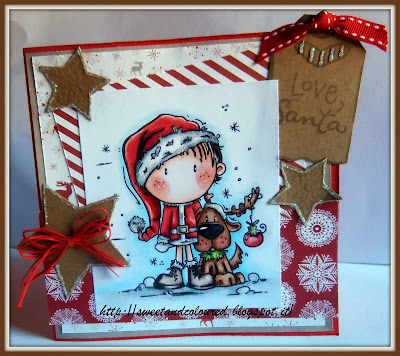 First of all Tiziana, from Italy, with this lovely Christmas card! 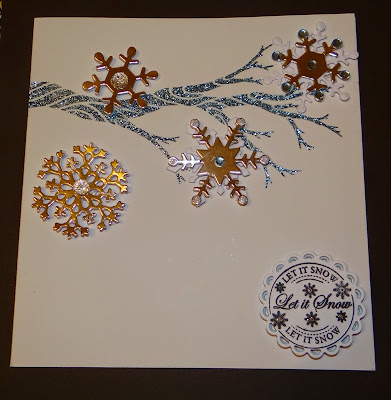 Then Barbara C, with this clever combination of a branch and falling snowflakes. 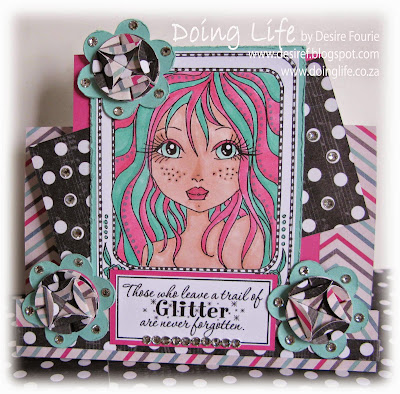 Next came Desire, with such a lovely snippets card - the colours remind me of liquorice allsorts (a typically English sweet for those who might not know about them). 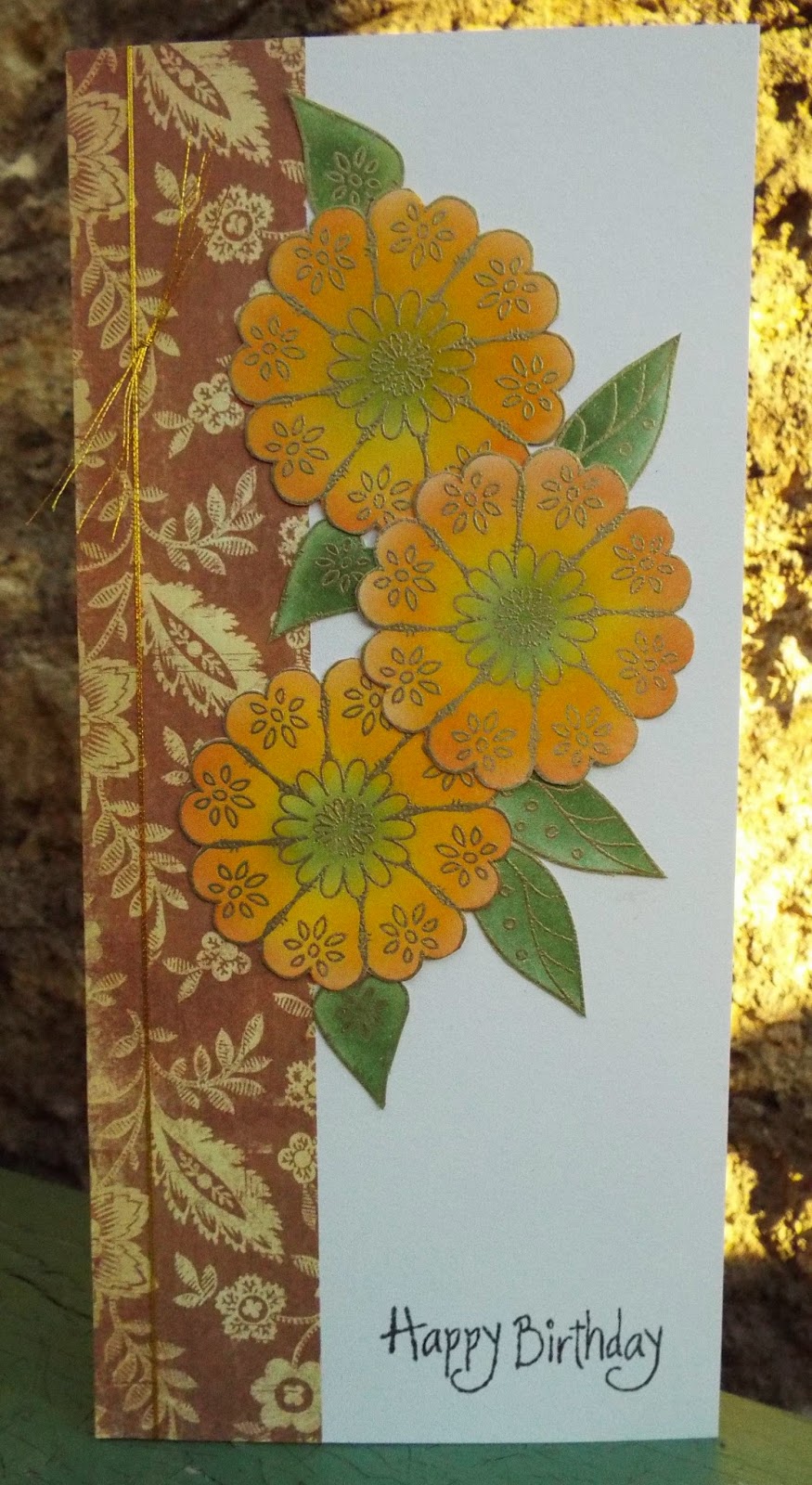 I love the beautiful colours on Alison C's snippets card - and did have a giggle at the postscript underneath her blog name which says 'or where did that inky smudge come from?' 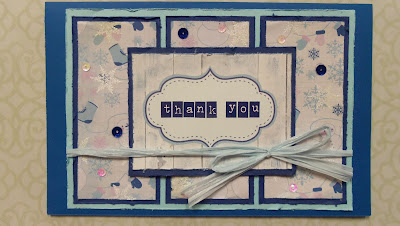 Such a gorgeous card made by Janis - and a firm reminder that I ought to try following more sketches in 2015 :) 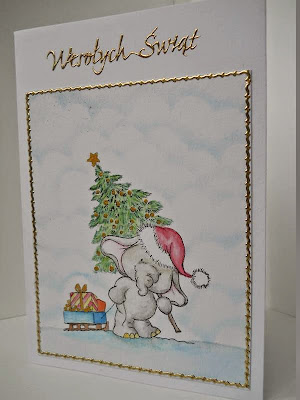 And finally, Bozena came to play right at the last minute, with this lovely card - darling image!

Crumbs, that's six new playmates - welcome to you all and I do hope you come back to play often!

Prize A: (all the dies that made up the Santa's Washing line scene)

Prize C: (the Penny Black deer stamp plus the pack of three Wink of Stella brushes)


And Prize D: (the ribbons from Jules plus the extra Marianne tree die)


Can all the winners please drop me an email with their address (di_wray@hotmail.com), and also confirming that they're happy with their prize. I have cross checked with your comments and my only slight doubt is prize D - but after her number was selected I did go and peek at Greta's blog and spotted that she uses ribbons a fair bit - yay!

So ladies, that was almost heart breaking as I wanted all of you to be a winner!

And this coming week's prize is quite a 'back down to Earth with a bump' one - but I hope it will be of interest: 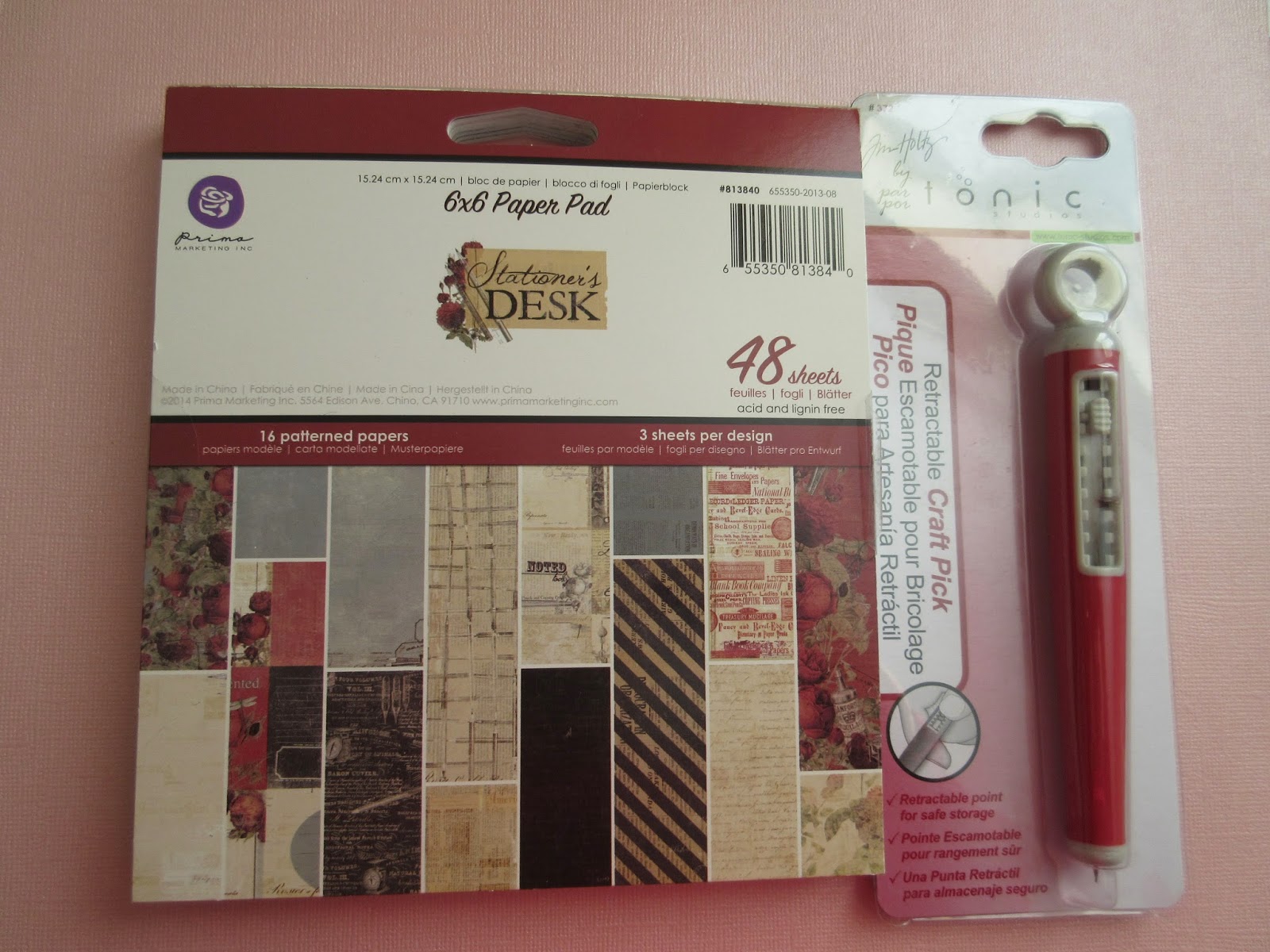 It's a 48 sheet 6" x 6" paper pad the same as the one I used today (Prima's 'Stationer's Desk') which I just love, plus a Tim Holtz retractable craft pick - one tool I use all the time.


The Snippets Challenge will run for one week and the Playground gates will close at 11am UK time on Saturday 10th January. The gates will open again at midnight UK time on the same day.

Maximum of three entries and please say 'Yes please' (or similar) in a comment if you wish to play and be a possible winner of the prize. As always, if you're only interested in one or other of the items making up the prize, just say so and if you win then I'll do a further draw for whatever it is you don't want. But, please do go for both if that's what you'd like of course.