Well folks, we reached a little milestone - this is post 156 since I took the Snippets Playground over from the lovely Jules, so we're celebrating three years of madness and mayhem over the next two weeks as a MASSIVE Thank You to all of you for being such fantastic playmates. Quite a few peeps say the Playground is a happy and fun place to come and play - and I always respond that it's all down to you lovely playmates! I just open and close the gates, hunt out hidden stocks of mulled wine at Christmas, console Parsnip when he has to wait in line for a turn on the swings - and keep the fire extinguishers up to date!

So, for the next two weeks the gates will stay open - you can come and play up to three times in total - and there will be three bumper Christmas themed prizes. Shaz in Oz suggested splitting the prize and to be honest it will split quite nicely into three - A, B and C - one prize for each year :) I'll explain more about how it will work later on in this post, but for now here's my first of three snippets cards featuring items that make up Prize A. And I'd like to enter this card into Merry Monday #139 'Winter Wonderland' challenge. 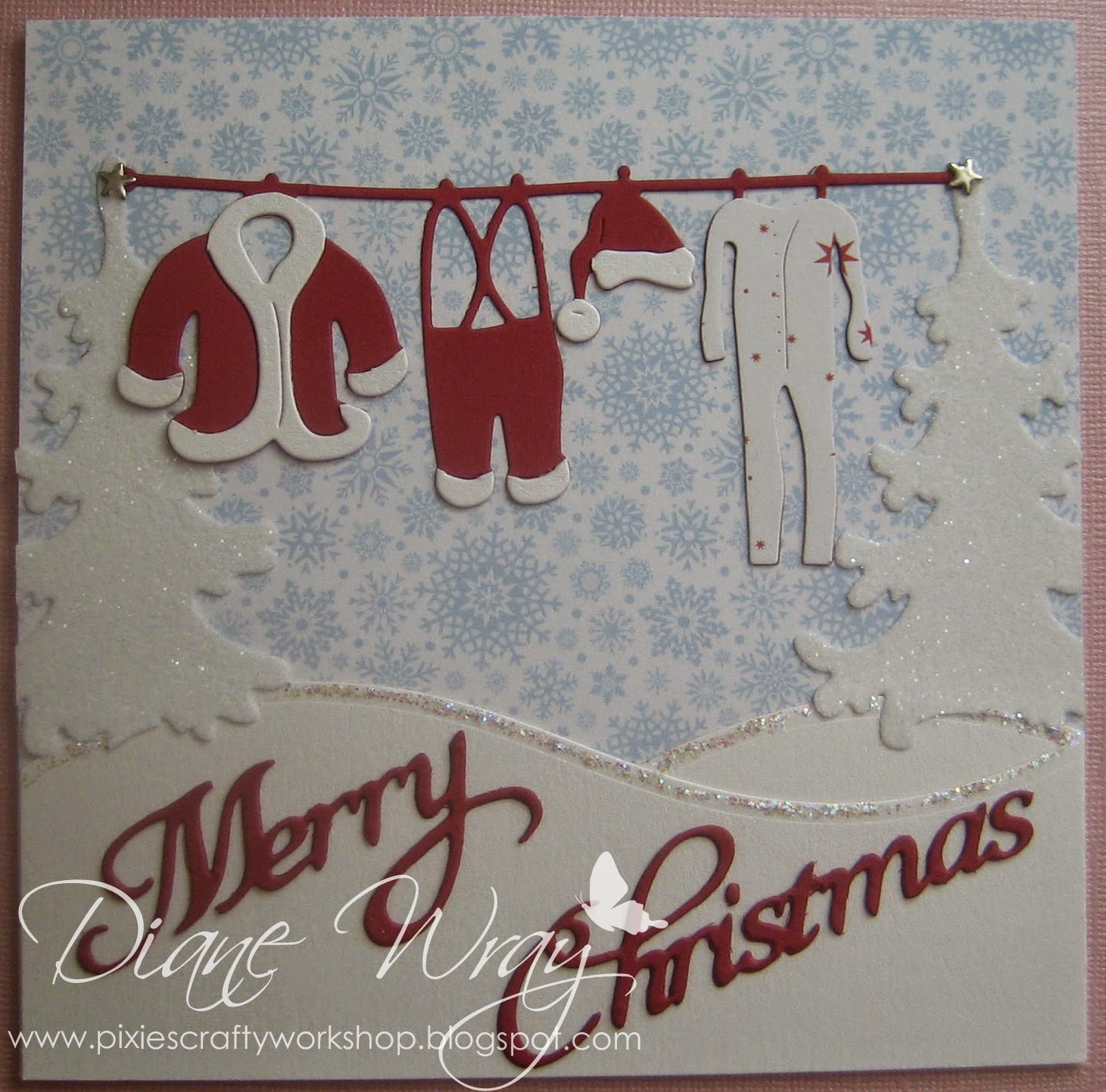 - the hillsides were die cut using a plain curved die from the Spellbinders 'A2 Curved Borders One' set, with Stickles 'Crystal Ice' along the edge

- the trees were die cut using a Marianne die (LR0136), snippets of white card covered with self-adhesive film which was peeled off after die cutting and sprinkled with Cosmic Shimmer 'Diamond Sprinkles'

- snippets of red and white card (plus a little scrap of white and red patterned paper for the long johns!) and the 'Santa's Laundry' die by Cheery Lynn, Then I attached the washing line to each of the trees and topped them with a Josy Rose silver star nail head

Usually I wait until later on to show the prize contents but this week I'll also list what you can win after each of my three snippets cards. From the card above the following four goodies make up prize A: a Spellbinders A2 Curved Borders One die set, a Marianne Tree die (LR0136 ), a Cheery Lynn 'Santa's Laundry' die and the Crafts-Too 'Merry Christmas die'. 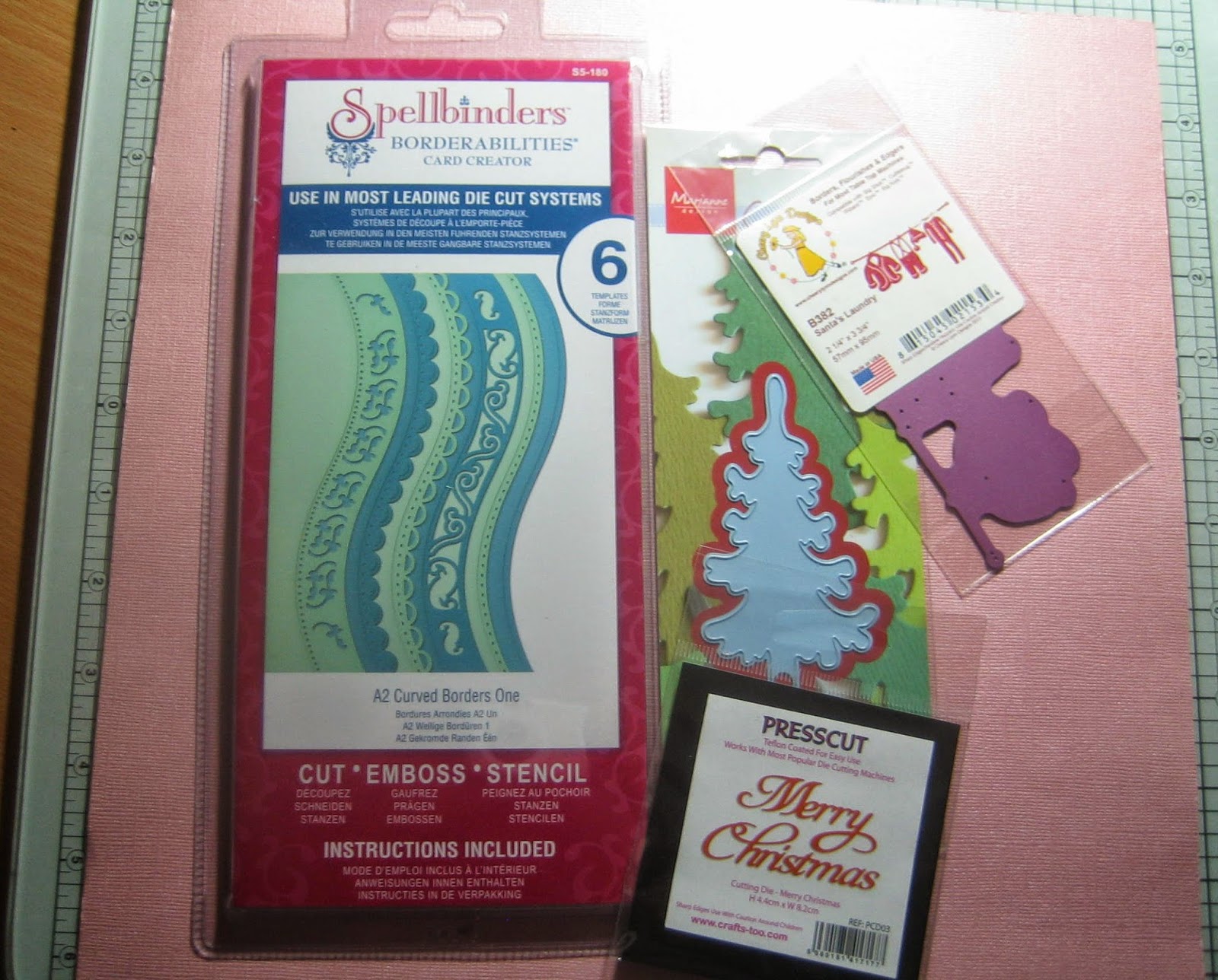 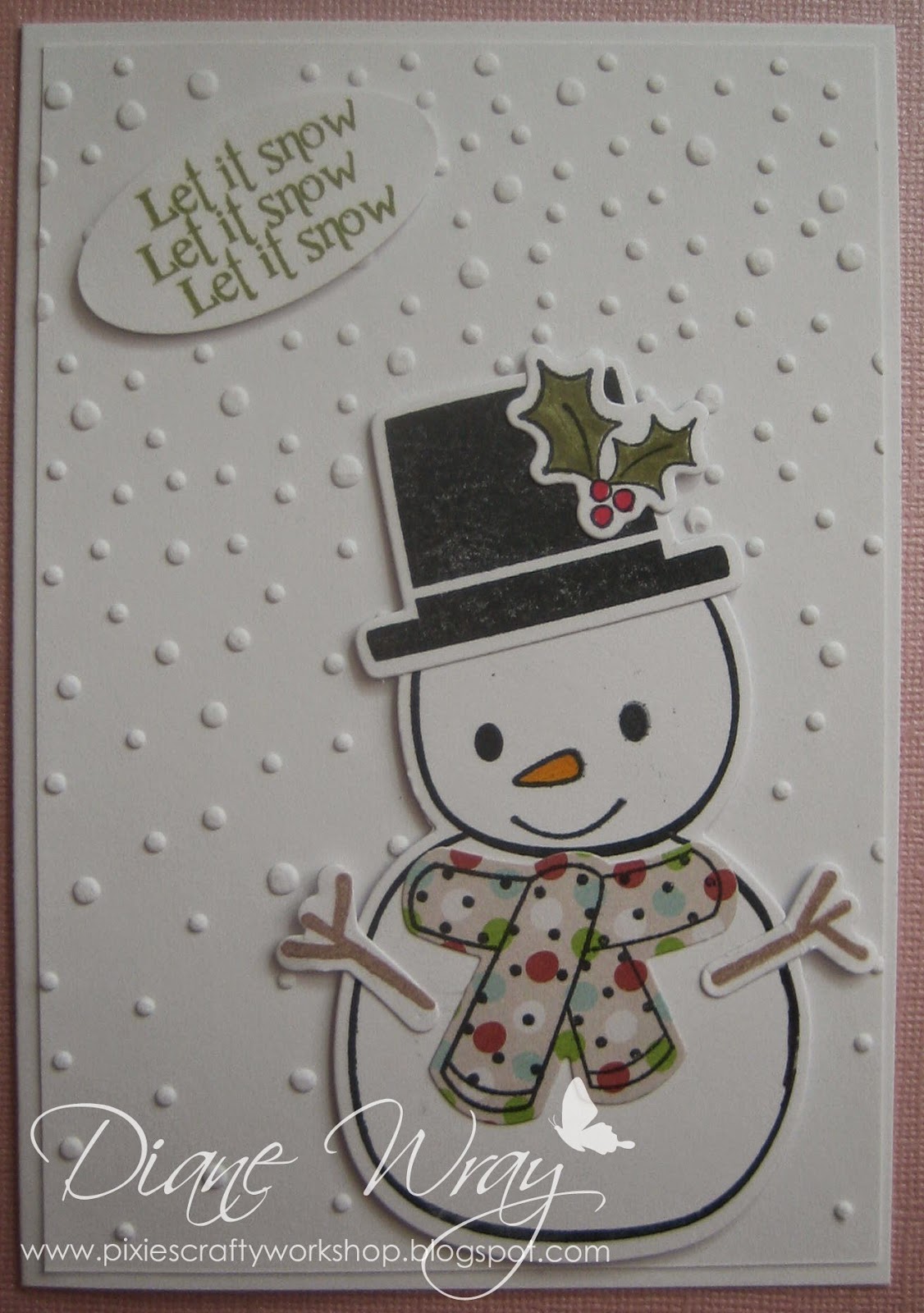 - snippets of white card, one of which I embossed for the snowy background using a folder from the Hero Arts set of 2 folders called 'Christmas Words and Dots'

- the cute snowman was stamped and die cut using the Sizzix Hero Arts 'Snowman #2' set onto plain white and a patterned snippet (for the scarf), then pieced together (bought as a huge bargain over at Sizzix - and it's still on offer as I type if you don't want to risk missing out - £19.99 reduced to £4.99!!)

- final touch, the sentiment was stamped using a stamp from the Personal Impressions 'Many Greetings' set and SU's 'Old Olive' ink pad then punched out using SU's 'Large Oval' punch

As I said, this was great fun to make and would be a really easy 'batch bake' card.

So, three of the things I used make up prize B: the Hero Arts set of 2 embossing folders called 'Christmas Words and Dots', the Sizzix Hero Arts 'Snowman #2' set and the Personal Impressions 'Many Greetings' set. We have actually had the embossing folders as a prize once before, I had bought two for the Playground and then one went missing - found it the other week, wedged behind the back of a drawer here! Slightly crumpled acetate box but the folders are fine :) 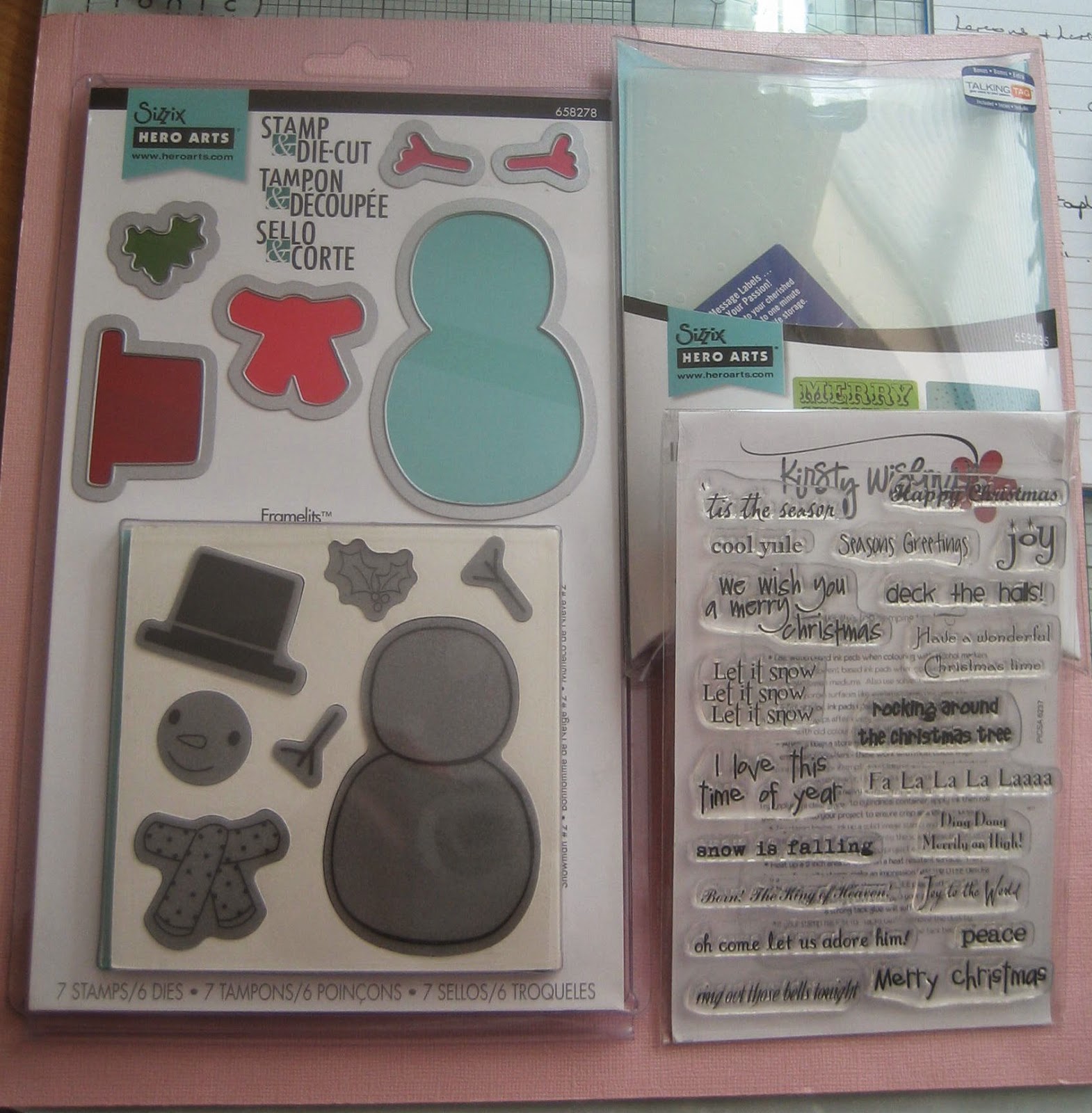 My third snippets card was super quick and easy, mostly as I wanted to offer the Christmas stamp I bought for the toy box absolutely ages ago - along with something extra. And that has totally cleaned out the toy box of Christmas goodies - hooray! And, as this card truly was a last minute dash I'd like to enter it into Craftyhazelnut's Christmas Challenge 'Whatever is still urgently needed for Christmas' as well as Craftyhazelnut's Christmas Challenge Extra for December: 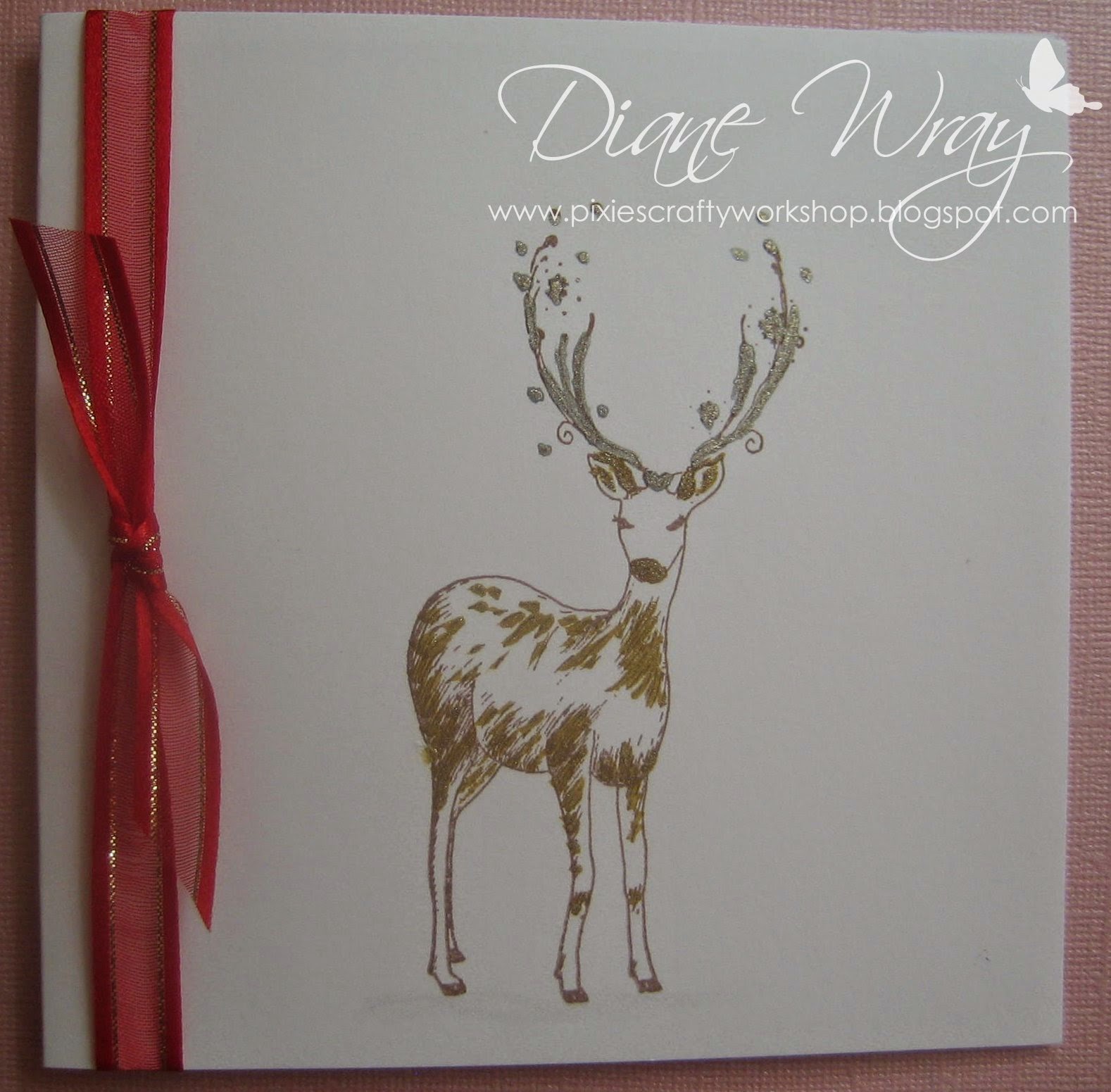 - tickles of Wink of Stella, which are probably hard to see, gold on the body, silver on the antlers and sparkles around them, and a clear line along the bottom

And if you didn't already guess, Prize C is a Penny Black 'Mystical Deer' stamp like I used today plus a set of three Wink of Stella pens in Clear, Gold and Silver. 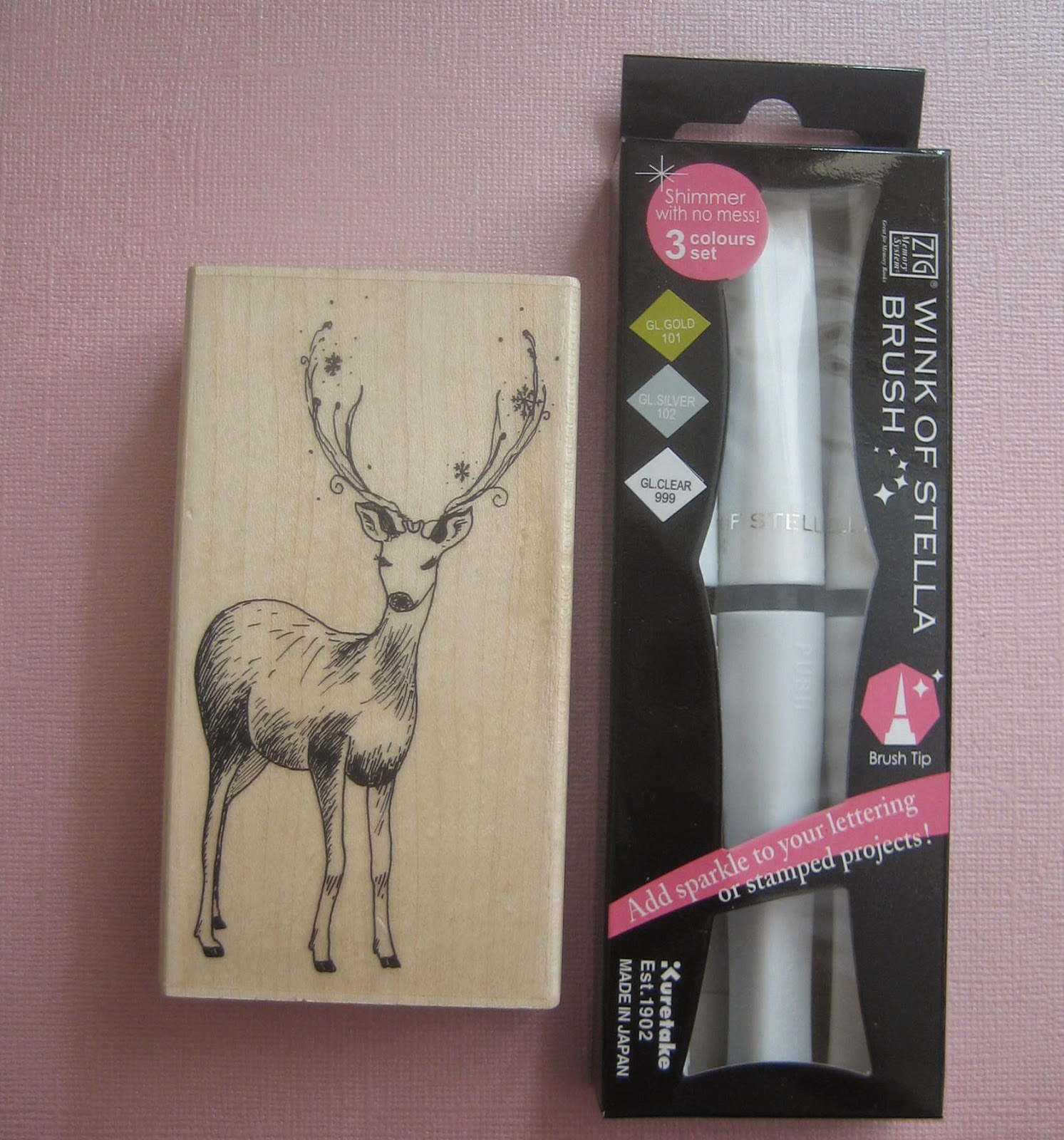 So, that's a lot of Christmassy stuff to be won girls! I managed to get some good deals whilst shopping around and the purchases were spread out over time so it truly isn't bread and jam for Christmas dinner :)

Onto this week's picks: 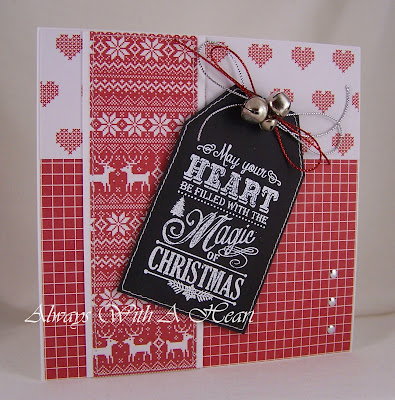 I totally adore this very Scandinavian Christmas card, and all the more so as it was made by Jules, who started off the Snippets challenge in the first place. 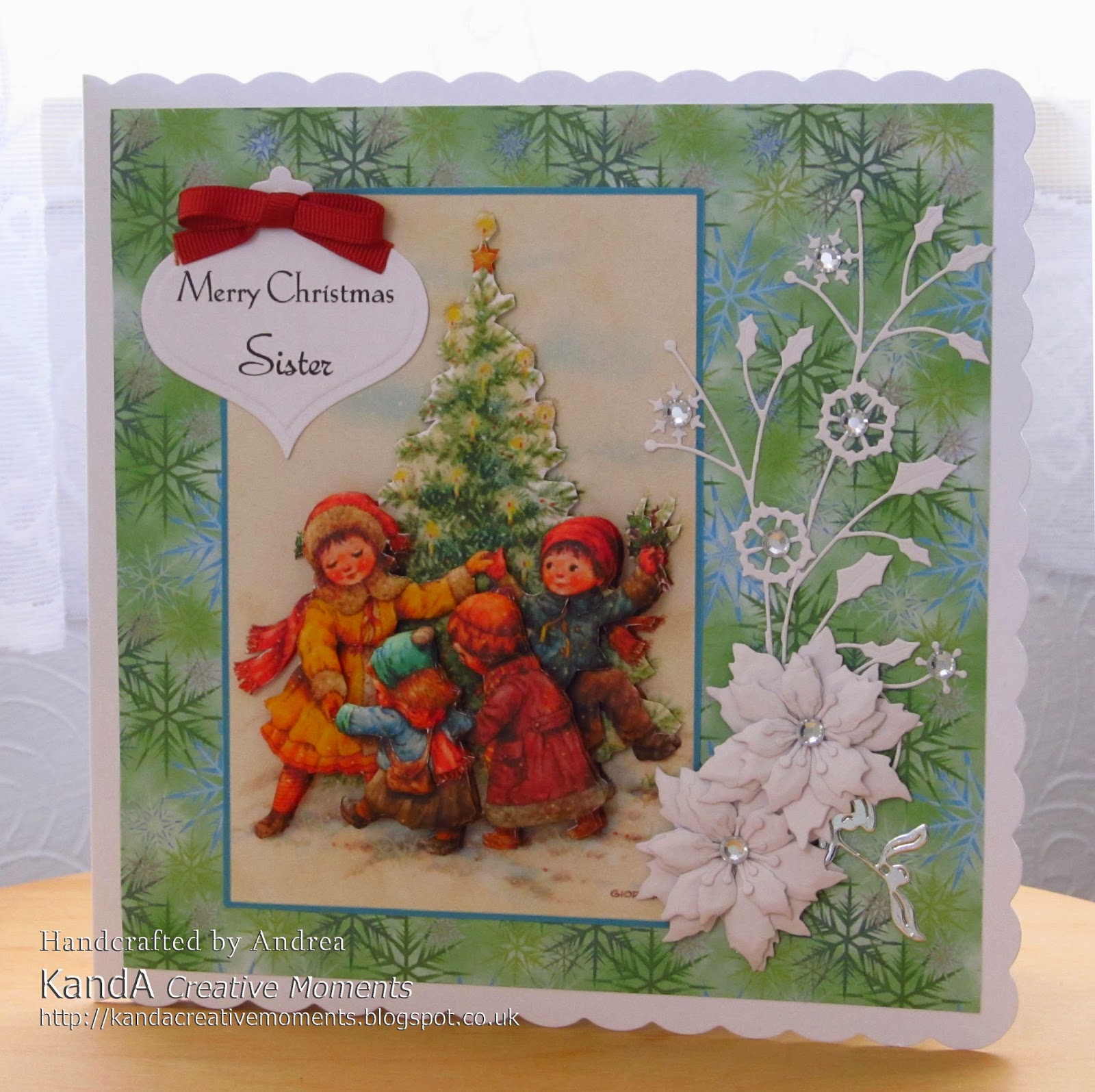 This fabulous decoupage Christmas card made by Andrea really caught my eye (the good one!). 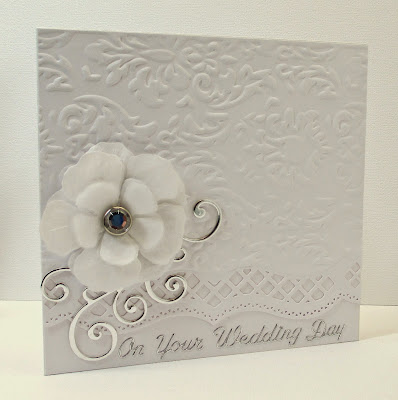 Such a gorgeous and so elegant Wedding Day card, made by Jenny H. Only the silver scroll used a snippet - but that's enough to come and play :) 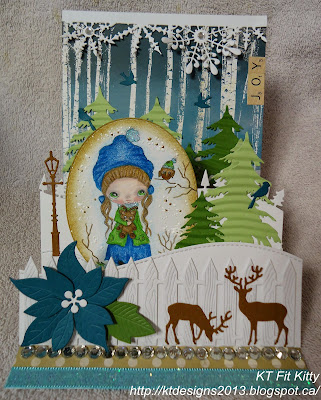 I know, this is pick number four in an already busy post with a lot to digest. But I couldn't leave this wonderful 3D easel card out, made by Kitty!

No new playmates this week - just as well, with all the partying behind the bike shed and this comment left by Sarn 'Shy-eye-lent night (!) . . . ho-oh-leeee night . . . all ish kalm, all is bwighttttttttt . . . hic! No Mish, no hiccuping here Mish! Fancy a mince pie?????'. Then Sally left this comment just to add her two-pennorth 'Not shuuur what Parshnip put in the hot toddy, but it deffo is hittin the schpot, hic! We wishewww a mewee cwismus an a haaaaappppppppeeeeee neeewwwww yeeaaarrrr! Me an Sarn is goin to join a choir!'

Tee, hee, I rest my case!!!!! Anyone got some ear plugs?! Best move on while the going's good I think!

And the winner of last week's Memory Box 'Woodland Branch' die and the robin stickers is:

Karen P
Well done Karen, I'll pop the prize in the post for you as soon as possible, I already have your address :)

So let's just go over the slight change in the rules for the coming fortnight:

2. There are three different 'bundles' on offer this week. I've labelled them A, B
and C for ease.

3. Here's how it'll work, I hope! As always, do make sure you say if you're playing along to be in the prize draw in a comment. You might already have some of the goodies on offer or just not fancy them - that's fine by me so don't think I would be at all offended if you say no thanks. BUT, if you want to be in with a chance for all or just part of the prize bundles (A,B and C) then please say which one(s). It's absolutely fine to say ALL - that's what this is about. But if you fancy just a couple of things in some of the prizes, then also say so - if your name is drawn for a prize first then you get first dibs! My plan is that at least three different people will be winners, maybe more if some of you only want part of a prize.

4. I think it might be a bit of a logistical nightmare for me but I'll be keeping an eye (the good one!) on your comments and building up lists of who's interested in what! Do let me know if this sounds like a right ole muddle - I've got it clear in my own mind - but then might not have explained it very well.

Wishing you all a Very Merry Christmas and everything good in 2015!