As a child (due to being what was known as an 'Army brat') I spent three wonderful years living in Singapore. That's where we met Mary, who coerced me into experimenting with trying to put an egg into a bottle. She was, and still is, delightfully dizzy and quite exciteable whilst her husband Ken is a very calm and quiet person - a perfectly matched pair in fact.

Mary and Ken had two young children, and quite an old car: 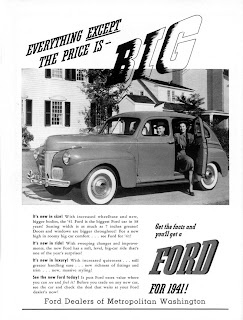 Perhaps not as old as this one, but not dissimilar.

It was pretty normal practice about half way through a 'tour of duty' in Singapore to head for the Malayan Highlands for a week or so to sort of recharge your batteries - it actually got cool enough in the evenings to need a cardigan and the air seemed so fresh and sweet after the heat and stickiness of Singapore. At that time the Malayan Emergency had almost ended but you were still issued with warnings about the possibility of terrorists on the lonelier parts of the route which wound up into the Highlands.

Mary, Ken and the two kids were well en route for their trip to the Highlands - in fact going up what had been a notorious piece of road. The routine was that cars only went Northwards for a one or two hour time slot, being checked in and then out for safe arrival, before cars could travel Southwards for their one or two hour timeslot. The road was narrow with jungle on one side and sheer drops down the mountain on the other, and everyone embarking on that section of the journey was issued with dire warnings not to stop. It had been a perfect place for terrorist ambushes in the past so the scene was set.

I swear that Mary must have been sitting bolt upright like a meerkat in the front seat of the car beside Ken - waiting for any sign of trouble:) 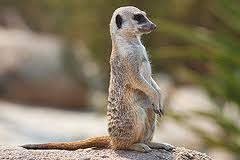 Yup, you knew something was coming - sure enough there was suddenly a loud bang from beside the car. Being Mary, her life flashed before her as her choices were fight, or flee. Mary chose to flee but no way was she going to come to any harm in the process. No sirree, she immediately slid down into the foot well of the car and rolled into a ball - totally ignoring two young offspring bouncing round in the back seat squealing in excitement at the thought of being in the midst of a mini-war. Ken had stopped the car at the little explosion, much to Mary's horror. From the safety of her refuge in the foot well she managed to extend a hand with which she repeatedly slapped Ken's leg whilst screeching 'Drive on, drive on, we're all going to be killed!!!'.

Ken merely opened the drivers door and walked round the car to the passenger side then opened the front door. Mary unrolled a bit from her hedgehog position to peer at him, hair sticking in all directions and eyes bulging with terror - then screamed at Ken 'Why aren't you driving on?!'.

The quiet and very mild reply from Ken was 'I will drive on dear, just as soon as I change the tyre which just had a blow out'.

I don't think that Mary has ever been allowed to forget her moment of total lack of motherly instinct all those years ago :)