I just had to sneak in another Penny Black prize, before the last prize appears tomorrow! Luckily I did this and wrote most of this post the other day and this is my snippets card - I love this cheeky chappy: 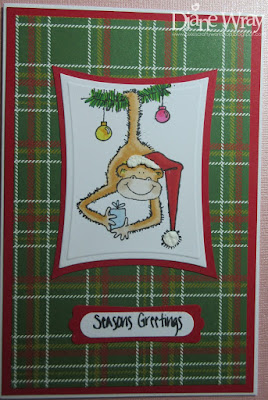 - final touch, Inklylicious 'Fluffy Puffy Stuff' on the monkey's hat/pompom and tickles of clear Wink of Stella on top of that and also on the baubles

Once again, the jury is out over the 'Fluffy Puffy Stuff'. This is the third brand of heat activated stuff I've tried and to be honest none of them really float my boat. Mind you, one of the previous brands went light brown (like a meringue) on a previous card - at least this one stays white :)

These are today's prizes: 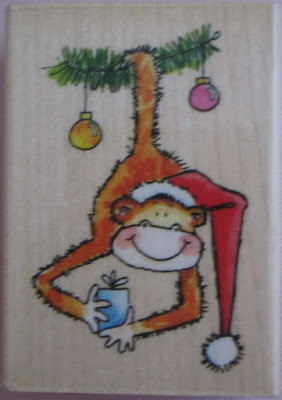 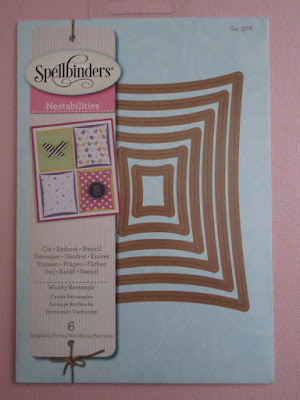 It's a Penny Black 'Monkey in our Tree' stamp as well as  a set of Spellbinders 'Wonky Rectangles' Nestabilities dies.

As usual, just add a comment underneath this post if you'd like to be in the draw for today's prize - or even for just part of the prize goodies (the stamp or the set of dies) same as I used, just say so in your comment. I can split them if you wish although it's one whole prize if that's what you'd like.

At the end of all of the celebrations I'll do a massive draw session using Mr Linky - which is on the main snippets post HERE - so you do have to have entered at least one snippets make to be in with a chance :) Maximum of three entries please.

Just one more prize to play for now - that will be on here tomorrow. It's not mahooosive, but I think it's very elegant :)

I've been thinking that return to the 'normal' one prize per week will seem a bit tame after the past couple of weeks - but needs must. I do know this, the Playground is such fun, I'm sure you will still play along. I do see how you visit one another and it gives me the 'warm fuzzies' to know that, somehow, we have such a happy little band :)

Mind you, I did notice that the Nativity Play went off like a damp squib - or was I too spaced out on meds at the time? Maybe we can fix up an Easter Egg hunt next - I bagsie wear the big floppy ears and whiskers, if Parsnip will show me where he hid them last time I dressed him up in them :) 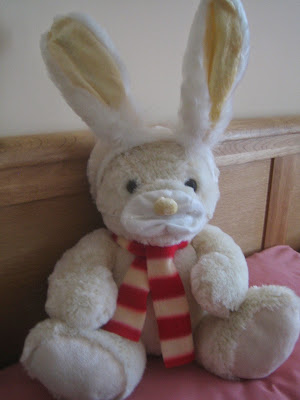 Hope you have a lovely New Year's Eve, whatever your plans may be. Ours will be quiet and that's just how we like it!
Di
x