Butterfly Challenge #32 + S is for sequins

It's my step-mum's Birthday shortly, so I made this card for her: 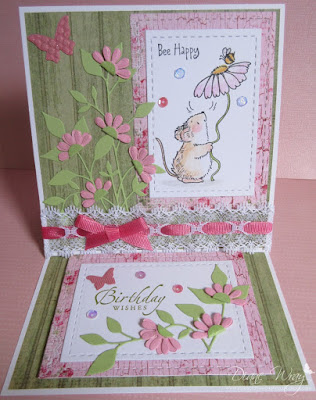 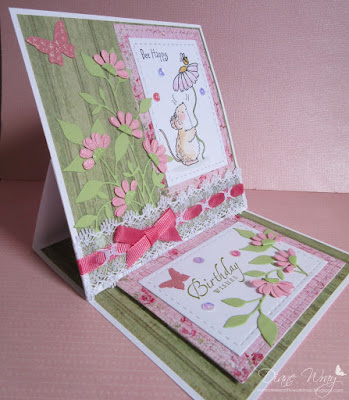 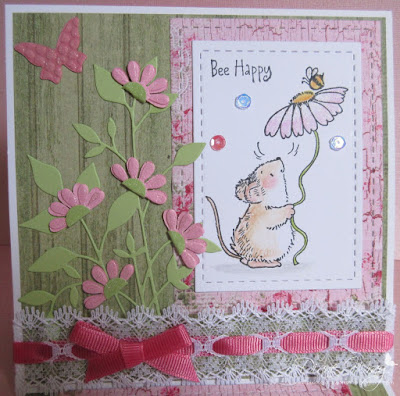 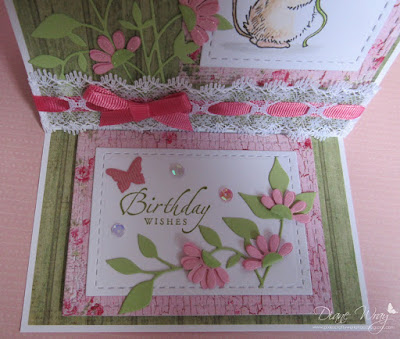 - the 'bottom' plate was made in a similar way, with the sentiment (SU's 'Sincere Salutations' and 'Old Olive' ink)

- the daisies were die cut from snippets of pale pink card using a Joy! die, then folded in half (got this trick from Debby) and then had little circles wrapped around the bottom, punched from snippets of the green card, using one of SU's 'Itty Bitty' punches

- the lace came from Hobbycraft ages ago and the ribbon was from QVC - way back when!

- final touch, tickles of clear Wink of Stella on the butterflies, flowers and the little bee's wings

- and the final, final touch - a few iridescent sequins here and there

It's ages since I last made an easel card, so this was great fun to play about with. But, based on the time taken, I don't think they'll be a regular feature! Then of course I had to make a box to post the card in - and line the base with more pretty paper!

I'd also like to enter this into the following other challenges: