There are some Christmas challenges I absolutely try my utmost not to miss, and this card actually fits FOUR in one go! 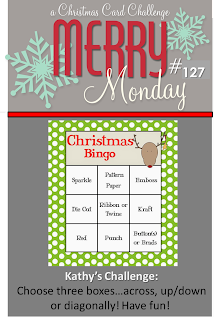 Crafthazelnut's Christmas Challenge - where you have to make a card in 20 minutes or less, once you have stuff out ready on your desk. To be honest I thought I wouldn't manage that but was amazed at how fast I could work when everything was already to hand, the card design was planned and I wasn't dithering around. 30 minutes for two identical cards, so I think 20 minutes for one is about right 'cos the second one is always a bit faster?!


And, Craftyhazelnut's Christmas Challenge Extra, where it's always 'Anything goes' 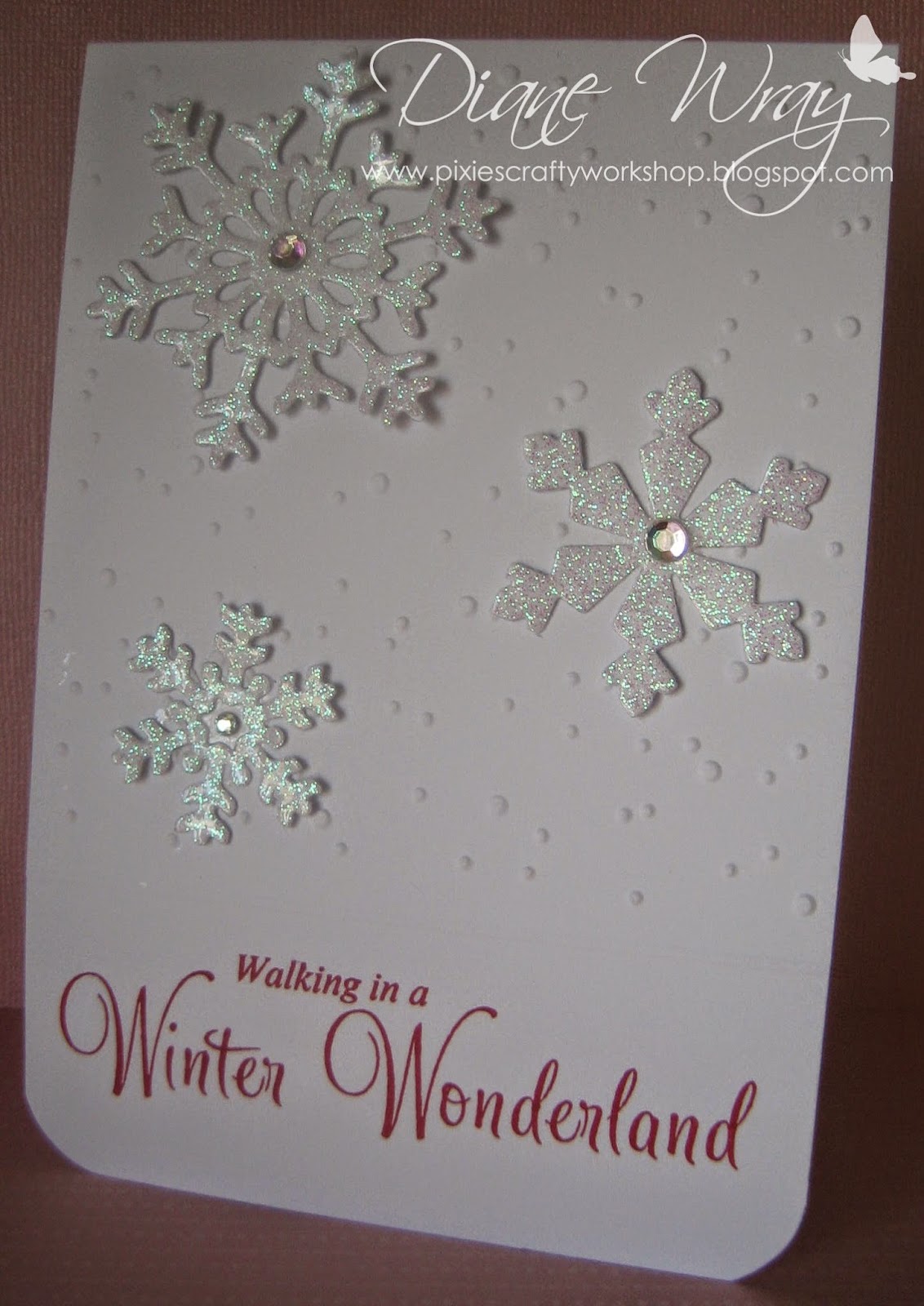 And to prove, for Sarn, that I made two cards: 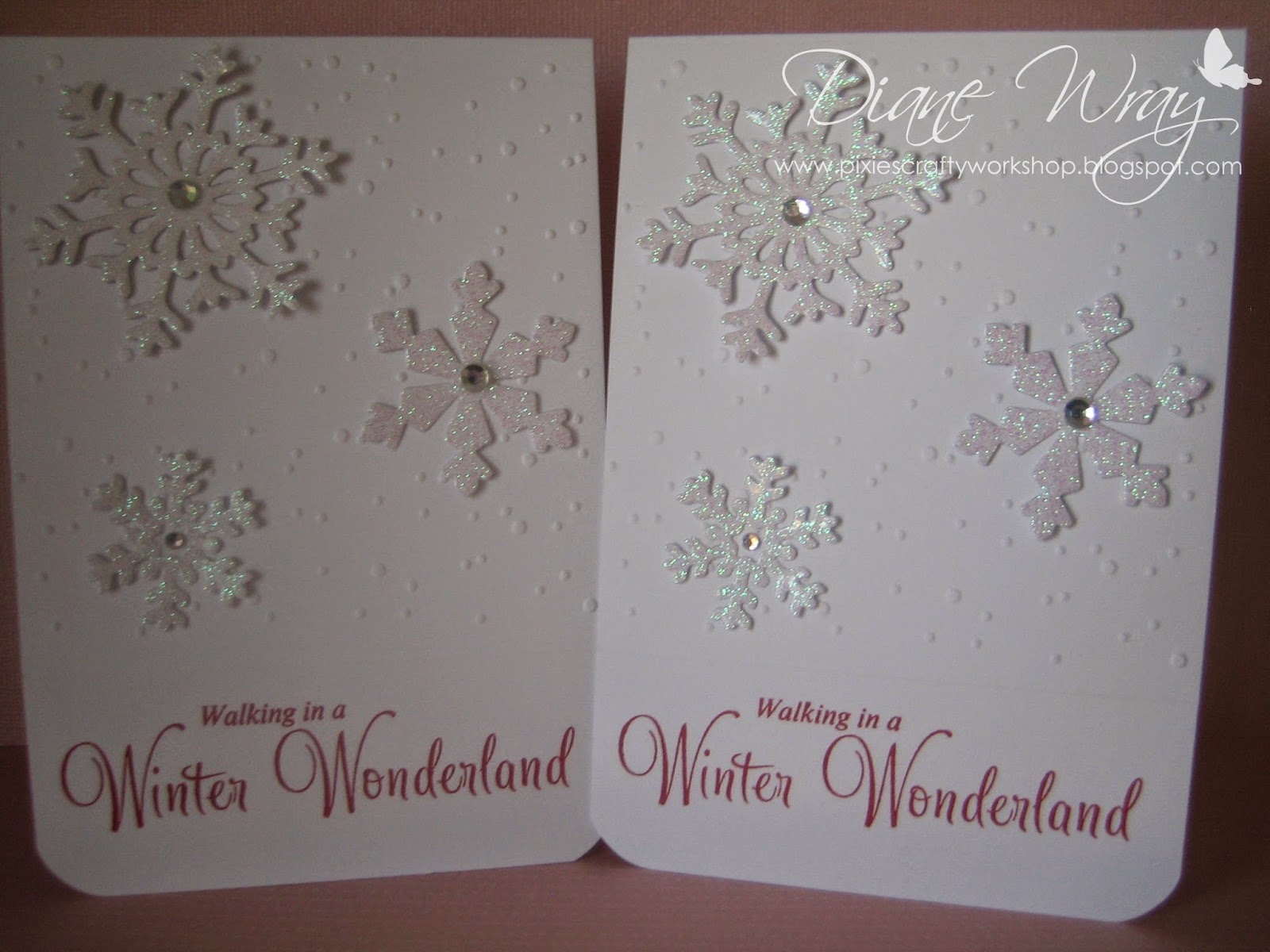 - the top three quarters of the card front was embossed using Cuttlebug's 'Snowflakes' folder sideways on, then I used the Hougie Board to score across the slight mark that had been left by the edge of the embossing folder. In fact that worked well (I thought) to create a nice division between the embossing and the plain part of the card where the sentiment was to be stamped - harrumph, even though the scored line doesn't show up in the photos!

- next came the snowflakes, I'd covered some white card stock with clear sparkly film and using a die set called 'Layered Snowflakes' by Whimsy cut out three snowflakes for each card (thankfully all in one go per card as die cutting through card topped with sparkly film takes a good few passes and some determination). The snowflakes were glued using 'Glossy Accents' and topped off with Aurora Borealis sparkly gems

Phew, then I truly needed a lie down to recover! Photographs, writing this post and also clearing away the stuff I used/sort of threw aside after I'd used it has taken MUCH longer!