Less is More - I do like to be beside the seaside

That's the current challenge over at Less is More - where our lovely playmate Darnell is Guest Designer this week!

I steered clear of seaside scenes as, for me, one of the delights of the seaside is looking for pretty shells - and this embossing folder had never had an outing either: 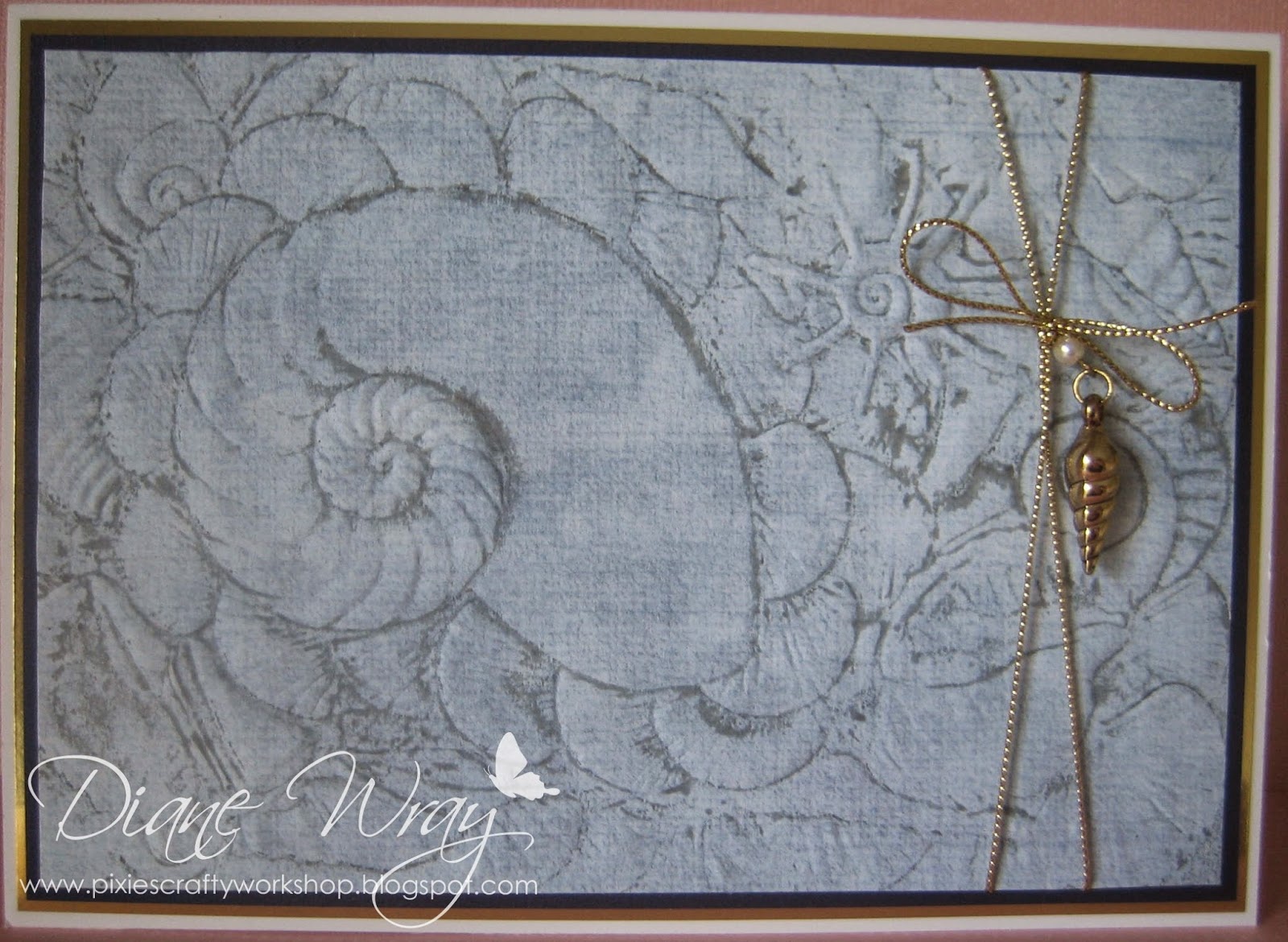 - a snippet of pale blue, slightly linen printed paper, which I embossed with the fabulous Spellbinders 3D-M-Bossabilities 'Shell Beauty' folder. Before doing the embossing I inked right over the 'indented' side of the folder using Memento's 'London Fog' ink pad and that's what makes the embossing stand out so well of course

- the gold coloured shell charm was tied on, in a bow, with another small piece of gold cord

The charm came from a bracelet in Primark's sale a few years ago - I think there were three or four gold and pearl charms on the bracelet - bought specifically to cannibalise for the charms :) At the same time I found a great silver coloured one with a small Eiffel Tower and other Parisian things on - I think there was even a tiny little poodle :) So don't overlook 'el cheapo' stores where you could find jewellery to chop apart for card making etc.

I didn't add a sentiment or anything else - partly for fear of over egging the pudding when it's meant to be a less is more card, but also because I couldn't bear to cover up any of the gorgeous embossing :)