Is it a butterfly, a bug, a bee or a teddy with wings?

Either way, it's a stamp that makes me giggle - and so I inked it up for the first time for the NBUS challenge:

Darnell's 'NBUS Challenge #2' - to celebrate over 600 followers. Way to go Darnell and so generous too! There are five $25 vouchers to be won but I'm just playing for fun as I was really lucky and won the first time Darnell did this challenge. I used my winnings to buy some Spellbinders dies - which will pop up on here soon. 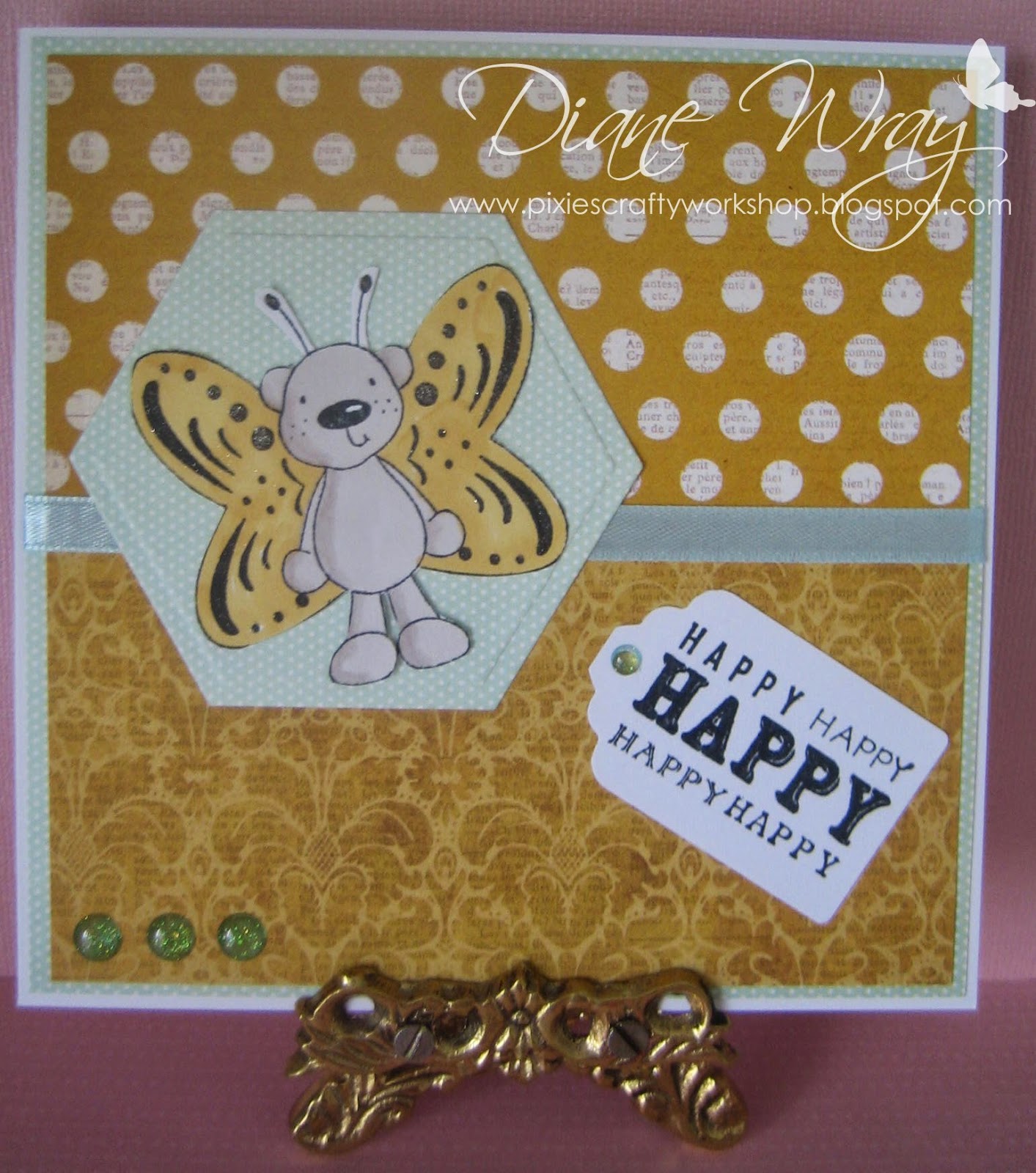 - papers from the MME 'Sunshine' paper pad. I die cut the hexagon (using a Spellbinders Nestie) out of the centre of the turquoise backing paper and the mustard coloured papers are snippets which were tucked into the back of the same pad

- then I coloured the image  using Pro Markers - sigh, and went over the edge so had to carefully fussy cut round him, and then I added some Clear Wink of Stella to the black markings on his wings

- the sentiment was punched out using a Hobbycraft Label punch and a small hole punch, before I added more Wink of Stella to the large 'Happy' word

- almost forgot, a strip of self adhesive ribbon to hide the join in the mustard papers, plus some domed 'sparkly' thingies - one on the label and three in one corner

Oh, and a stamp set the same as this one is one of three parts to next week's Snippets Playground prize too :)

We'll be out celebrating my Birthday today - but Parsnip is watching the Playground like a hawk, so no mischief please!