Whoosh, it's here again - from now until the end of this month you can link two Christmas cards (in one post remember) into Sarn's Rudolph Day challenge. Which is two less to think about later in the year :) I inked up a NBUS Penny Black Christmas stamp for the first time, what a cute name it has ........ 'The Light Brigade'! Tee, hee: 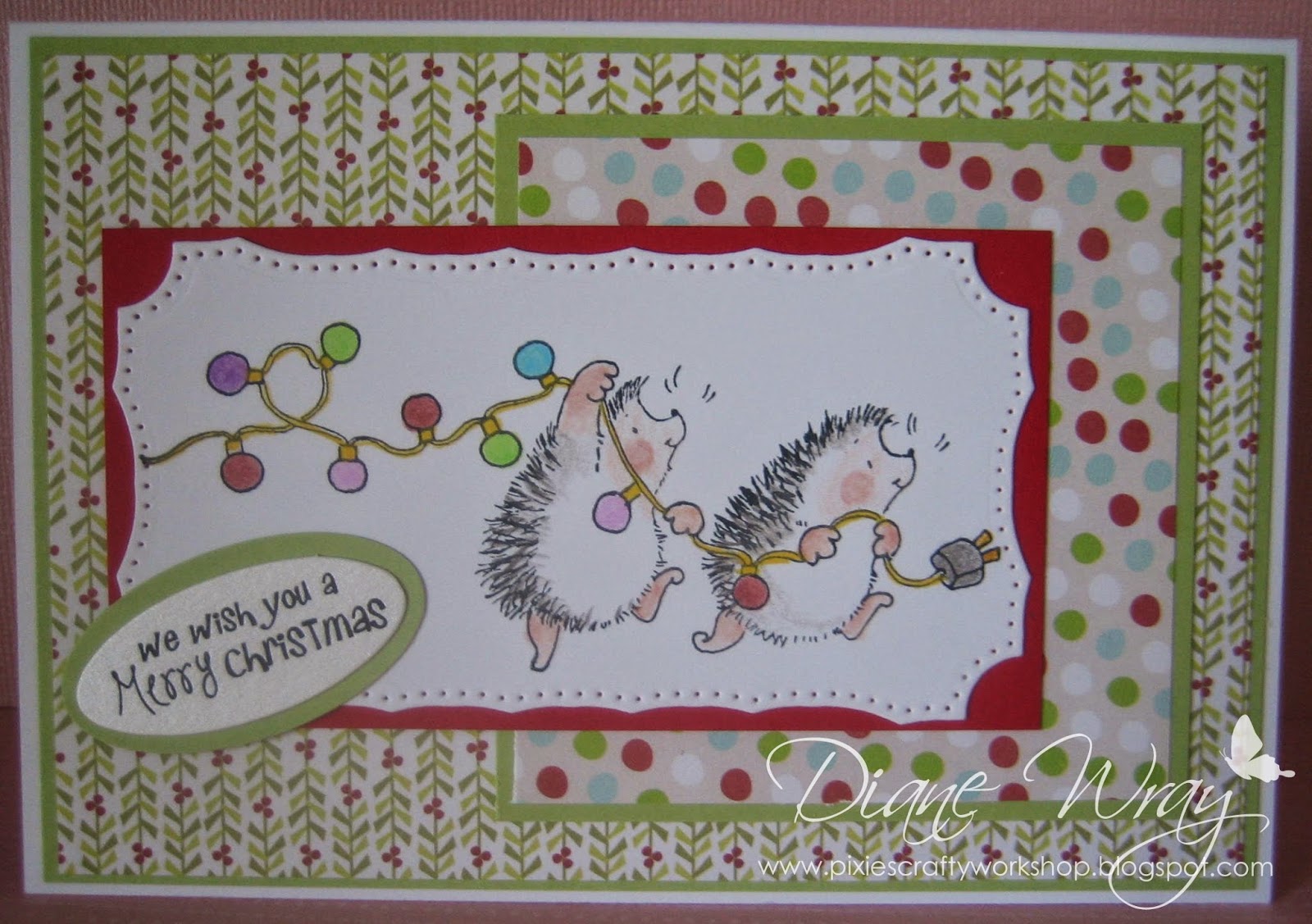 As Sarn asks us for two cards, I made two almost exactly the same - only the sentiment wording is slightly different: 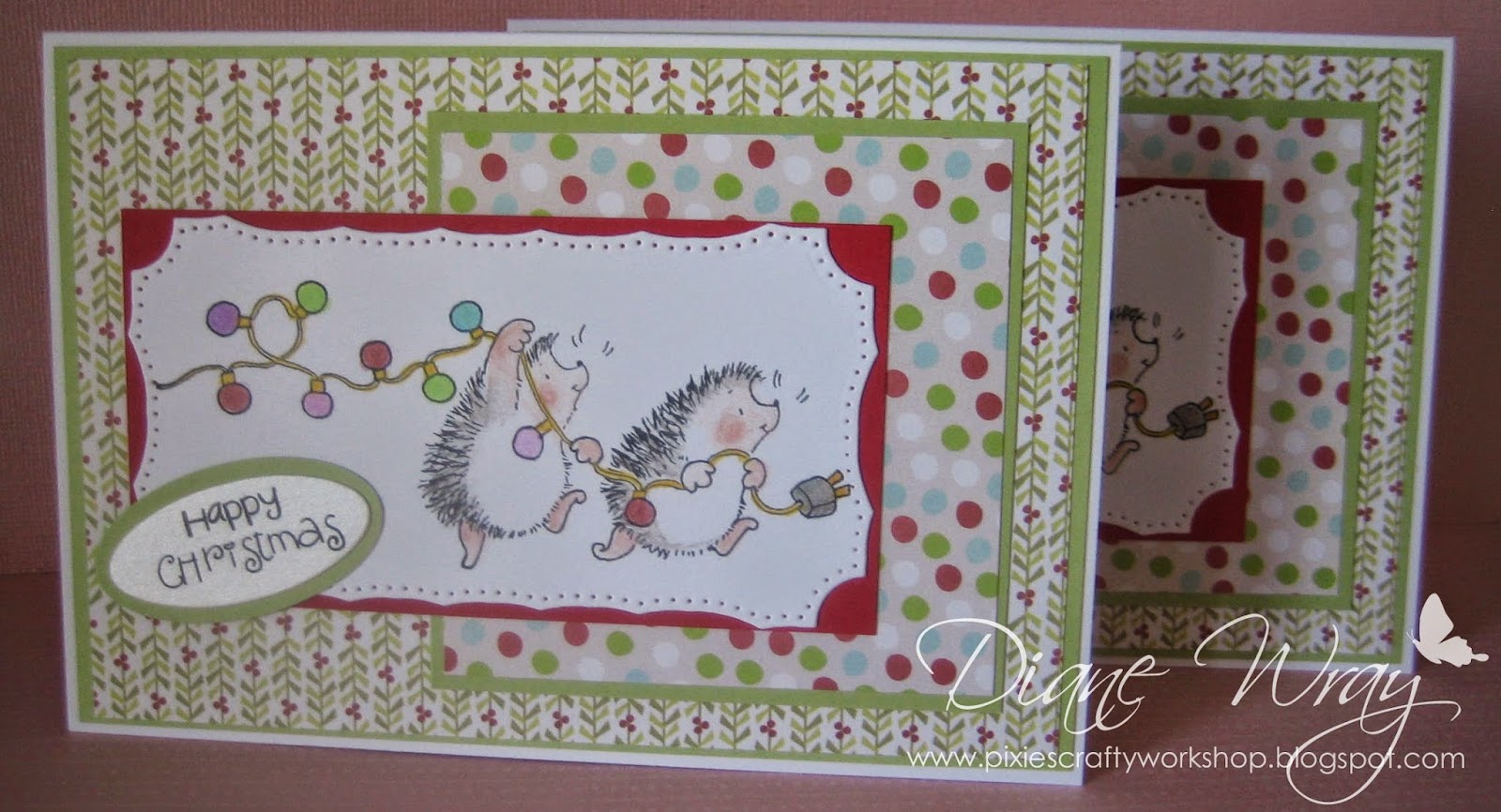 For each card I used:

- Penny Black 'The Light Brigade' stamp, stamped using Memento 'Tuxedo Black' and coloured with Faber Castell Polychromos pencils and Sansodor blending solution. I tried Inkssentials 'Cut-n-dry' pen nibs instead of Derwent blending stumps with the Sansodor and much prefer the precision it allows - also the end of the nib didn't go 'raggedy' on me! Thank you Irene for sending me the nibs, mwah :)

- the image was then die cut using a die from the Spellbinders set called 'Resplendent Rectangles' and layered onto an oblong of 'Real Red' card. I'd tried lots of different dies over the image for 'best fit' before suddenly spotting this long narrow one sitting quietly in the Spellbinders set and can see it being very useful!

- the plain green and red card came from the snippets folder, but I know it's SU's 'Certainly Celery' and 'Real Red'

- patterned papers are from the Back to Basics Christmas 'Modern' pack

- sentiment is Craftwork cards, layered onto an oval of 'Certainly Celery' which was punched with SU's 'Large Oval' punch

So that's two more for the box - and still on target with 12 Christmas cards per month.