A bit like Sympathy cards, New Home ones (when folk let you know they're just about to move house) can catch you on the 'hop'. So this card is for my standby box: 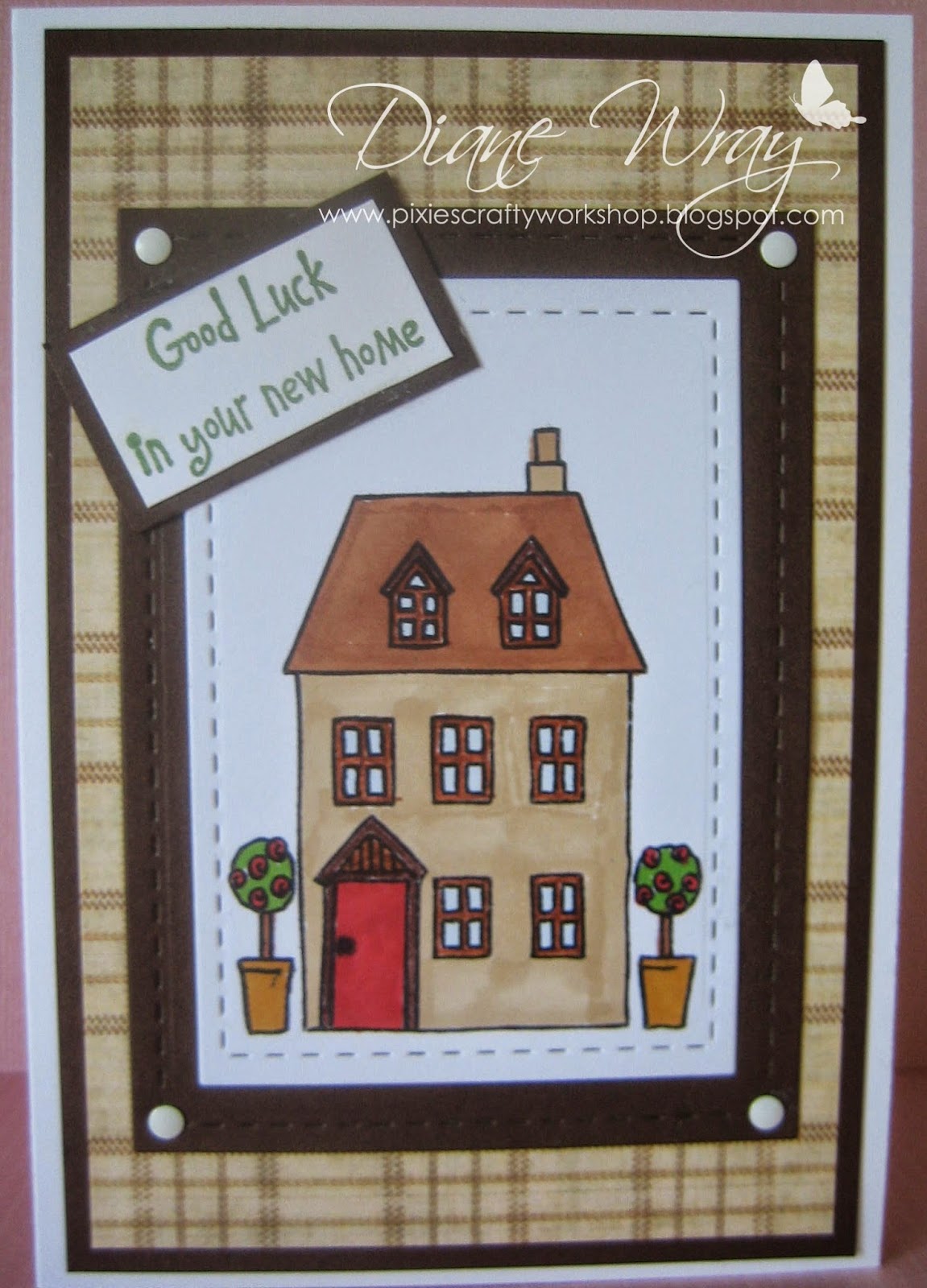 - image stamped using Memento 'Tuxedo Black' ink pad and a Stamposaurus Stamp called 'Town House - small' (bought at Newbury the other week). The image was coloured with Pro Markers and then die cut using a 'Stitched Rectangle' die by Lil'inkers

- plain brown card for the main backing layer as well as a 'frame' for the image, also die cut using a 'Stitched Rectangles' die

- sentiment is an Elzybells one, stamped using Brilliance 'Pearlescent Thyme' ink pad and layered onto a rectangle of brown card

I've been asked about the Lil'inkers dies - made in the USA. Unfortunately they don't export the stitched squares or rectangles to the UK (as yet and I suspect it's unlikely they will do so in the future) but there is one UK stockist who does have some of their other goodies including stitched hearts, ovals and other shapes . They also have some Winnie and Walter stamps, yay!. The stockist is 'Make The Day Special'  . Do be aware though that they're often out of stock of stuff but certainly worth a first try if you're not in a hurry for something.

So, I ordered my Stitched Rectangles dies from the USA directly from Lil'inkers. In fairness the girls were very good and reduced the postage to $10 when they realised I was only ordering one item - I'd done that so as not to be stung for import duty. Hey, ho though - the customs declaration included the postage (ie. the full invoice amount I'd paid) and I DID get stung for customs duty. What was double annoying was that Royal Mail charge £8 to process the flipping charge!

So, if you UK gals do order from Lil'inkers can I suggest that you add a little note to the effect that they really shouldn't include the postage in the value of the parcel. That's what took my order over the top, sigh. And that, girls, is why I'm using the dies as much - need to get my money's worth outta them!