The current challenge over at Craftyhazelnut's Christmas Challenge is to 'glam it up' with sparkle, glitter, bling, shine etc. I used the lot after starting out with a Christmas card from last year's 'received cards' box: 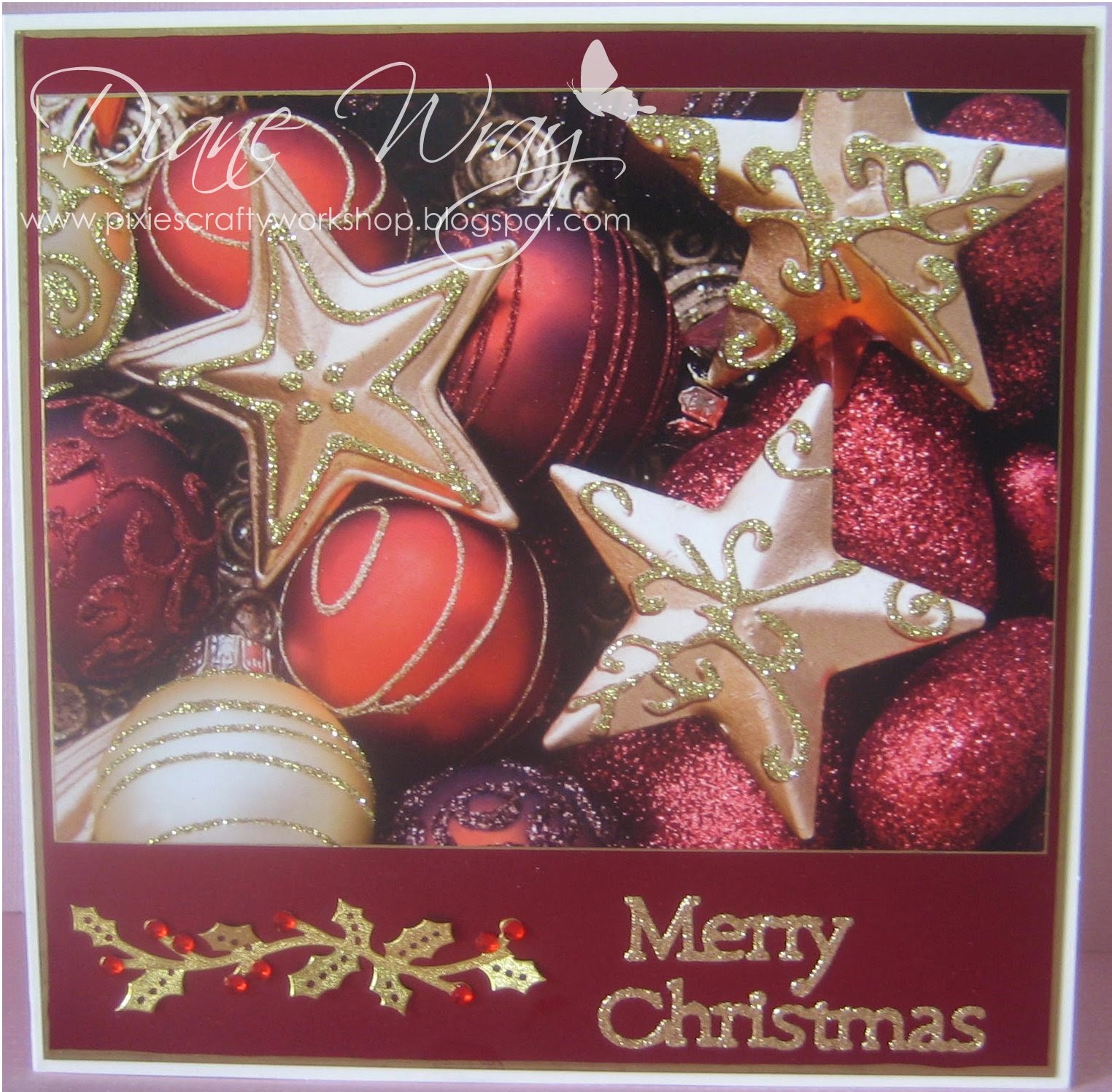 - Christmas card front which was about 6" square until I trimmed it down a bit - shiny with gold sparkle on, a great starting point! To finish off the edge of the image I ran a Sakura Calligrapher 5.00mm gold pen around the edge - a trick I picked up whilst looking at a Joanna Sheen tutorial

- the red backing card I used is lovely deep red matt mirri card, just bought from Joanna Sheen's shop and it's called 'Red Velvet'. Not overly cheap at £2.49 for 3 sheets but really lush. Had actually bought it with die cut poinsettias in mind (as suggested on the website) so that would be more economical use in future

- next was the sentiment, although me not daft and did it before assembling the card. Instead of sparkly embossing, I found a packet of lovely gold Papermania Glitteration's Sentiments hidden away - much to my delight!

- the one thing I'd forgotten to do was to run the gold pen around the edge of the Red Velvet backing card so I took a huge gamble, bearing in mind that the card was finished by then. As I use Collall glue there was just enough 'play' to allow me to slip a piece of paper just marginally underneath each side in turn for protection and to run the gold pen down the side of the red card. Not a perfect result - but what's a little wibble wobble on a hand made card :) Plus, it certainly taught me to always do that part first!

So there we have sparkle, glitter, bling and shine all together :) Plus, I'd like to enter this card into Craftyhazelnut's Christmas Challenge Extra for July.

Len spotted the card on my desk and asked where I'd bought it (in the middle of July?!) - praise indeed though!