Last Friday (crumbs, already a week ago now!) I met up with Sarn, Sam and Debs for lunch in Southampton. As things were so busy here I did fear I'd end up going empty handed and that really stressed me out. However, lying in bed on the Tuesday night, I had a sudden little brainwave for at least a starting point. Then I remembered some little 'cuties' I had here and this was the end result: 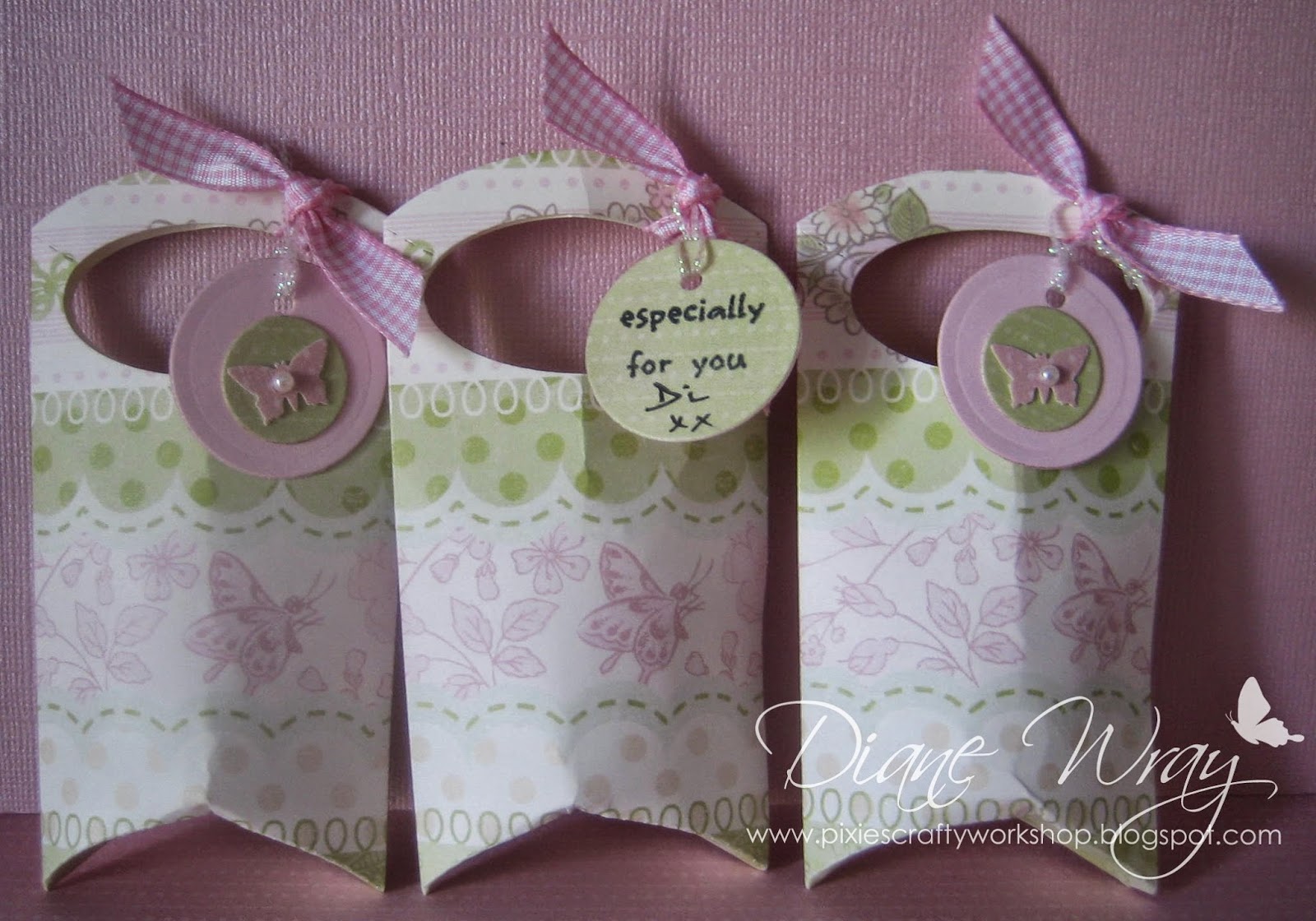 Sigh, the contents were such a tight fit that the pillow boxes did get a bit distorted but I still thought it was worth showing a different way to use the pillow shape.

- papers from DCWV's 'Preppy Princess' paper stack - I've had them since the beginning of time (almost!)

- Sizzix 'Box, Pillow' die - Sarn will remember how I went totally crackers trying to source this discontinued die about a year ago:)

- after assembling the box sides I used SU's 'Large Oval' punch to create the handles, I got the idea from here, and then popped the other ends inwards and fixed them with double sided tape because the contents were gonna be little bit weighty and also a tight fit

And here's one of the 'cuties'. I'd bought these teeny carved stone elephants in Thailand last October as little gifts: 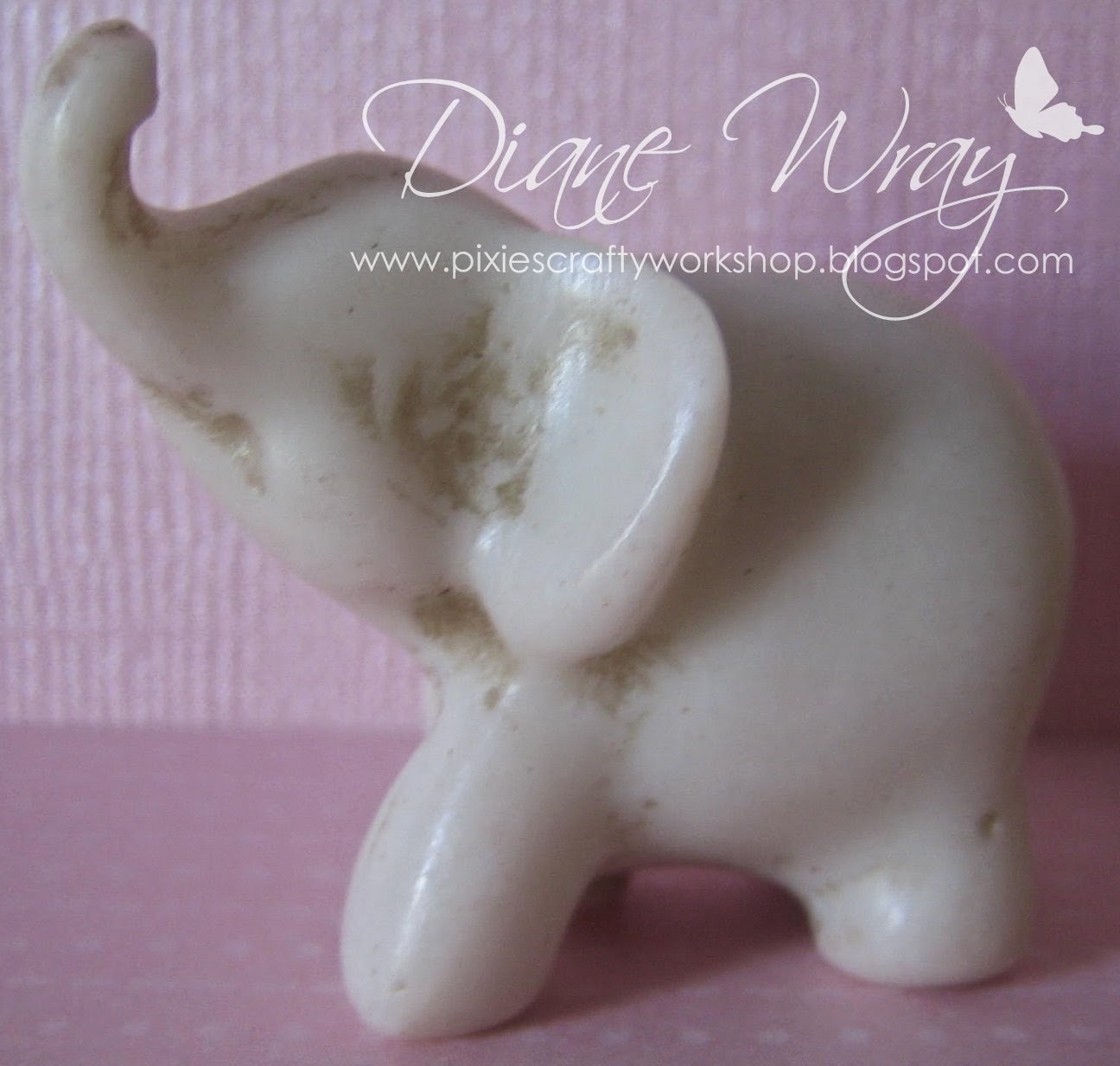 He's only about 1" high although I have to say, his Mummy didn't teach him to clean his ears did she?!

Len and I both tend towards Buddhism due to our frequent trips to Thailand, plus I'm a bit superstitious and do believe that elephants are lucky, especially white ones.

Elephants are often associated with good or bad luck and, in Buddhism, they are also regarded as a symbol of strength, wisdom and prudence. The elephant is a sacred animal in Buddhism because it was said to have offered flowers to Buddha. According to Buddhist beliefs, elephants should be placed high on a mantel or shelf, or on an altar.

The elephant's luck-bringing properties are now even better known because of the increasing interest in the Oriental practice of Feng Shui. This set of ideas, based on the principle of yin and yang, attempts to improve balance and harmony in man-made environments, particularly with the positioning of furniture or objects in the home. According to Feng Shui beliefs, the trunk of an elephant should point toward the front door or to any door to the outside. It is believed that this can draw in money and prosperity.

Mind you, I did have a bit of a giggle when I found the above explanation on the web - some wag had responded 'You could stand it on its head and that wouldn't change what's in store for you'. Maybe so, but perhaps every little bit helps :)