A little while ago Sarn made this gorgeous card using wax crayons to resist water based inks - it was a weekly 'pick' in the Playground too. So, being me, off I trotted to buy a packet of wax crayons, just the ones that kids use (Crayola from Sainsbury's). Then I started to look at how to use the crayons and found a slightly different twist here shown by Meryl Holland - but still based on the principle that the wax resists the water based inks. 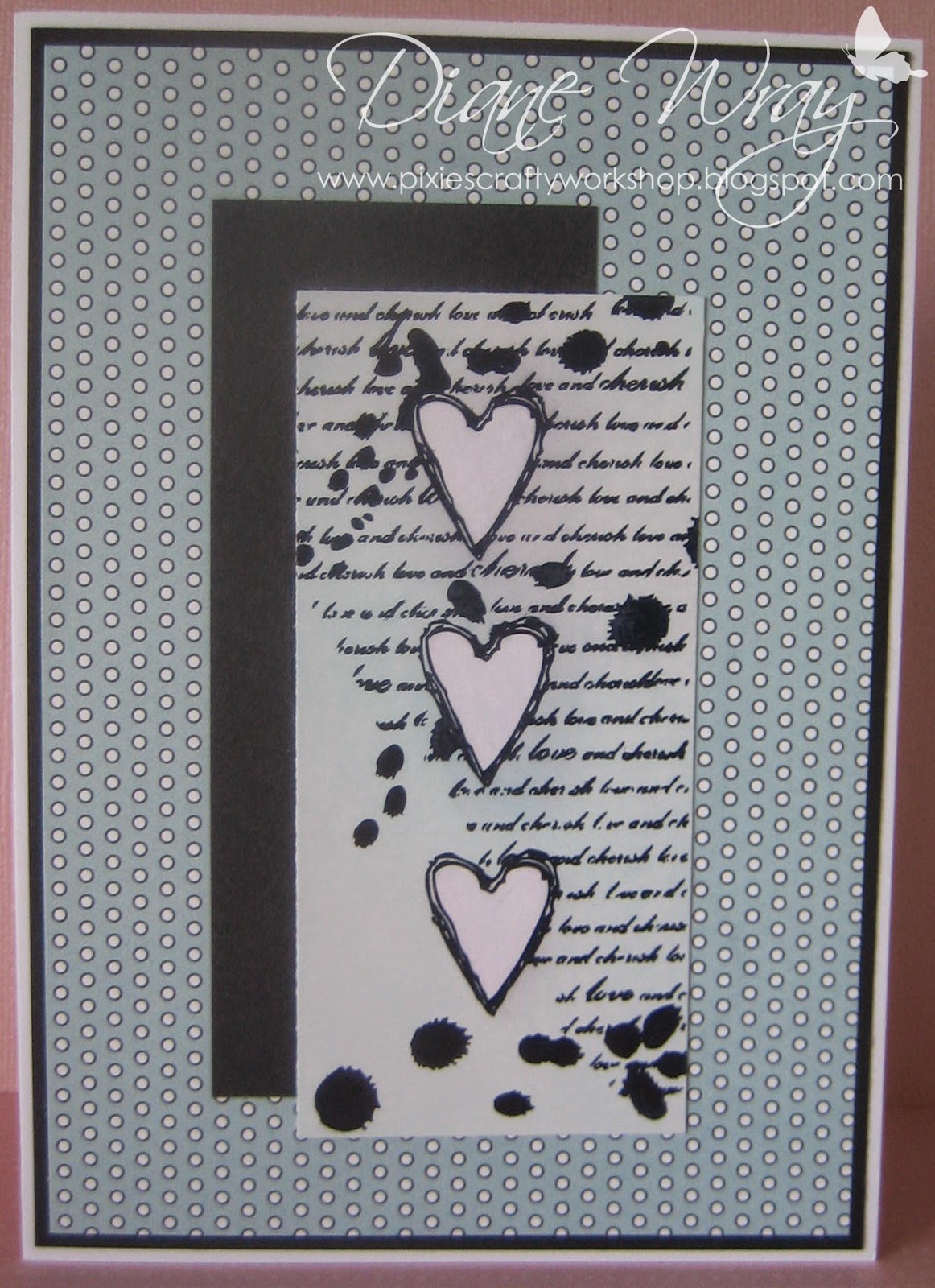 - snippets of black card for matting/layering

- a snippet of patterned SU card from the snippets folder

- a piece of Clarity White Coated/Silk card, an Anita's stamp which is many years old and just happened to be on a shelf right in front of me and an Adirondack Black Archival ink pad (Stayzon would work as well). Stamped the image onto the piece of card and left it to try - you can speed things up with a heat gun, which you need for the next step anyhow.

- wax crayon, happened to pick a red one but in truth the colour doesn't matter as it won't show in the final article. Then coloured in the hearts on the stamped image using the crayon and making sure the hearts had a really good coating just as if you were doing normal colouring in

- then I used a makeup sponge to whisk TH 'Tumbled Glass' and 'Milled Lavender' Distress inks over the whole image - just picking the ink up from ink pads, although you can use daubers and of course you can use colours as strong as you like to get better contrast

- lastly, I took a paper tissue and rubbed all over the image - that lifted any red colour from and left the hearts clear white

- oh, then I trimmed the image and assembled the card of course

If what I just said is as clear as mud, the link to Meryl's tutorial is at the top of this post - I do like that she's so down to earth.

Of course, am now looking at other stamps to check out possibilities and still want to try Sarn's wax resist technique :)

Len sometimes says that the time will come when there's nothing new to try - how wrong can you be?!