Wahoo, we actually had sunshine in the Playground at times this week - happy dance here.

Straight in, here's my snippets card: 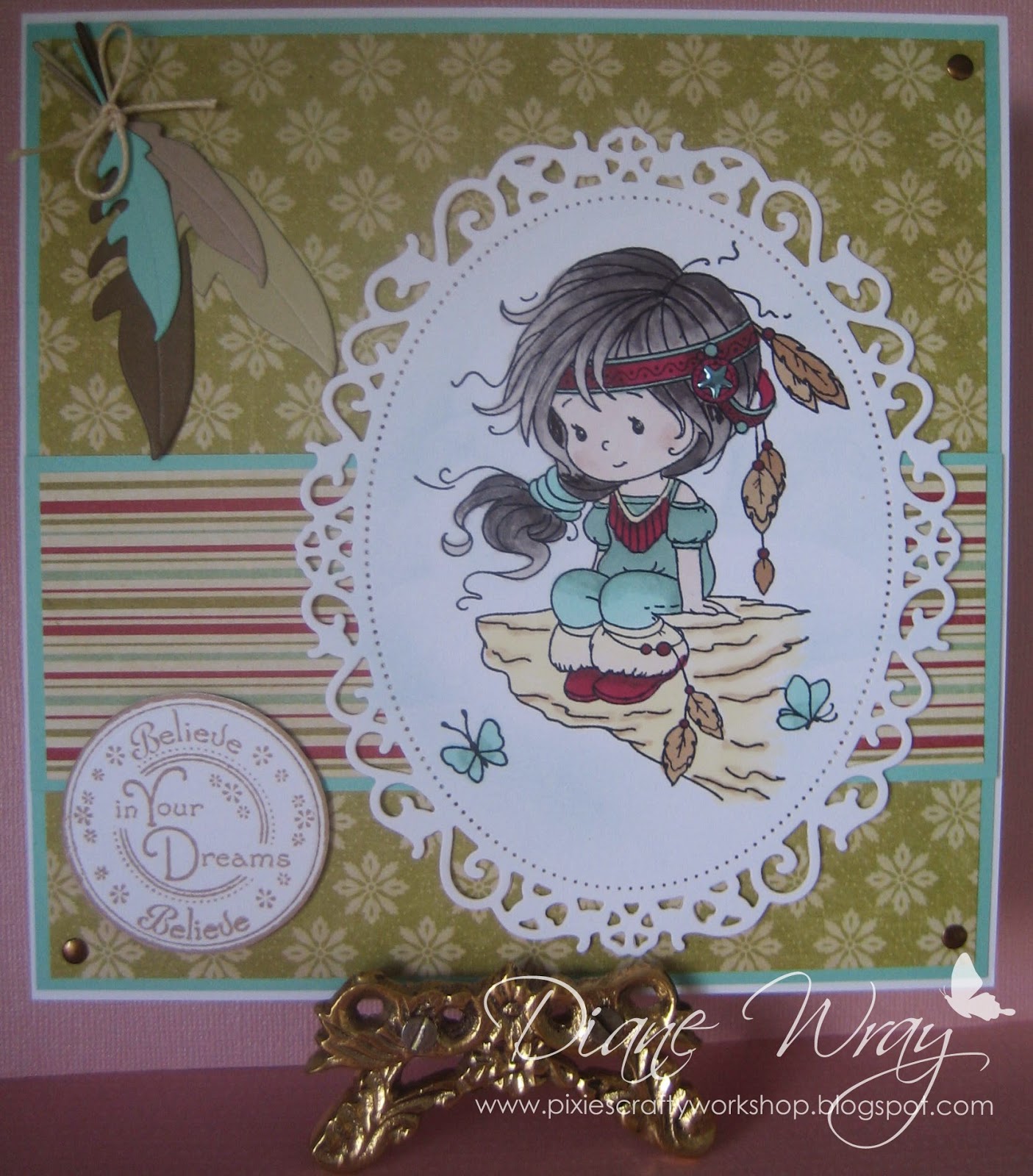 - an adorable stamp I bought a while ago, one of those you sigh over for ages before risking playing with it in case you don't do it justice. It's foam mounted and made by Whimsy Stamps, called 'Wyanet' which means 'beautiful' in North American Indian apparently - and she totally stole my heart. Coloured with Pro Markers, some tickles of Adirondack 'Aqua' ink pad and a cloud template (which have disappeared in the photo) and then die cut with the largest of the Nesties 'Floral Ovals' die set

- I used SU's 'Coastal Cabana' card stock to back the patterned papers which are one whole 'kind of flowery' sheet and a striped snippet, both from a Raspberry Road' 'Love Lives Here' paper pad, free gift with Quick Cards Made Easy magazine. The 'belly band' hides the fact that the striped snippet wasn't wide enough for the card so I halved it and just stuck it onto either end of the full width 'Coastal Cabana' backing strip and the image hides the gap

- the feathers were die cut from a selection of teeny snippets I dug out from the snippets folder, I used a Memory Box die called 'Wild Feathers' and just tied a snippet of twine round them. Ha, that turquoise feather was in and out of the set more often than a fiddlers elbow - in the end I left it in for a touch of brighter colour and to pull the turquoise 'Coastal Cabana' together :)

- the sentiment is LOTV from the 'Dreamy Days' set, stamped using Memento 'Toffee Crunch' ink pad and then hand cut

- lastly I added coppery brown Josy Rose nail heads to three corners and a turquoise Josy Rose star-shaped nail head to Wyanet's head dress. There was a star there in the design already but I thought she might like a little bit of 'bling' and the nail head fitted perfectly

So onto this week's picks - and what a headache you gave me, as usual! 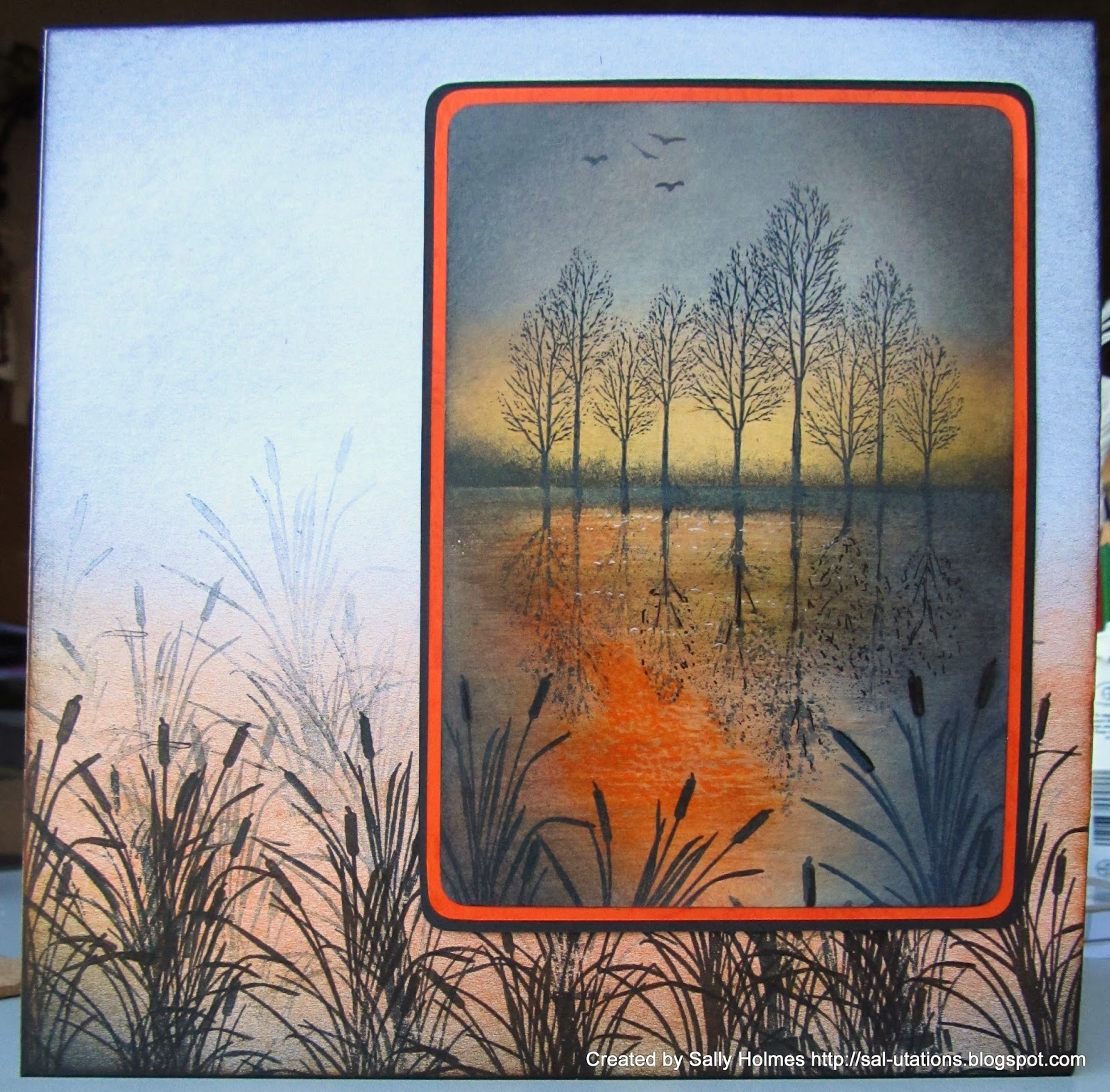 What a stunning scene, created by Sally who is so, so good at these. 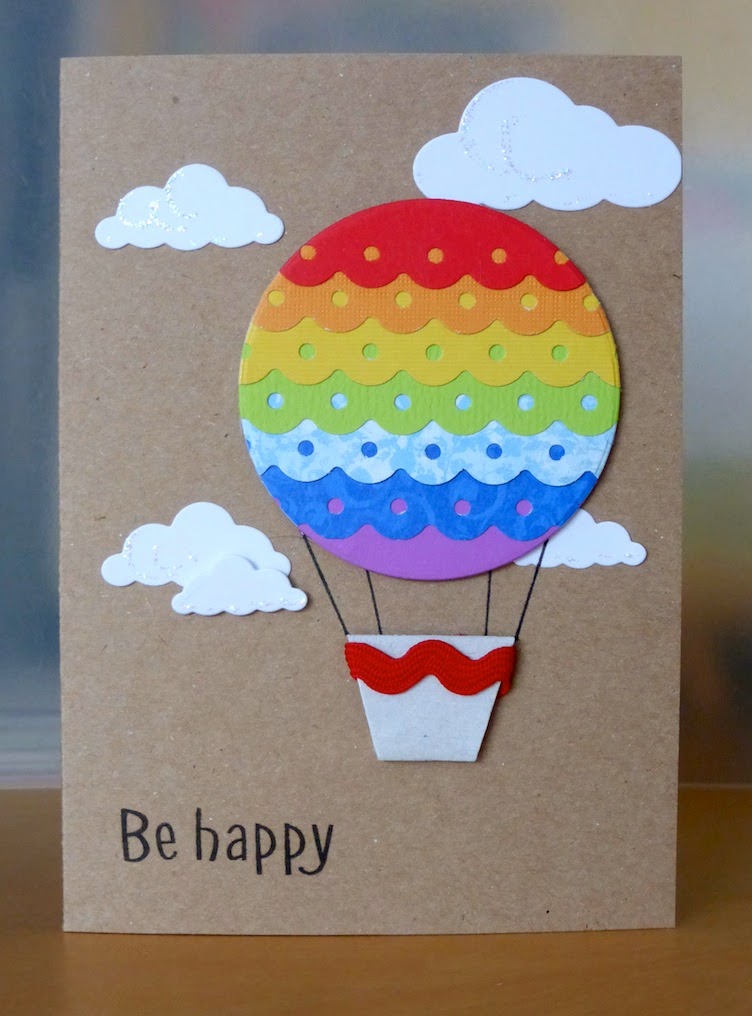 How about this for an amazing way to use up snippets? So colourful and a brilliant design by Squirrel. 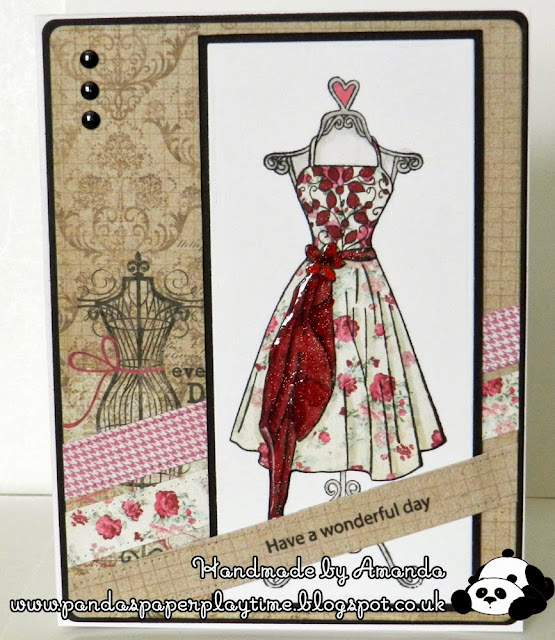 Amanda is a whizz at paper piecing and this card is a perfect example - I love it! 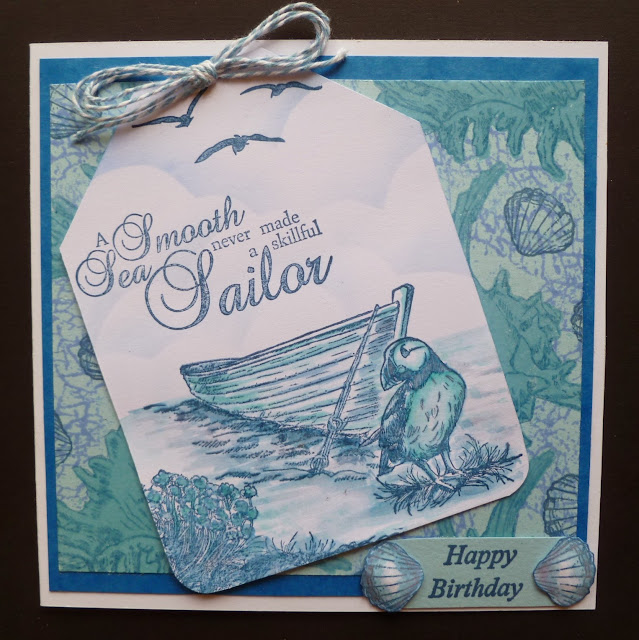 What a fantastic card, made by Pat - it reminds me so much of the place I still call home - Northumberland. Each step is explained in Pat's blog post - and at first I was convinced that those little cockle shells on either side of the 'Happy Birthday' were real ones. 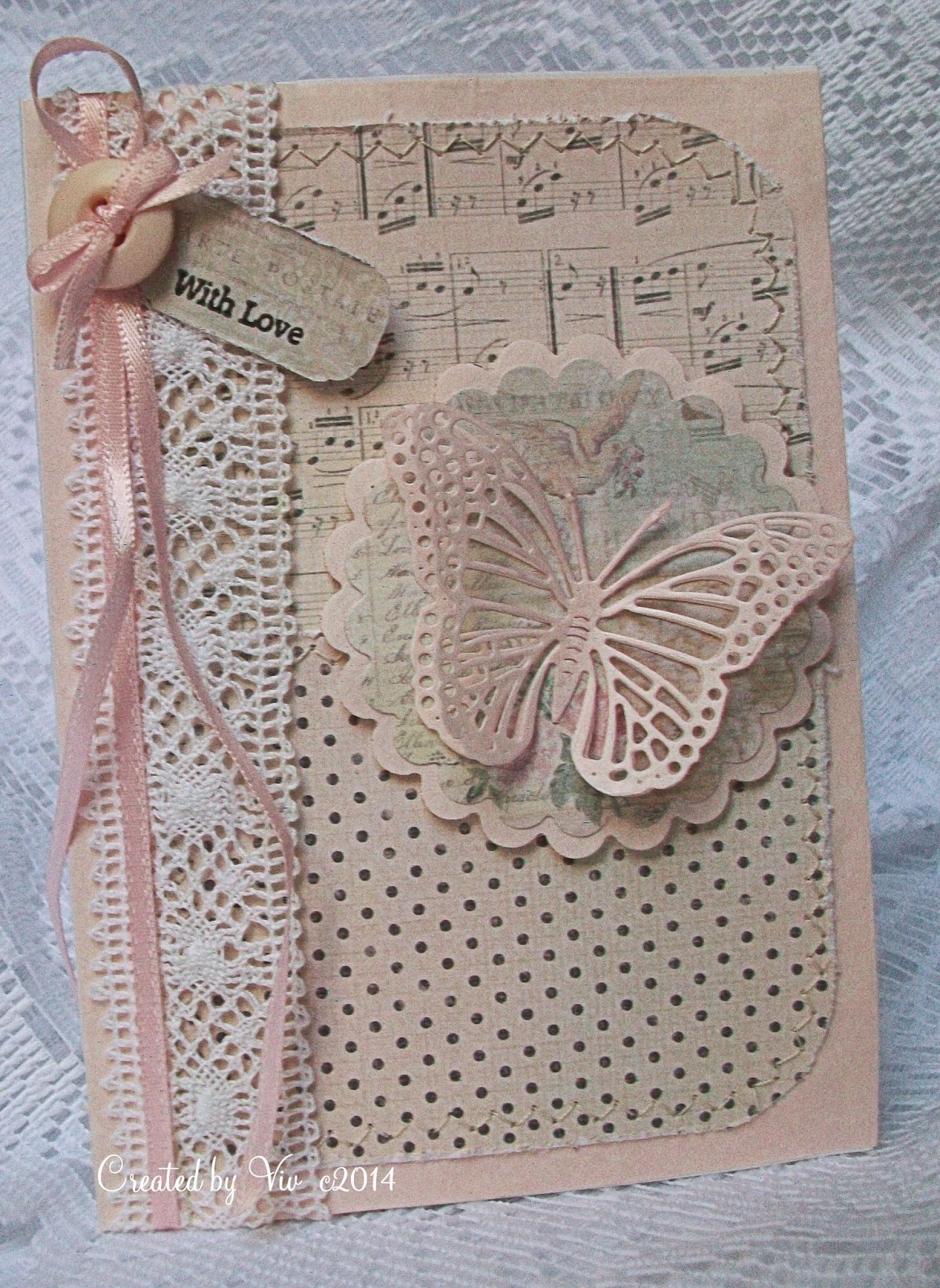 Gosh I do so love this card, made by Viv. Every detail is just so right for such a soft and pretty make - beautiful! 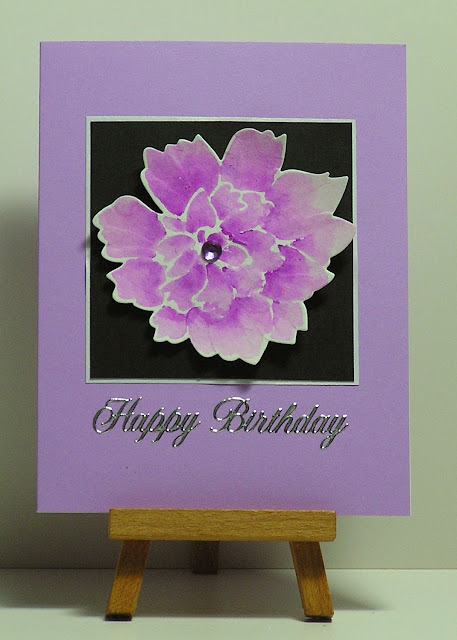 Isn't this absolutely beautiful? Cathy R made this gorgeous card and the really clever trick is how she used the die as a stencil! All is explained in Cathy's blog post if you want to have a go :) 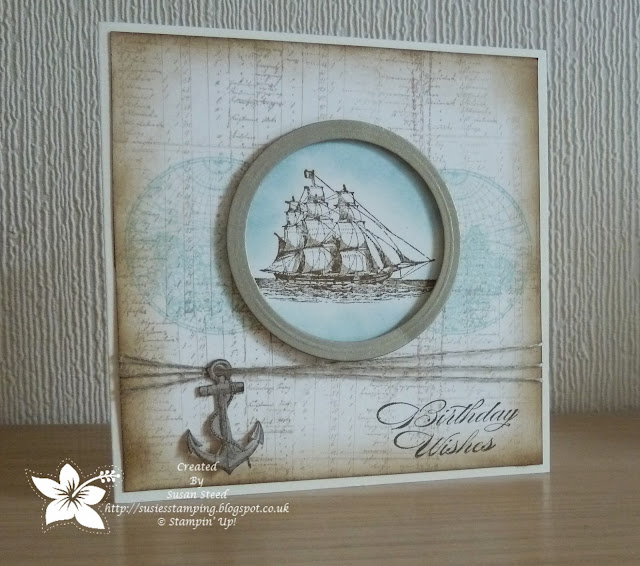 Sue made this perfect card for a chap. I love how you feel as if you're looking through a port hole at the passing schooner - great stuff!

And we had some super makes this week which just HAVE to be included as pop-up/exploding/flap/etc. boxes are absolutely all the rage just now: 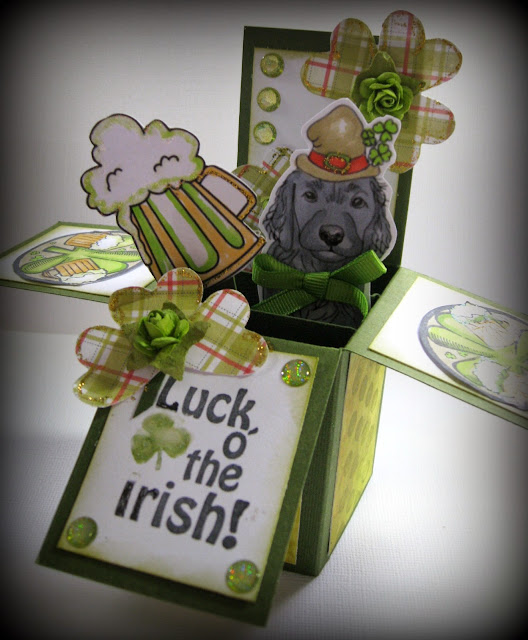 This fun filled one was made by Mary Anne, for St. Patrick's Day.

And then Debs raced into the Playground, unaware of Mary Anne's box, with these: 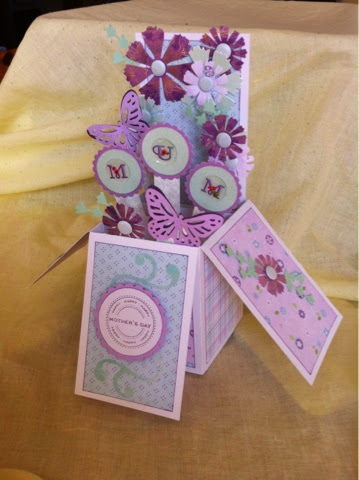 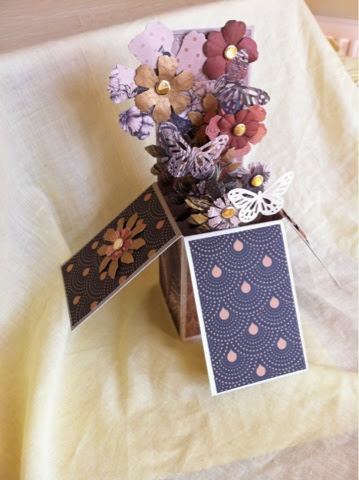 What a fun way to use up snippets, AND Debs has kindly put some instructions on her blog post. Can we expect lots of boxes this coming week in the Playground then?

Whew, I could keep going but those are my picks for this week!

And, we have three new playmates too - yay! 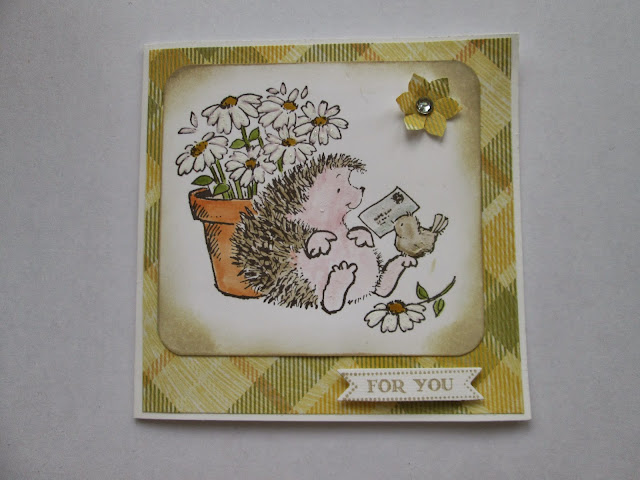 Jan F, with this adorable card - and such a neat trick to cut a flower from the backing paper! 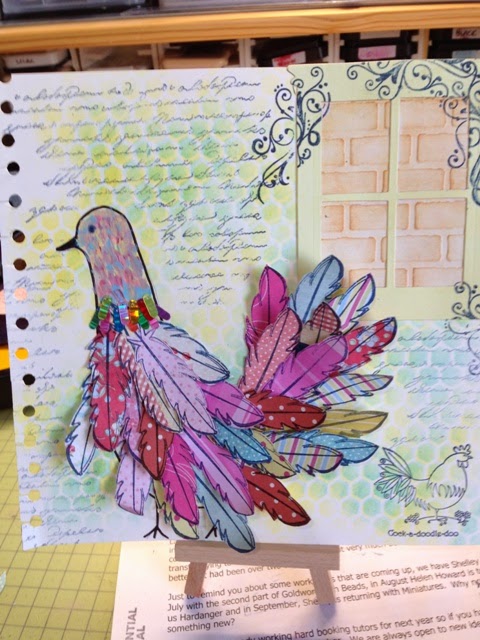 Janet popped in with this glorious bird - LOVE the tail feathers, such brilliant use of snippets. 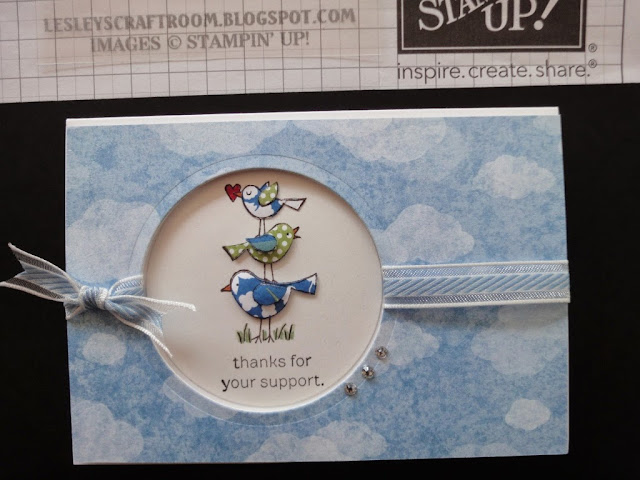 And Lesley G hopped into the Playground waving this adorable card. What really amazed me is that I have this beautiful little stamp and Lesley's paper piecing would have been tiny and very fiddly to do!

Welcome to the Snippets Playground girls, hope you see you back again really soon :)

And now, the winner of the set of Patchwork Templates is:


Oh well done Karen! I know that Karen isn't too well right now and 'supposedly' taking things easier than usual - but this gal is one prolific card maker and never fails to enter the Playground each week. Hope it cheers you up Karen! I do have your address and will post the templates ASAP this week.

And this coming week's prize is of course your very own 'Wyanet' stamp, plus a Memory Box 'Wild Feathers' die set. I know that feathers are really popular right now and I dithered for ages over which set to buy, I love the big ones but plumped for the MB set as they aren't too big to go with an image :) 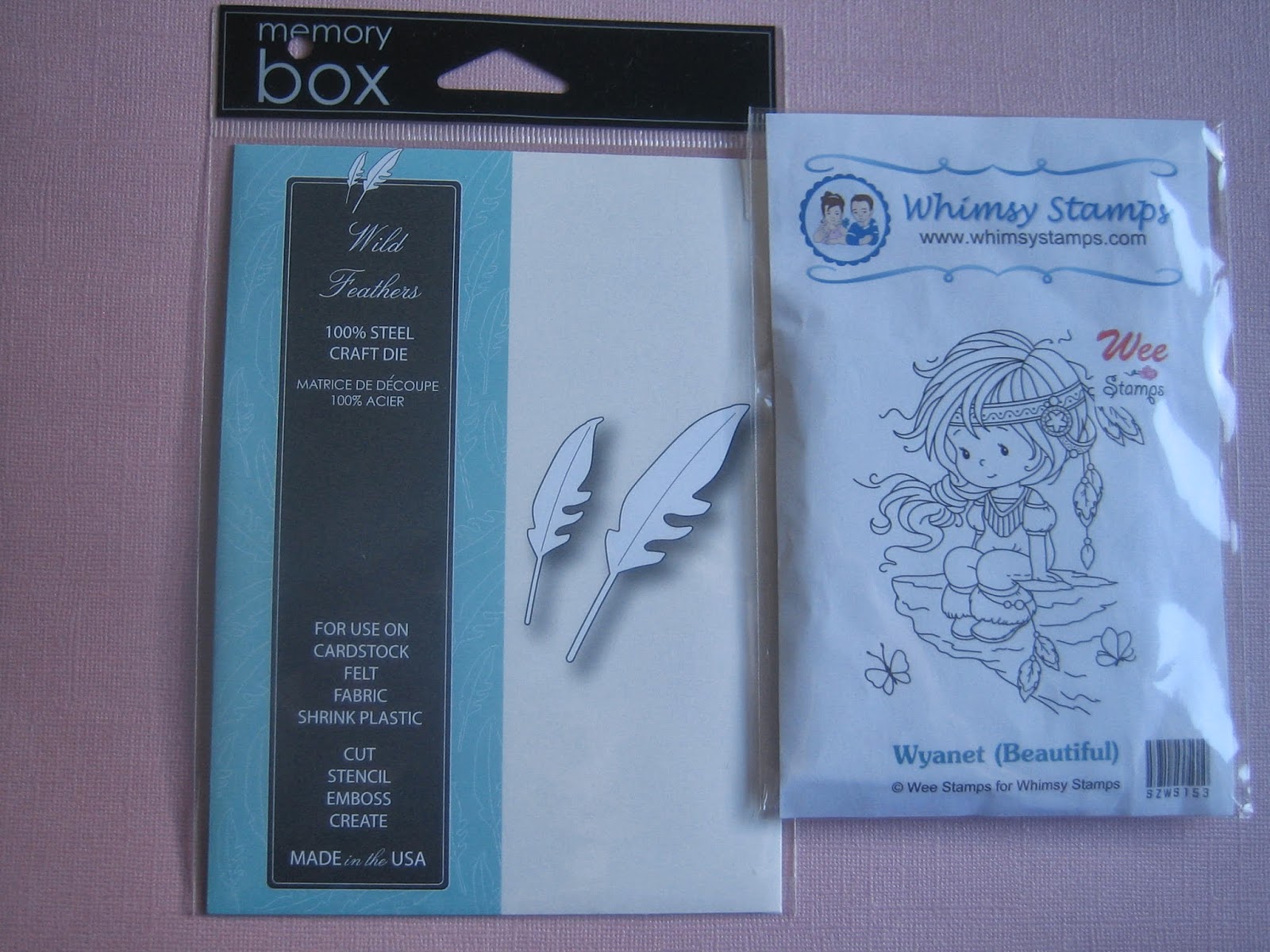 As usual, the snippets challenge will run for one week and the Playground gates will close at 11am UK time on Saturday 29th March and will open again at midnight UK time on the same day. Maximum of three entries and please say 'No thank you' in a comment if you wish to still play but not be the winner of the prize. Of course, if you're really only interested in one part of the prize than say so and I'll do a second draw for whichever item you don't want.

Mr Linky is below - please let me know if you have any problems linking, I can sort it out for you quite quickly and am always happy to do so.

Have a great week - let's hope that the signs of Spring continue, but don't take your Winter vests off just yet! And, it's Rudolph Day beginning on Tuesday over at Sarn's.