This is one of my favourite German Christmas Carols, learned when we lived in Germany - ahem, many years ago now. So when I spotted this week's challenge over at Craftyhazelnut's Christmas Challenge was to use some green on your card, it was a no-brainer and had to be a Christmas tree. And then I found a 2013 Christmas card just waiting to be upcycled - this was the result: 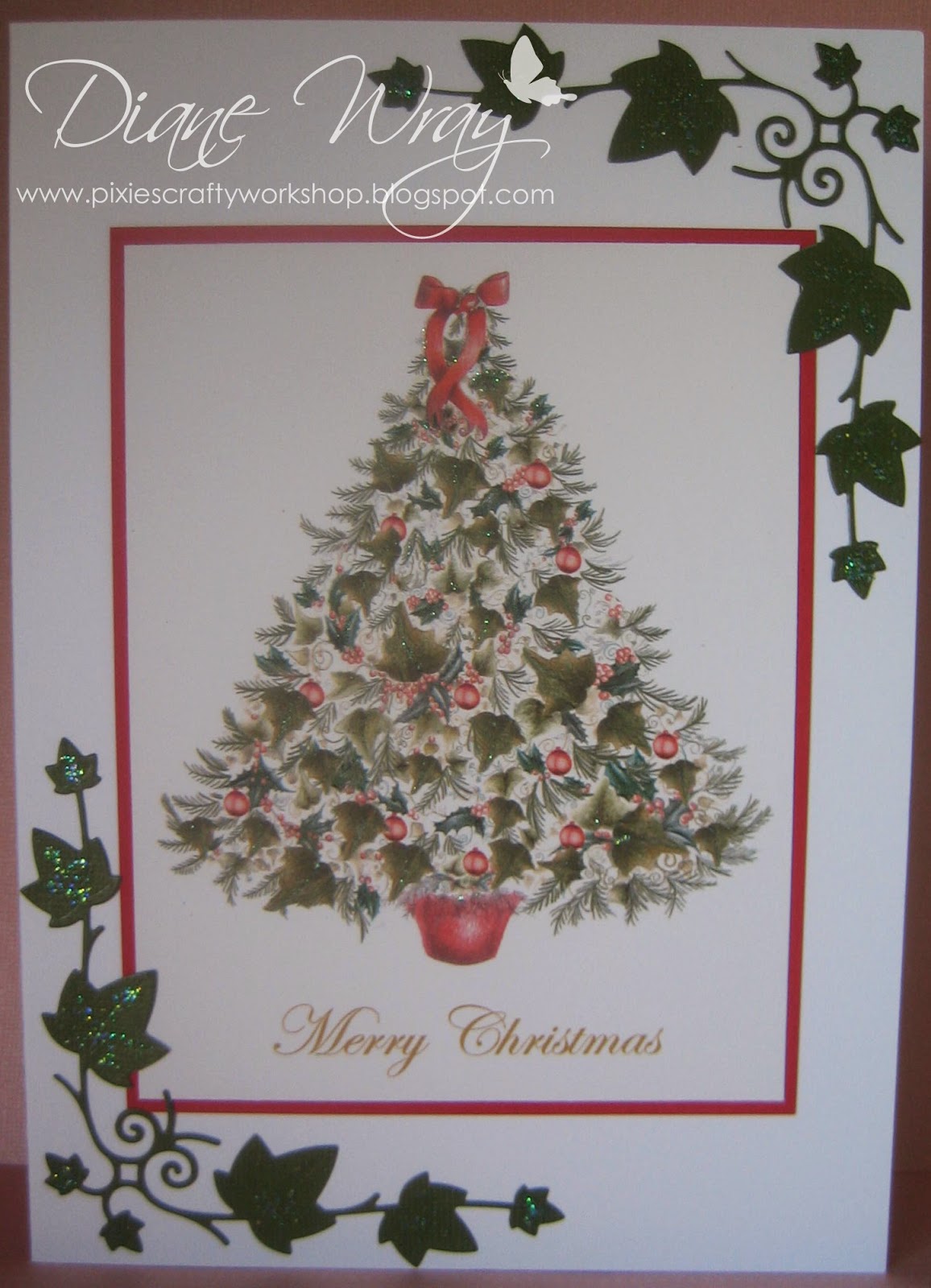 - upcycled already slightly sparkled Christmas card, most of the front really, trimmed (including the sentiment, stroke of luck there) and popped onto a backing of SU 'Real Red'

- the final touch was to echo the sparkle on the leaves in the card image onto the ivy corners. I mixed little squeezes of Stickles in 'Green, Lime Ice and TH Peeled Paint' together on a scrap of paper to get the right shade - each leaf is sparkled but they don't all show up well in the photo

Totally LOVE the ivy corner die, which I first spotted in use over at Sue P's blog. Of course there's also one in the Playground Toy Box as a future prize too :)