The current challenge over at Less is More is one layer, with the theme of Spring Flowers. I chose a single tulip: 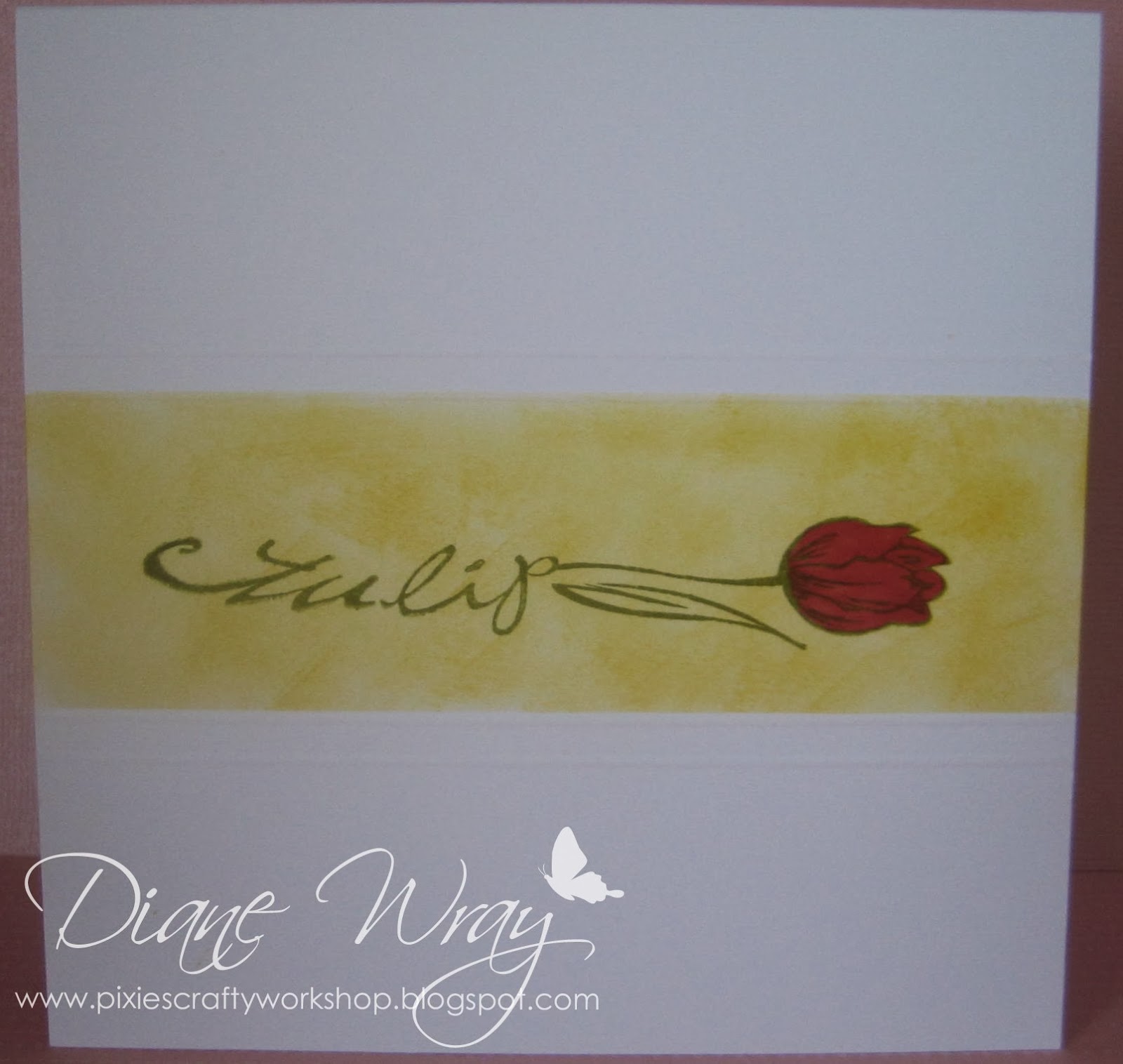 - the stamp is one of the very first ones I ever bought, it's from a set of five, with no name, and they were a real novelty at the time as they're clear stamps already mounted onto acrylic blocks and the stems on some spell out a flower name or some other wording. Sigh, the fact that they don't stamp brilliantly is a shame - perhaps they were just a tad before their time. However, I used SU 'Old Olive' to stamp the image and a 'Ruby' Pro Marker to colour in the head of the tulip

- then to finish off I just added a couple of score lines above and below the yellow stripe using the trick of scoring on the right side and then flipping the card over and following the same lines to raise the lines on the right side. I did giggle here, another lovely bloggy friend used this trick recently and said they'd spotted it elsewhere - I jumped in and squealed what a good idea. Then subsequently realised it was probably me that had done it 'cos that's always how I score when I want to follow a line on the front of a card :) Just make sure you don't press too hard when you flip it over for fear of ripping the card

- of course the Pro Marker did bleed through the card so I just backed the inside with a slightly smaller square of white card. Chrissie assured me ages ago that it still counts as one layer :)

The background reminds me of rag-rolling - anyone else remember when that was all the rage and we rag-rolled, stippled and stencilled walls like there was no tomorrow?

Edit: The lovely Jules reminded me where the stamp set came from - Lakeland Limited, back in the days when they sold craft goodies - apparently she has the same set too :)