We're still rolling along with the celebrations in the Snippets Playground!

Here's my snippets card for today: 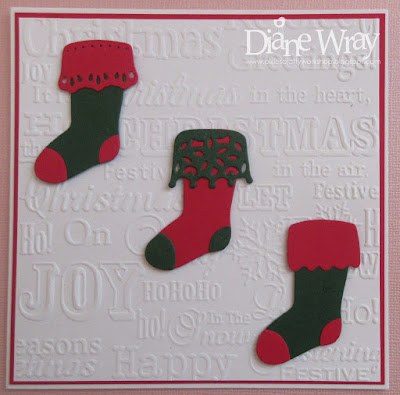 - a snippet of white card stock, embossed using the Sheena Douglass 5" x 7"  'Christmas Greetings' embossing folder and trimmed slightly smaller than the red backing before being glued onto the card front

- next I dug out some little snippets of green card plus more SU 'Real Red' to die cut the stockings - using the Crafter's Companion 'Christmas Stocking' die set. I love that this little set even comes with the extra dies for the heels and toes!

These little stockings would look great suspended from a twine 'washing line' with little pegs - but, I was still taking it very easy and went for a card that would just quickly showcase the prize(s) on offer today - which are: 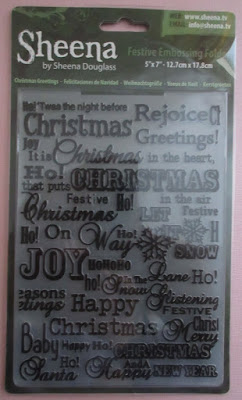 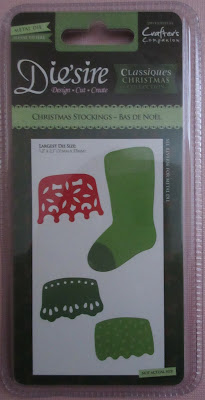 Please just add a comment underneath this post if you'd like to be in the draw for this particular prize - which is all one prize unless you'd only like to be in the draw for either the embossing folder or the die set - in which case just say so and I'll do a second draw for the other part of the prize if you win. But, as usual, both items do make up one single prize unless you say otherwise.

At the end of all of the celebrations I'll do a massive draw session for all the prizes using the one Mr Linky - which is on the main snippets post HERE - so you do need to have entered at least one snippets make over on that post to be in with a chance :) Maximum of three entries please.

And there's still more prizes to come so keep on checking!