We're into December now - and it's also less than three weeks until Christmas Day. Bet you really needed to hear that didn't you?

This is my snippets card, deliberately kept clean and fresh: 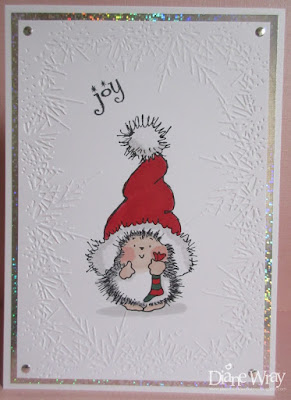 - a snippet of silver holographic card for the backing 'frame'

- embossed the image panel using a new die by Sheena Douglass called 'Frosty Ice Border', bought after seeing it on Liz's blog and also featuring it as a weekly pick

- tickled here and there using a clear Wink of Stella brush pen - the fur, the area that the hedgie is standing on and a few touches around the embossed border

I know that loads of you have already been over to Sarn's to comment on this fabulous card - such a beautiful scene, snowy hills, trees and falling snow - just perfect and I love it! 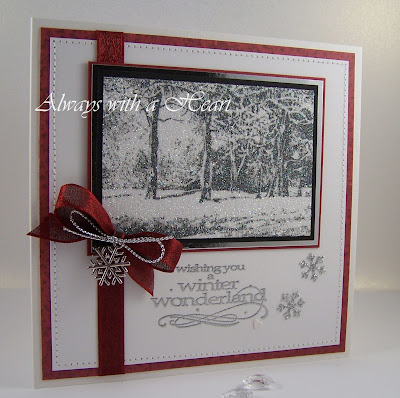 Despite being so busy, Jules found time to hop into the Playground with this stunning Christmas card - so rich and very elegant, and isn't that stamp amazing?! 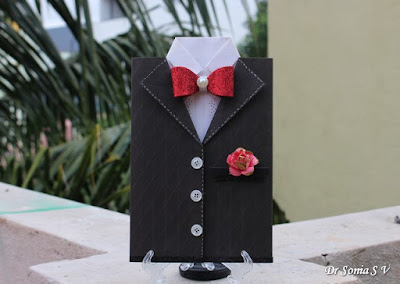 I just love this tuxedo shaped money holder, brought to the Playground by Sonia! I've seen cards made in a similar fashion but never a money holder - hop over to Sonia's to see what it looks like open! Another clever creation from Sonia :) 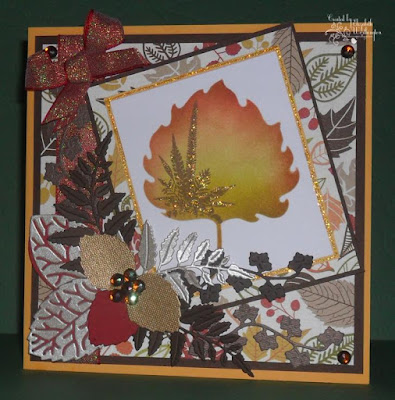 What a wonderful Autumn card Elizabeth made - using plenty of snippets too. I love all the different shapes and shades of the foliage - a great card! 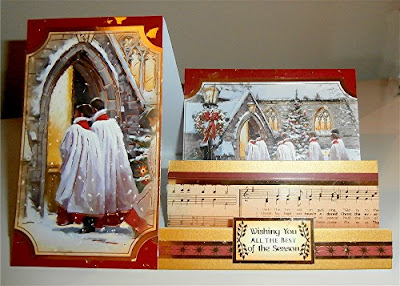 Stepper cards are always special, and this one made by Hazel is a really lovely example. I love how the images are perfectly complimented by the music paper - clever touch! 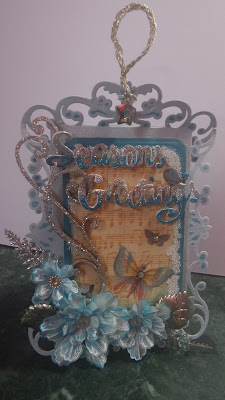 And last but not least, this really is a wonderful wall hanging, brought to the Playground by Vinita not long before the gates clanged shut! I love all the blues, sparkle and those fabulous flowers!

We have one new playmate this week: 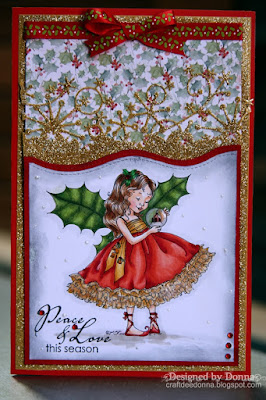 Just look at this stunning card, brought to show us by CraftDee Donna. It's stunning, so rich - but on top of all the beautiful red, green and gold - what amazing colouring!

Welcome to the playground Donna and I do hope you come back to play again soon.

April
Congratulations April! A last minute entry, once again showing that it's never too late to come and play. It's May since you last won and I do still have your address April and will post your prize off to you as soon as possible.

Time now for the prize for this coming week - it's a Penny Black 'Santa's hat' wood mounted stamp and/or a Sheena Douglass 'Frosty Ice Border' embossing folder of course. Rubbish photo of the prize, especially the folder as one side is black (makes it easier to spot the right way up though) and what's great is that it's a generous size, 5" x 7": 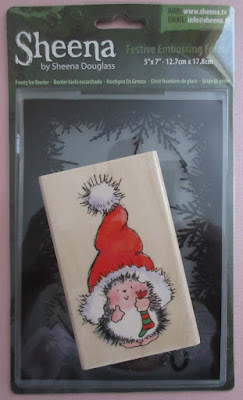 I'm very much aware that right now a good few of the prizes are Penny Black stamps. Whilst I, and many others, do love 'cute' - the Penny Black stamps won't appeal to everyone and that's why I'm sort of doubling up a bit and adding something else into the prize that you might just want anyhow.

The Snippets Challenge will run for one week and the Playground gates will close at 11am UK time on Saturday 12th December. The gates will open again at midnight UK time on the same day.

Maximum of three entries and please say in a comment if you wish to play and be a possible winner of the prize. Do say if you only want one or other part of the prize (the stamp or the embossing folder) but both are up for grabs as one prize of course and will only be split if the first name out only wants one or other of the items, in which case I'll do a second draw for the other part of the prize. And please also link back to the Playground in your blog post to be eligible for the draw.

I certainly wish it was a lot longer than three weeks until Christmas, have had a little setback here and rest, rest and more rest seems to be the best that can be offered right now.

Have a good week! I certainly hope mine improves - unable to craft at all so apart from Tuesday's Cuttlebug Mania DT card absolutely nothing is made or written up. Well, I lie, there is a card made which would be good for next Sunday's snippets post - even though that wasn't the initial plan. But, so long as I'm at home I'll be keeping tabs on the Playground so do come and play :-)