A good while back I discovered that this is a really fun way to use up papers instead of the stamping technique, although I still love that as well of course. Previously I'd only ever made cards with three layers using papers - but this time I opted for four layers as my 'quadruple': 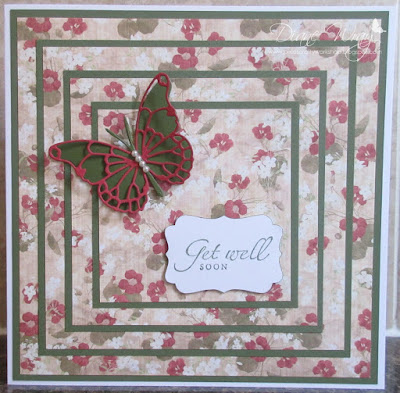 - the butterfly was die cut from a snippet of 'Always Artichoke' and a snippet of SU's 'Riding Hood Red' card stock - using the fabulous Memory Box 'Darla' and Vivienne' dies. Layered together with the lacy butterfly only stuck in the centre, fixed to the card front with thin sticky pads and then a few pearls down the body