Well, I bet this might have some of you flummoxed - 'yes' you did see my snippets card for this week over at Less is More yesterday and also on my blog. This week's challenge over at Less is More is to use snippets and I would be so thrilled if you could try to join in. To be honest, a clean and simple card isn't always easy using snippets - but if I can do it then am sure anyone can. To recap, and to save making another snippetty card for today (me not as daft as I look), this is what I made: 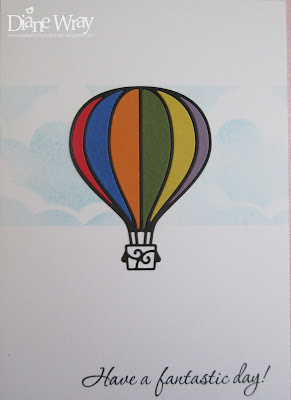 - then I stamped the sentiment using Memento 'Tuxedo Black' ink and a stamp from the 'Good Friends' set by Hero Arts - I do usually stamp sentiments first, purely to save spoiling a finished card which could have taken ages, with a smudge or whatever :) And it IS straight I promise, it's the photo that's 'on the wonk'!

- next I masked off a panel across the card using Scotch removable tape, plus some Post-its for good measure, before adding clouds using a duster brush, Tim Holtz 'Tumbled Glass' ink pad and an A6 stencil by Dutch Doobadoo called 'Clouds'. It's fine to use this stencil on bigger cards, just remember not to go right up to the side edges before moving it across a bit

- then came the snippets fun :) I first of all die cut the balloon from a snippet of black card using a fabulous Joanna Sheen Signature die called 'Hot Air Balloon'. I'd backed the black card with 'Stick-It' adhesive film which did make the whole process much easier. I then stuck the balloon onto the cloud panel - my measuring had worked a treat as I wanted the gondola itself to be against the white background rather than the sky

- next I lined up six little snippets of card and backed them with 'Stick-It' adhesive film. They were literally just little strips of snippets so I did have to take great care to make sure I cut and lined up them properly when cutting out the little panels, one by one, sigh :( Never choose the easy route of course!

And here's a tip - after I'd stuck the black outline die cut of the balloon onto the card front, but before adding the coloured panels - my OCD kicked in. Even the microscopic width of the cut around each panel could have meant some white card peeking from behind - so I inked around the inside of each panel with a black Whispers marker! It made the visual lining up of the die cut panels much trickier I must admit, but with the aid of a really strong pair of specs and my daylight lamp it was feasible and of course when properly lined up they do sort of 'slot down' into place :) And no 'white bits/bikini marks' as they say :)

And it was also a special Birthday for Chrissie over at Less is More, she's celebrating being 70 years young, which made it all the more exciting :)

OK, back down to earth (pun totally intended!) and here are this week's Playground Picks - and I've had to limit my choice this week. After the Less is More post went live yesterday it was mayhem here, I really was blown away by how kind everyone has been about my GD spot - mwah!! And, as the icing on an already  luscious cake, my 'Graduation card' made it into the top five over at The Allsorts Challenge - everything seemed to come along at once: 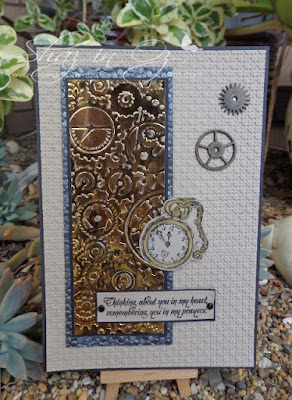 Shaz in Oz made this fabulous card to show us, I especially love the gold embossed panel - looks so rich and just perfect for the clockwork theme. And a perfectly designed card I'm sure you will agree. 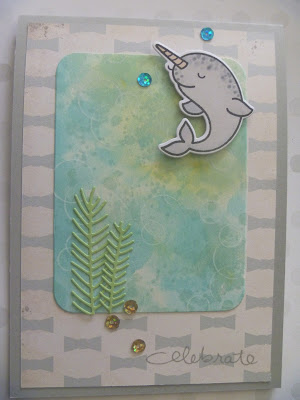 Isn't this just the cutest norwhal ever (they're also known as 'The Unicorn of the Ocean'). Wonderful watery background and if you look closely at it you'll see that April used a really neat trick for the circular bubbles - the end of a sponge dauber and a marker dipped in white ink. My guess is that it's the hollow opposite end to the sponge itself that April used - very clever! 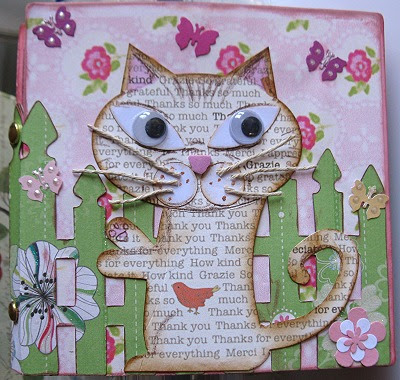 Now this image above is just the tip of the iceberg! ScrAPamondo scampered into the Playground and brought an amazing mini album - crammed full of wonderful detail and using up many, many snippets. This is the cover - and you really do need to hop over and see how the cat was cleverly created from a modified Sizzix die cut. 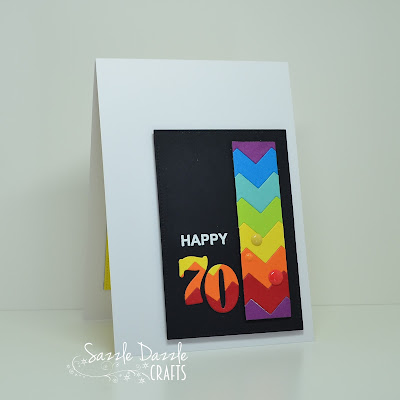 And finally, this was one of Sazzle Dazzle/Sarah's fabulous snippets cards made for Chrissie over at Less is More. I totally love the vibrancy and how clever to die cut the numbers from chevron pieced card stock. Wonderful!

I do hope you understand why I've cut down on the picks a bit this week - there were loads more I'd have loved to include, given the time. Remember, the thumbnails are still on last week's Playground post for you to check out.

And we had one new playmate this week too: 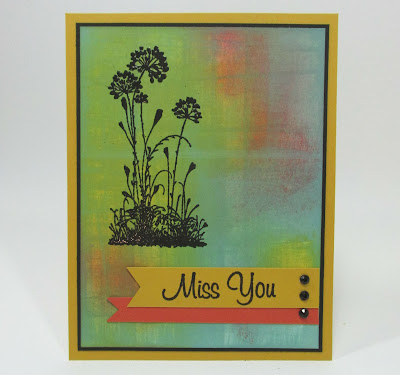 Dana brought this super card to show. Now, Dana is also a relatively new blogger with just a handful of followers, so it would be brilliant if you could hop over to say 'Hi' - and no doubt frisk her for sweeties whilst there! I did giggle, like quite a few people who come to play for the first time, Dana admitted to 'stalking' the Playground for a while.So glad you finally joined in!

And onto the draw for last week's prize, which was the Just Inklined 'Tutu Cute Washing Line' stamp - and our winner is:

Mary Anne
I still have your address honey and will take a trip to the Post Office and send the stamp off this week.

Now let's see the prize for this coming week, which is all connected to my Less is More Snippets card: 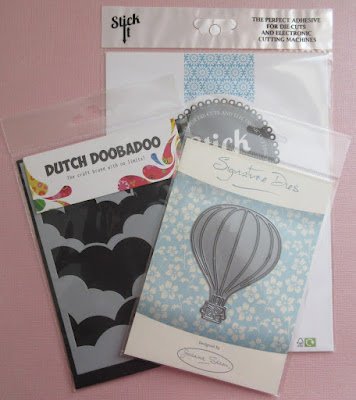 And we have a Dutch Doobadoo 'Clouds' stencil, a Joanna Sheen Signature die called 'Hot Air Balloon' - plus a packet of A5 sized Stick-It sheets to make fiddly die cutting and sticking easier - all the same as I used on my snippets card above.


The Snippets Challenge will run for one week and the Playground gates will close at 11am UK time on Saturday 1st August. The gates will open again at midnight UK time on the same day.

Maximum of three entries and please say in a comment if you wish to play and be a possible winner of the prize. Also, if you already have or aren't really interested in part of the prize but still would like to play for one or two items - please say so and if your number is picked as the winner then I'll do a second draw for the rest of the items. However, the prize IS for all three items unless I'm told otherwise in a comment. Do remember that you should also link back to the Playground in your blog post to be eligible for the draw.

Finally, remember that it's Rudolph Day over at Scrappymo's - you have until the end of July to enter, and the prize is a fabulous Memory Box 'Merry Christmas' die.