Yikes, the current challenge over at Less is More is based on the colour wheel:
And, the twist is that you have to use colours which are opposite to one another. 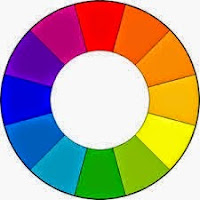 After lying awake in the early hours of Sunday morning, unable to sleep, I came up with an idea. Back in August 2011, I posted this photo on here: 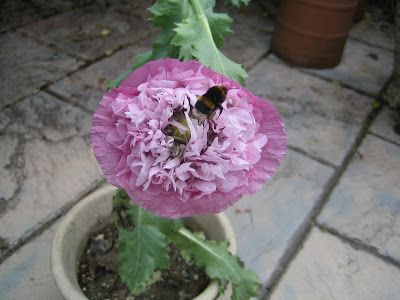 It was a double poppy (also known as a Peony or Shirley poppy). Much more vibrant in real life and Len had rescued it from a sports club he was in at the time as it would have been destroyed in some ground work that was to be carried out. We nurtured it for ages and finally it bloomed - and that's a bee you can see - going totally scatty over the pollen :)

Sadly, Fickle Phoebe as we called her, didn't reappear the following year - nor did the seeds we collected come to fruition. But the fabulous plummy/purple flower has stayed in my memory ever since - much deeper and vibrantly coloured in real life as I already said.

So, I came up with the idea of veering away from red and green for the poppies on this card and instead went for the paler of the two greens and the plummy/purple opposite on the colour wheel: 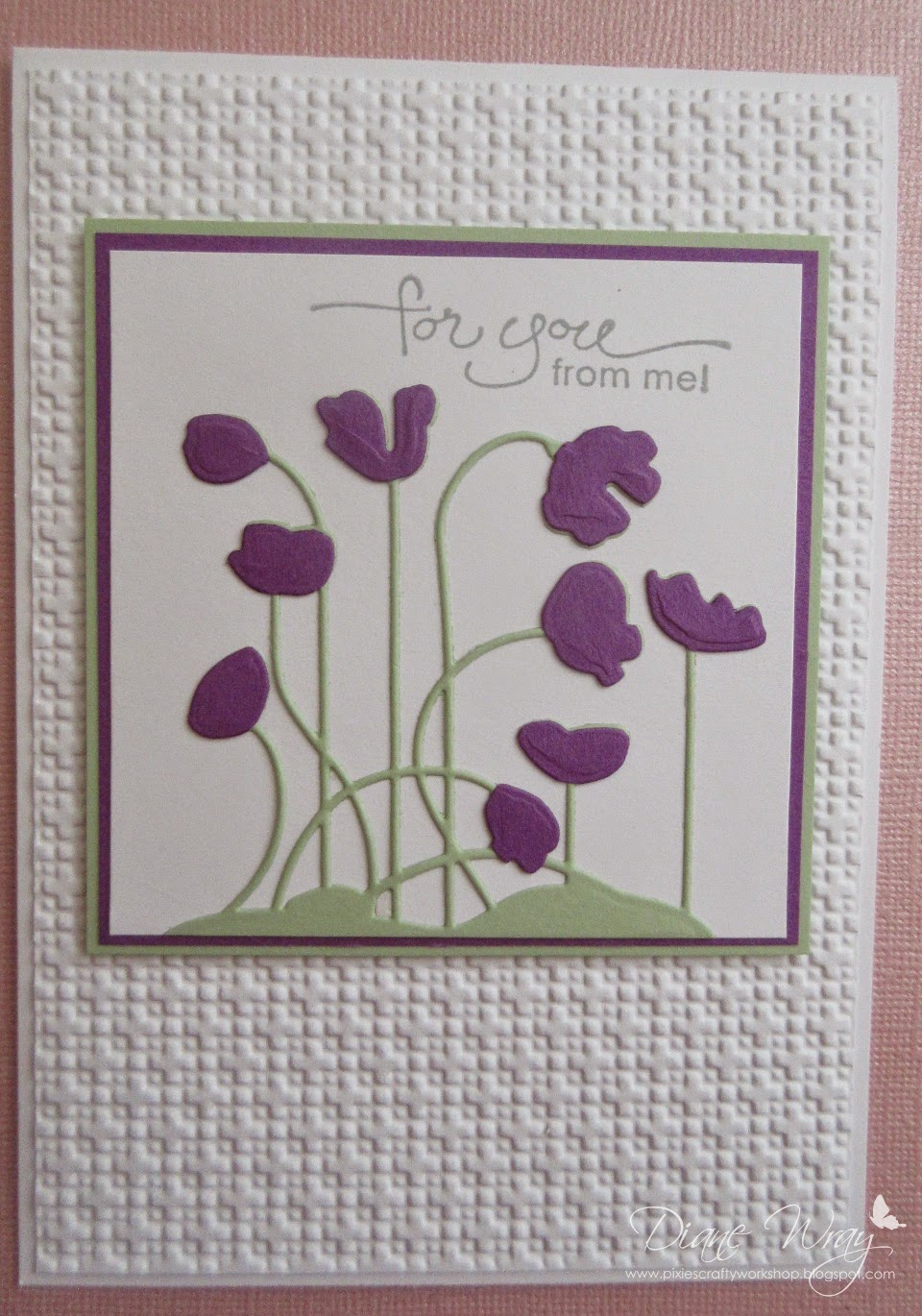 - next I used a Spellbinders Shapeabilities Die D-Lites 'Poppy Patch' die - cut from a snippet of SU's 'Pistachio Pudding' a snippet of plummy/purple card with the poppy heads snipped off the purple die cut and added on top of the green die cut. Fiddly but made easier by using Stick-It adhesive sheet when die cutting the poppies

- the sentiment is from SU's 'A Word for You' set, stamped using Memento 'London Fog'